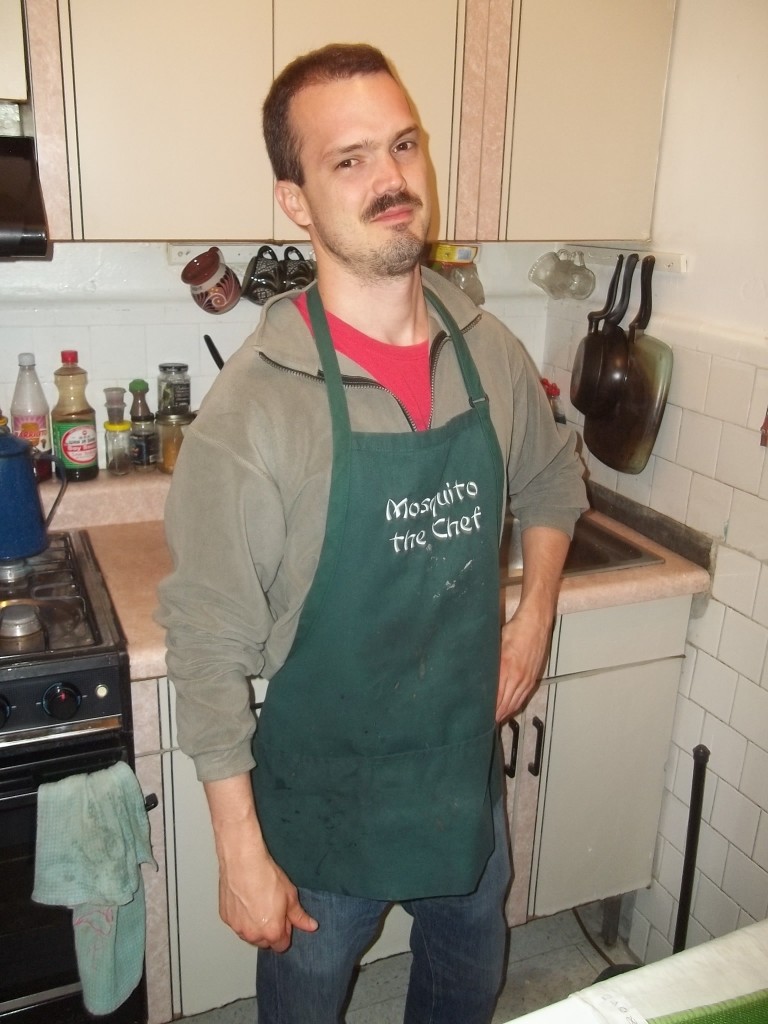 So everyone gets a little Spanish lesson, my title means I arrive in Mexico City. I think. Questionable grammar for sure, but you gotta start somewhere

In the end, everything I worried about was silly, which, is a solid-gold metaphor for my life. AirTran did not care that I didn’t have a return ticket to the States and Mexican customs did not care that I didn’t really have a set plan for what I was going to do or for how long in Mexico (as in, they didn’t even look at me, here’s 180 days now keep moving. Recall how horrid getting in into Canada was?). And finally, Mark, my Couchsurfing meet up, met me right where he said he would.

Right off the bat this place is nothing to be afraid of. It’s busy, kind of cramped, and everyone is hawking their wares at every corner of the street, but nobody looks like they’re going to bother me. In the States, you only hear really bad news stories about Mexico, so we sometimes get it pushed in our head that this isn’t a very safe place. I’m aware that one neighborhood can’t really represent a whole country, but I felt quite safe walking around at night by myself. As I frequently read online, nobody really cares about you, they have their own lives to live. 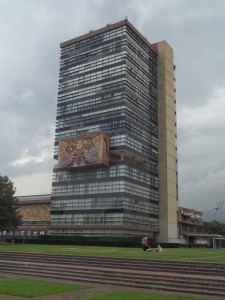 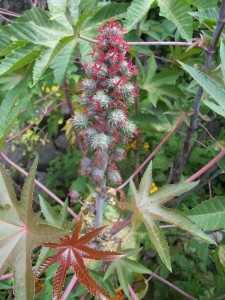 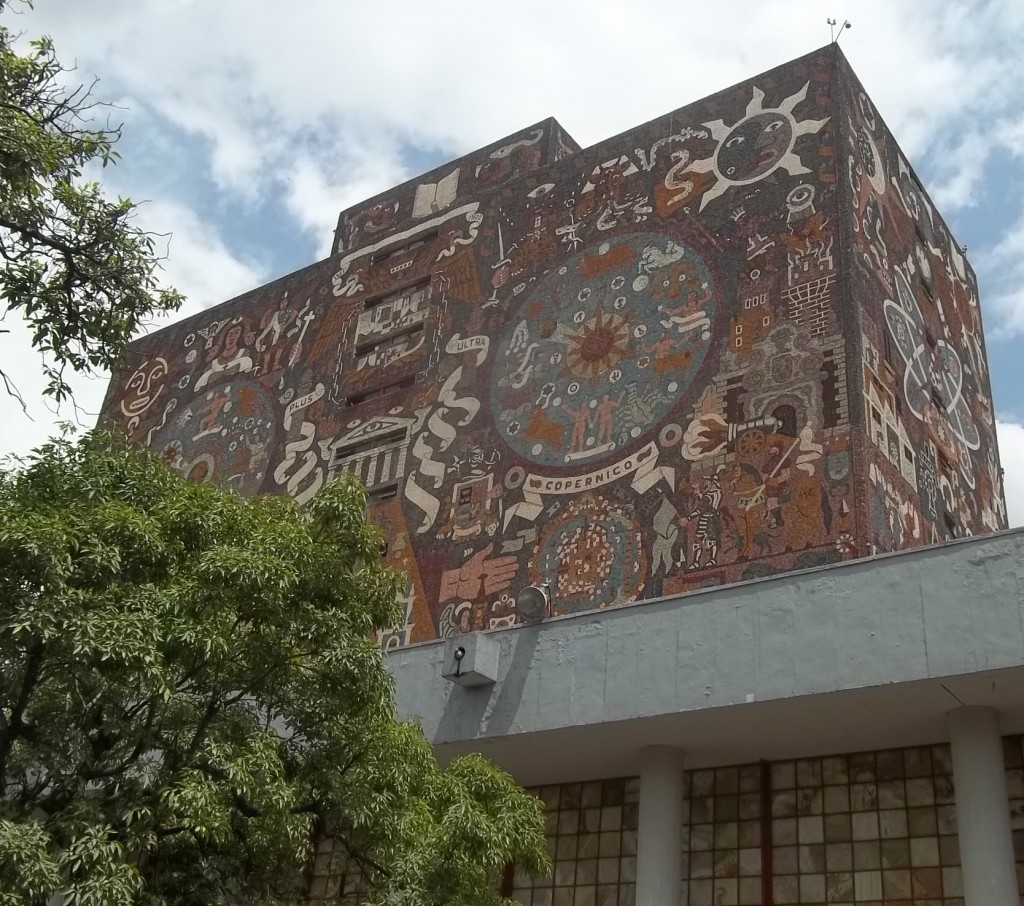 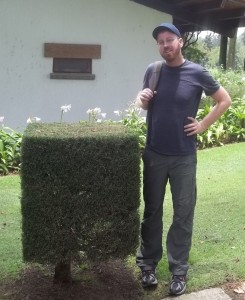 Anyway, so I am here, after several upon several years of talking about some dumb trip like this. Mark is truly a gem. Like I said, he rolled in and grabbed me from the other side of customs down at Benito Juárez International Airport. I bought him lunch and we took the quite simple trip down to his place using the Metro. Before I came I read that when the Metro was built, which was sometime in 60s, illiteracy rates where kind of high in Mexico. That said, all the stops come with nicely corresponding symbols for those few of us who still cannot read Spanish. Score!

So we got back to Mark’s place, where I found I would have my own room. He finished some translating work he does and I closed my eyes in his spare bedroom since I had been up since about three in the morning. I got up, made an extremely mediocre cucumber salad after a trip to the market and we just talked at his place for a bit. We closed the night walking a bit around Centro Historico while it rained lightly. 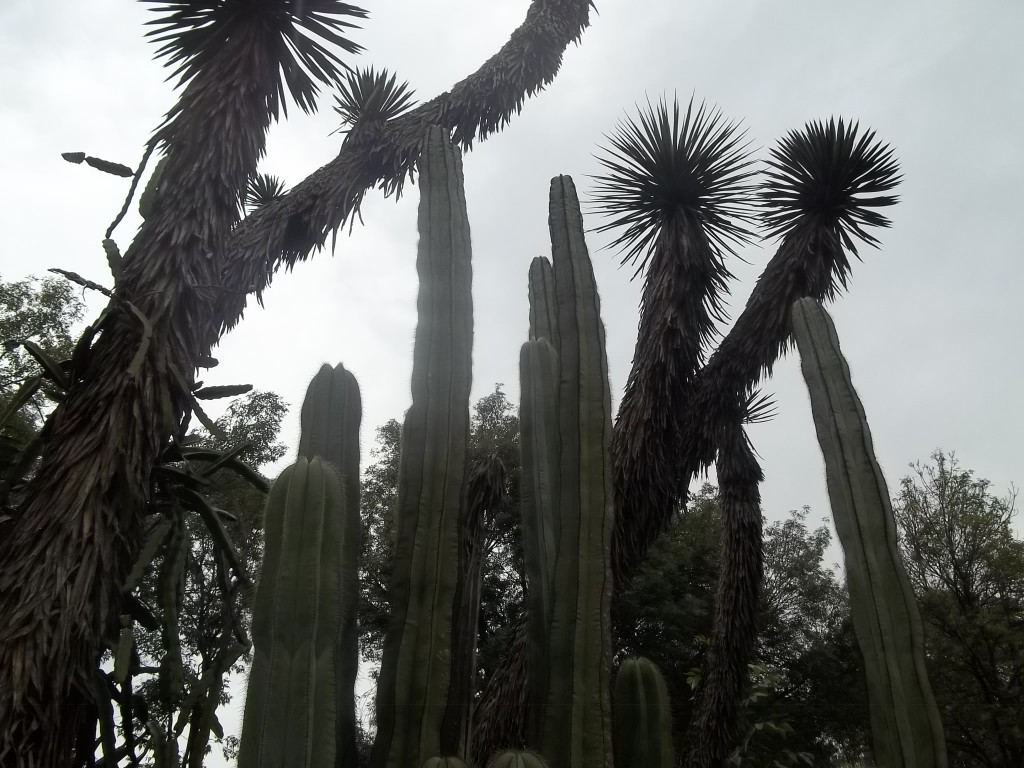 Day two and three involved lots of rising early, gorging on fruit and then hitting the town with Mark, who has a bit of free time due to a slow season in the world of international translation. Day two was walking around the UNAM National Autonomous University of Mexico, which I already posted a few pictures above for a little fluid presentation. The botanical gardens was something pretty sweet to get lost in. A free bus makes rounds all day to take you where ever you want to go!

The next day was a trip to the Bosque de Chapultepec, which, according to Wiki is the largest park in the Western Hemisphere. From what I gathered by a 20 minute bus ride in the middle of the day while the park bordered us the entire time, this is true. That title means Chapultepec Forest, and also according to Wiki, “The name ‘Chapultepec’ means ‘at the grasshopper hill’ in Nahuatl and refers to a large rock formation that is the center of the current park’s ‘first section’.” 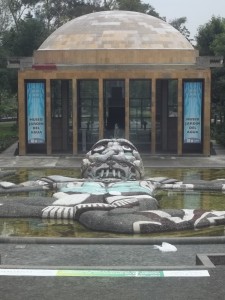 The first stop at the park, was the Museo Jardín de Agua, or the Garden Water Museum. No longer a functioning building, it used to house where the water came in and was partitioned into the different areas of Mexico City. The water still comes in at the same point, but simply goes under the building and bypasses it. At the bottom of where the water used to enter is a mural by Mexican artist Diego Rivera. Now the building functions as a instrument of sorts, tapping into the water flow, slight tremors of the earth, the wind outside and the intensity of the sun. On either side of the mural are large pipes, much like that of a pipe organ and some mechanics none of us will understand convert that energy into sound waves. 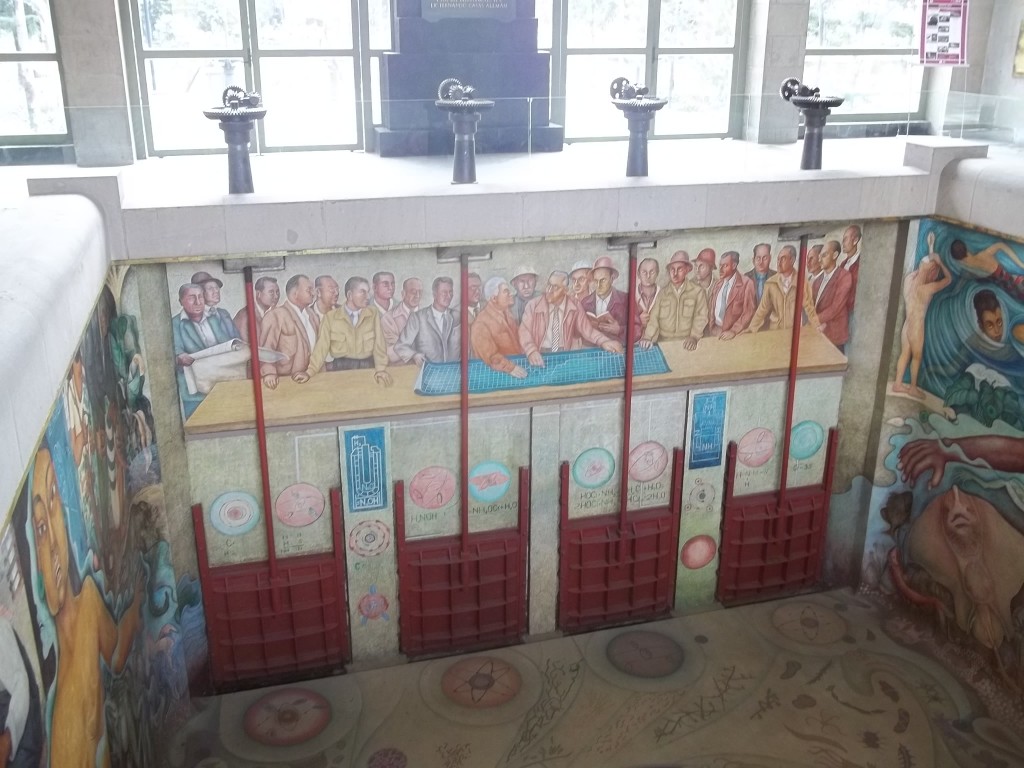 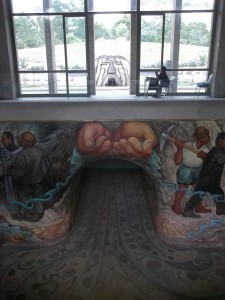 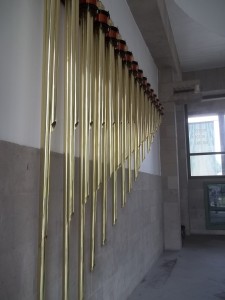 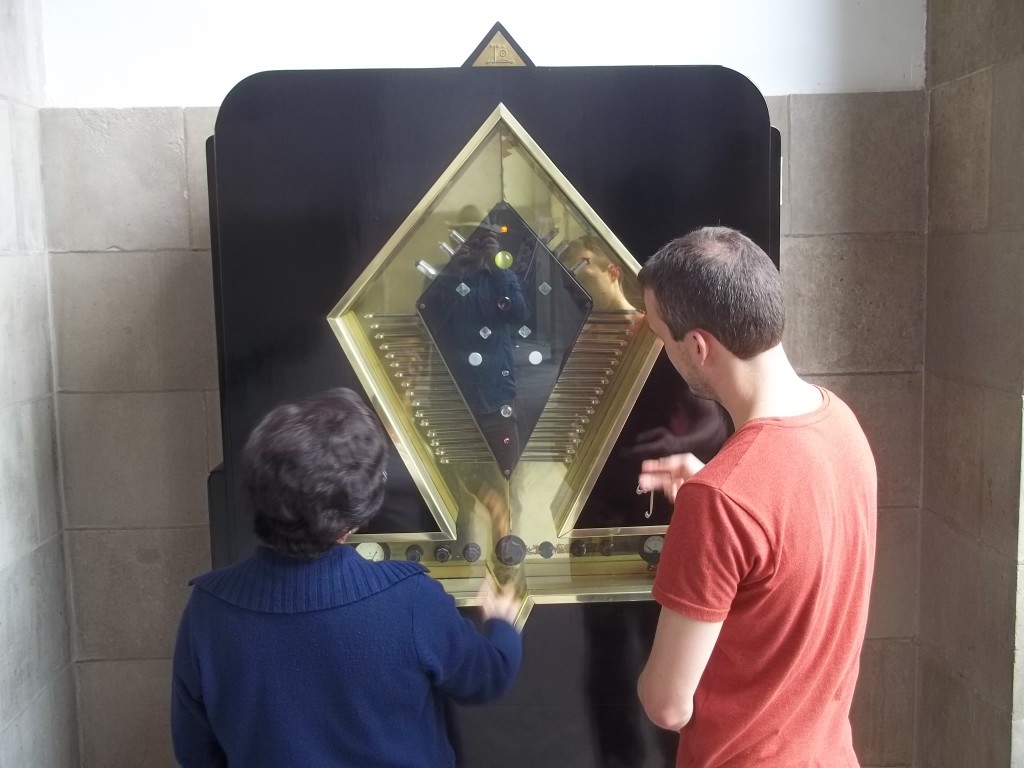 Above you can see the module of sorts that indicates the type of energy coming in. The different gems represent the sun, wind, earth and water, and as sounds would reverberate, all those horizontal bars you see would light up red depending of the intensity of the energy coming in. Does that make sense? This next part makes less sense: something on the ground outside was explained to us (or rather, to Mark in Spanish and then to me) as all the incoming info is split into harmonic and then sub-harmonic categories and fed into the instrument that way. I feel like I should do a little more research on that now, but just going to leave it at that.

Also, here’s a video of the sounds so you can get an idea of what we saw. Sorry it’s so short… 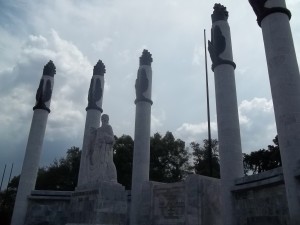 Next was the Natural History Museum, which the previous work was part of, but in a different building. It was a little dated, and duh, all in Spanish, but I can usually sit there for 3-30 minutes and figure out the gist of where the info graph is going. We stumbled across a nice flute/guitar/vocal performance in one of the Museum Halls and then spent the rest of the afternoon at the (free, yay!) Zoo, still, of course, in the same park. 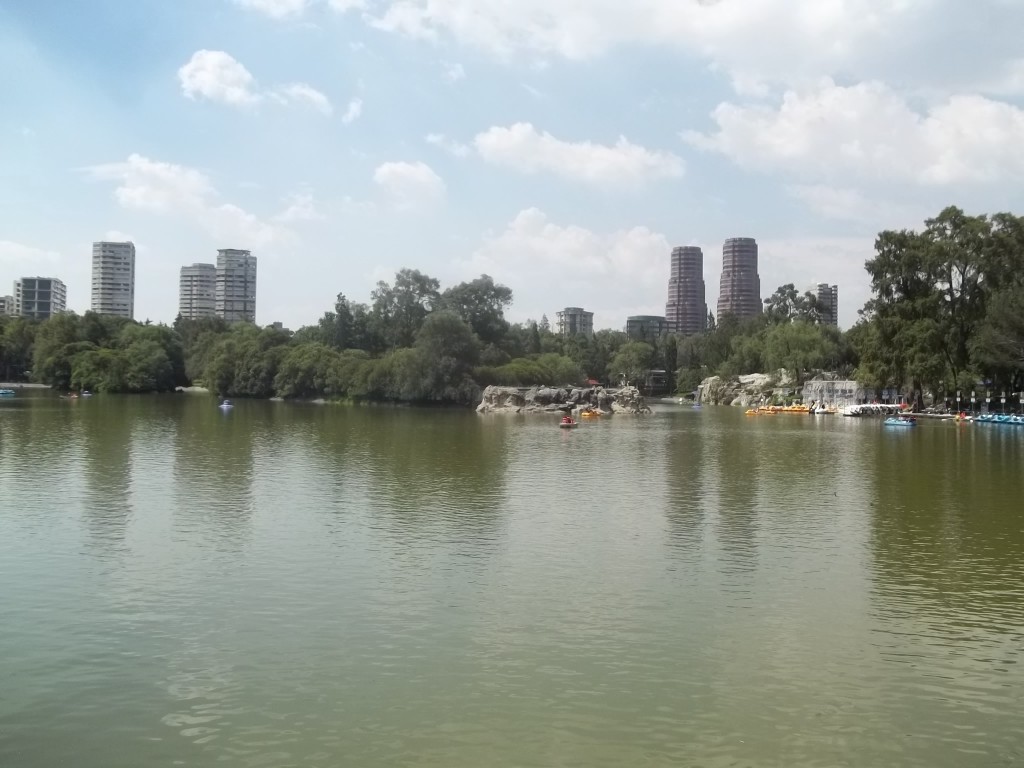 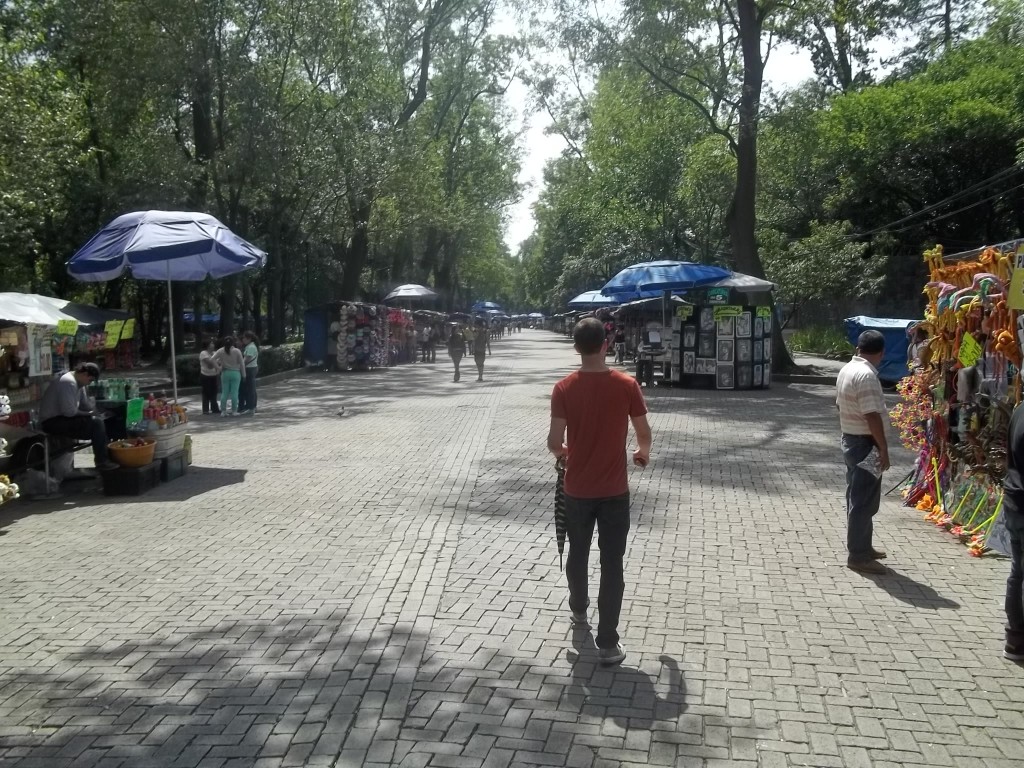 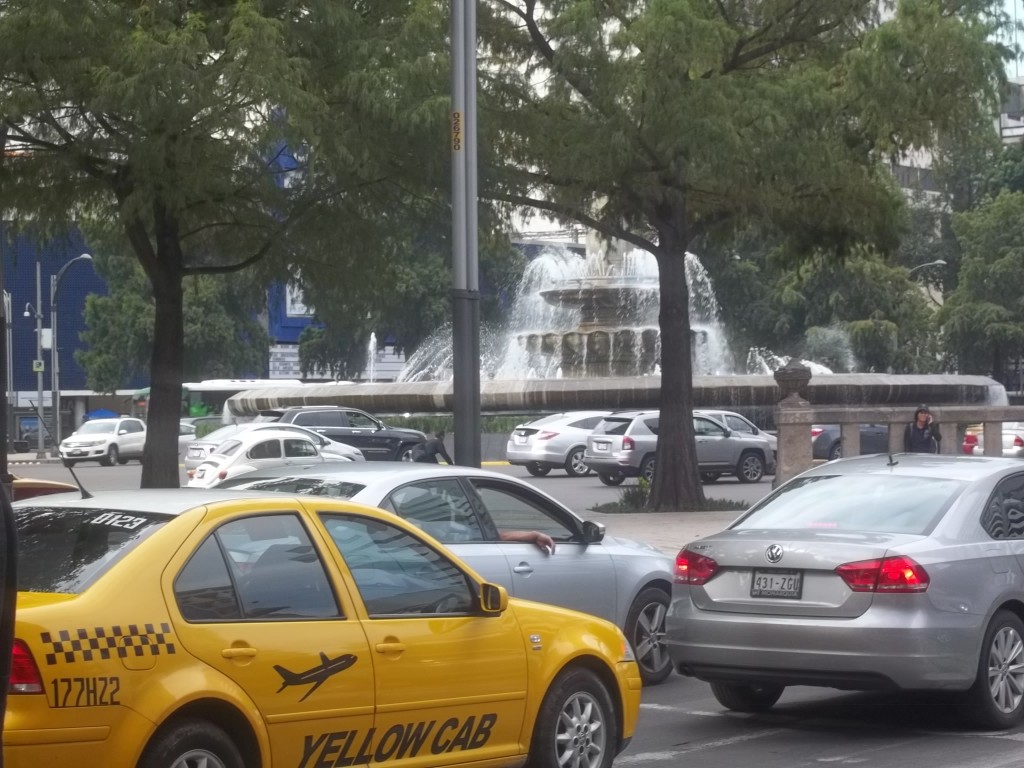 The rest of the day was dinner and then a monthly poetry reading Mark likes to attend at the American Legion, which, sounds somewhat official, but was just a bar. Though fun, yes.

To hop back a step, popular here in Mexico City (and possibly the rest of Latin America) is the concept of a menú (men-oo). The word for menu here is cartes, so the “menú” is a coursed meal for a set price, anywhere from $50 to $200 pesos I’ve seen so far, though I’m sure those prices vary wildly throughout, like, the world. You (sometimes) get a salad to start, followed by a sopa (soup), then a main course followed by dessert and coffee. Mark and I sat down at a slightly fancier place for a menú and they served Jello as the dessert, which, we’re still laughing about. Also, you can’t really trust asking for a vaso de agua (cup of water) because you don’t really know where it came from. That said, no one cares here if you bring in a bottle you bought off the street. 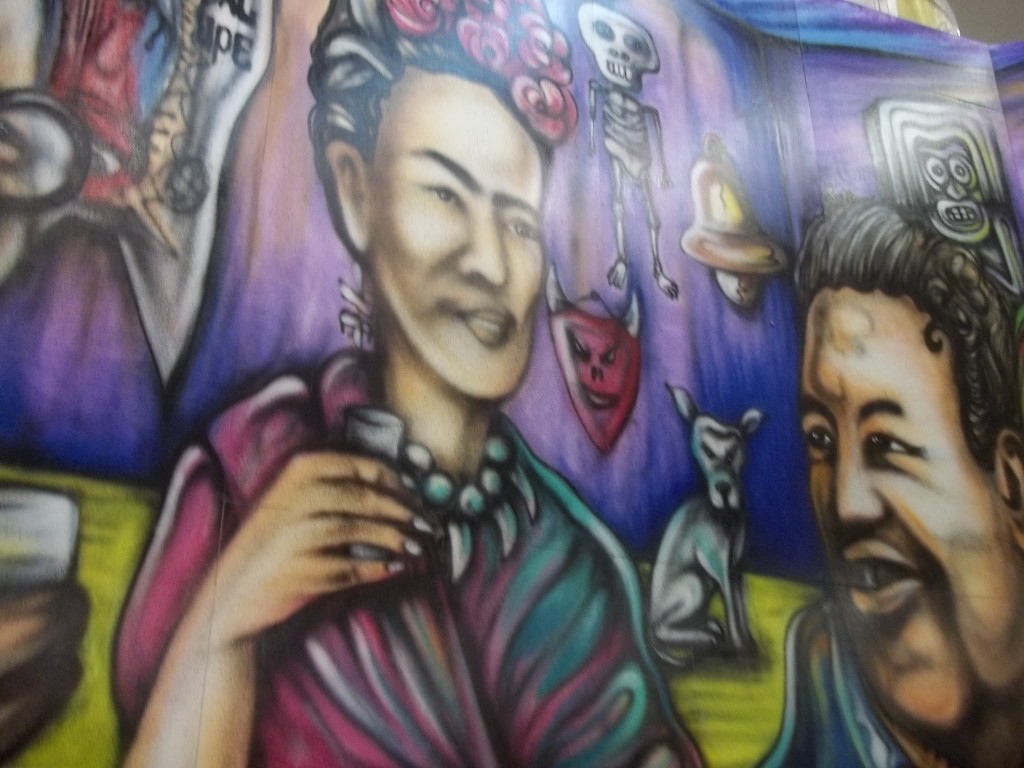 So, despite my every intention to worry myself to death, travel to and day one through three in Mexico City could not have gone better. Above is a mural in the subway and below, is, well, the subway. Compared to my recent months in D.C., the subway is 5 pesos to get on, which is right under .40 US dollars! In D.C., the subway was $3.50 to get on, and more if you transferred lines. Though, D.C. is pretty ritzy, I recall NYC being $1.25 for every ride all the time… 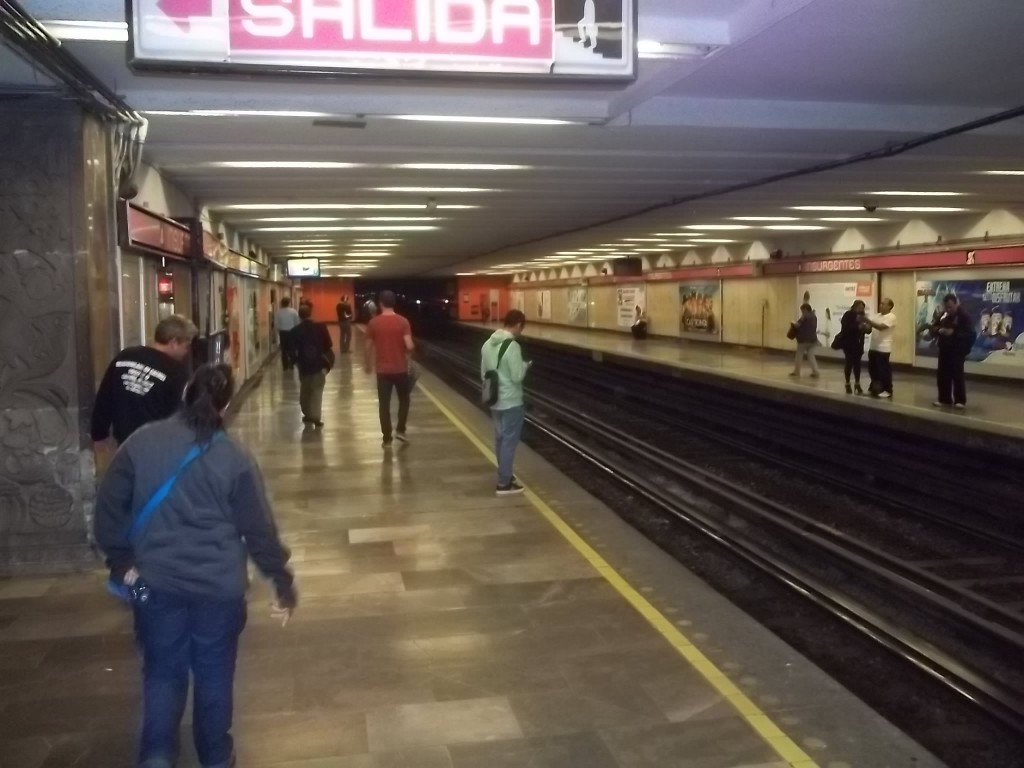