Last weekend I ventured outside of Bogotá for the first time since moving here, out over the mountains to Los Llanos, which translates to “The Plains”. If you gander at a map of this area of the world you will notice Colombia is split by mountains and to the south-east we have a huge area of vast space. This flat space continues east across the entire continent through Colombia, into Venezuela, then Guyana, Suriname and then to the Atlantic. This area of the Andes is a neat line so once you’re into the foot of the mountain chain, you can see nothing but space. A lot like where Colorado City is situated for The Rockies, which brings back a memory or two. 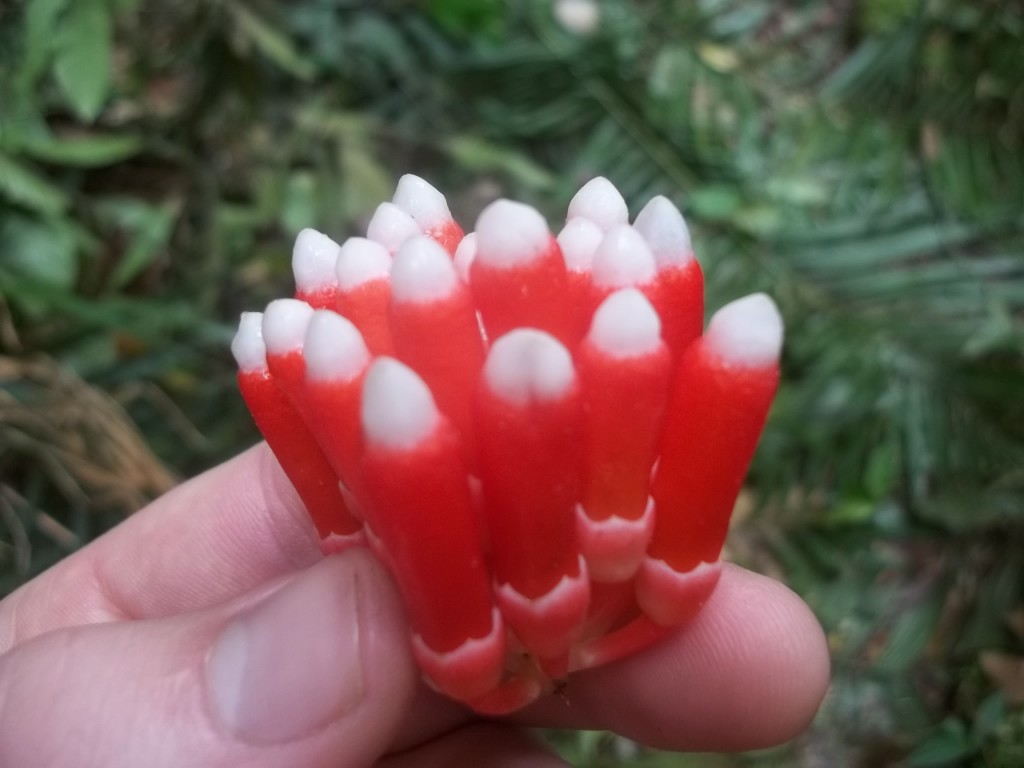 Keep in mind that Colombia has among the highest diversity of plants in the world. This is almost totally attributed to elevation, and lots of it in the small place. The foot of the Andes were Los Llanos begins is a great place to see some of that change. Check out that flower from space!

The three day weekend (which is nicknamed “puente” in Colombia, though that is the word for bridge too. Go figure?) included two city stops, the first to Villavicencio. To give you an idea of climate change, this was a short(ish) bus ride, three/four hours from Bogotá to Villavicencio, but a elevation drop from 8,500ft to about only 1,500ft. The change was immediately obvious. We bundle up in Bogotá, but shorts and a tee are the norm in Villavicencio. Plus, these are areas with weather more or less constant year around. A change that big but so close and constant is a new experience for this Florida boy.

Coming into town, I was accompanied by old friend Anthony Triana from college days and a Couchsurfer from Ohio named Thomas. It was almost dark by the time we rolled into Villavicencio and just decided to walk around for a bit. Heading up this creepy hill where a road ended we ran into an abandoned amphitheater, somewhere where a restaurant used to be an open-setting church. On paper, maybe we shouldn’t have been there alone at night, but no one came up the hill and we found a nice little spot under a bamboo grove that was sheltered and soft, so we set the sleeping bags up and posted there for the night. 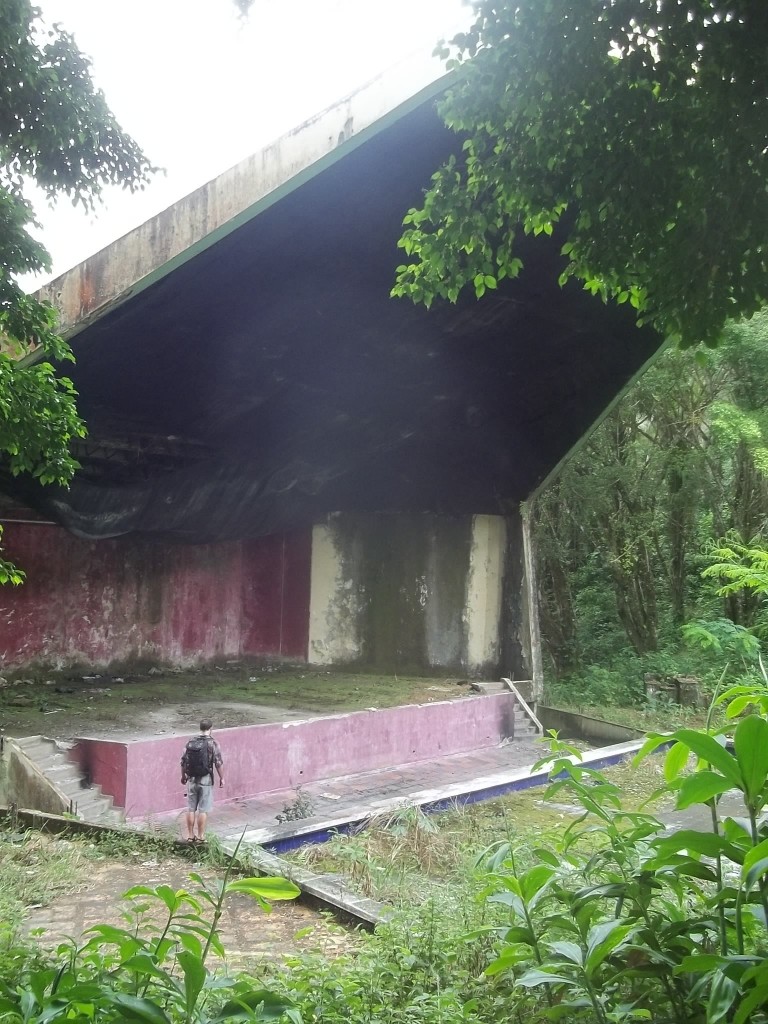 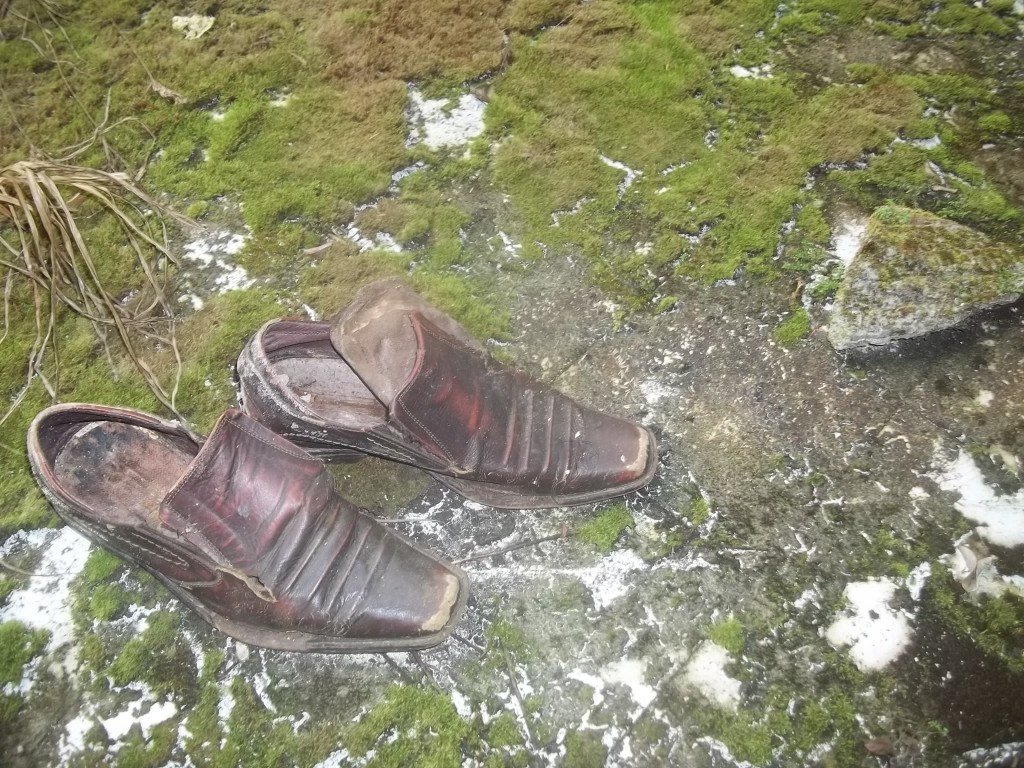 If you go to Villavicencio, I understand if you don’t want to go sleep up there (though you should, no one was up there and there are TONS of private places to put a tent) but you should take the loop and see that stuff. I’m looking at the map now and if you take Calle 40 North where it heads up into the mountain it loops around (not long, less than two miles) and you can see all these old structures, which, according to someone we met, were a popular place to go 15 or so years ago but just not anymore. A must see. 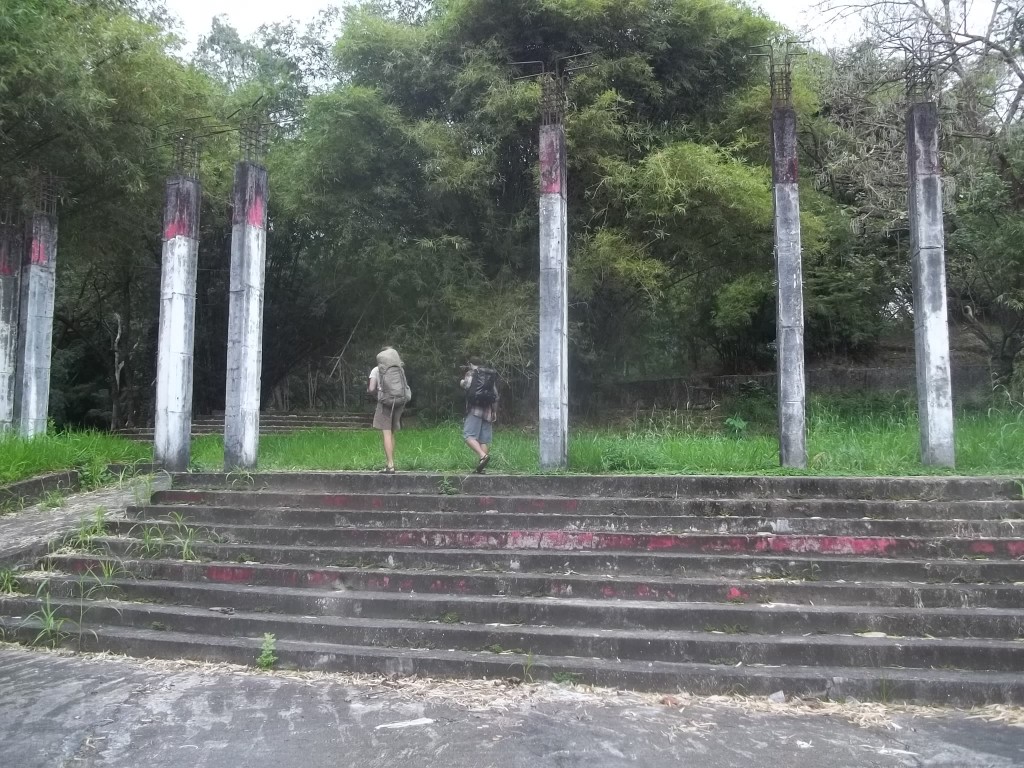 Day 2: Anthony had a contact for a nature hike in nearby Acacías. Grabbing another bus no problem, we met with Juan and spent a long day hiking with him. He was a crazy-knowledgable guy but in the end the hike was a little disappointing. He mostly took us on a big loop around the town, pointing out tons of medicinal plants just growing by the side of the road and then led us 7km down a busy road to a really bumping natural pool which we swam in. We kind of wanted to be out in nature and swim with no one else somewhere, and this whole day was the opposite, but we all had good attitudes. We must have walked 20k total, and with our camping bags, but it was fun enough.

Juan had just moved and let us sleep in his old room, which was awesome. We woke the next morning looking for the hike/vibe we missed the day before. I really wish I could remember the street name we took up a mountain, but grab a cab and tell them you want to do some hiking at the top of the mountain. There’s also a cross up there, which we missed, but I’m positive everyone in town knows about it, as something else you can bring up trying to get there.

Perfect hike, totally made up for the day. Great views, the day cleared up and we could see down into Los LLanos and that the town is flanked by two large rivers flowing down the mountain. Got lost, charged by a bull for a hot second and ran into a couple who had been living in more isolation than anyone I had ever met up there, no roads, just a rough(ish) 2-hour hike down the mountain.

There were huge lines of these leaf-cutter ants, you could follow them until you lost it or got bored. I would say up to an 8th of a mile long? They were long man! Just bordering right along the side of the road, in a long long line. 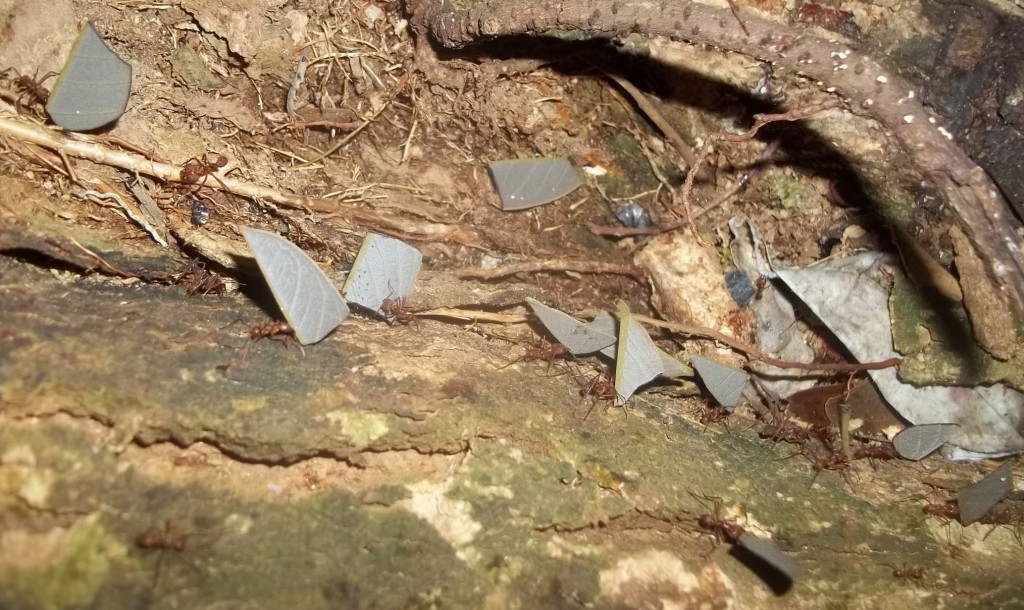 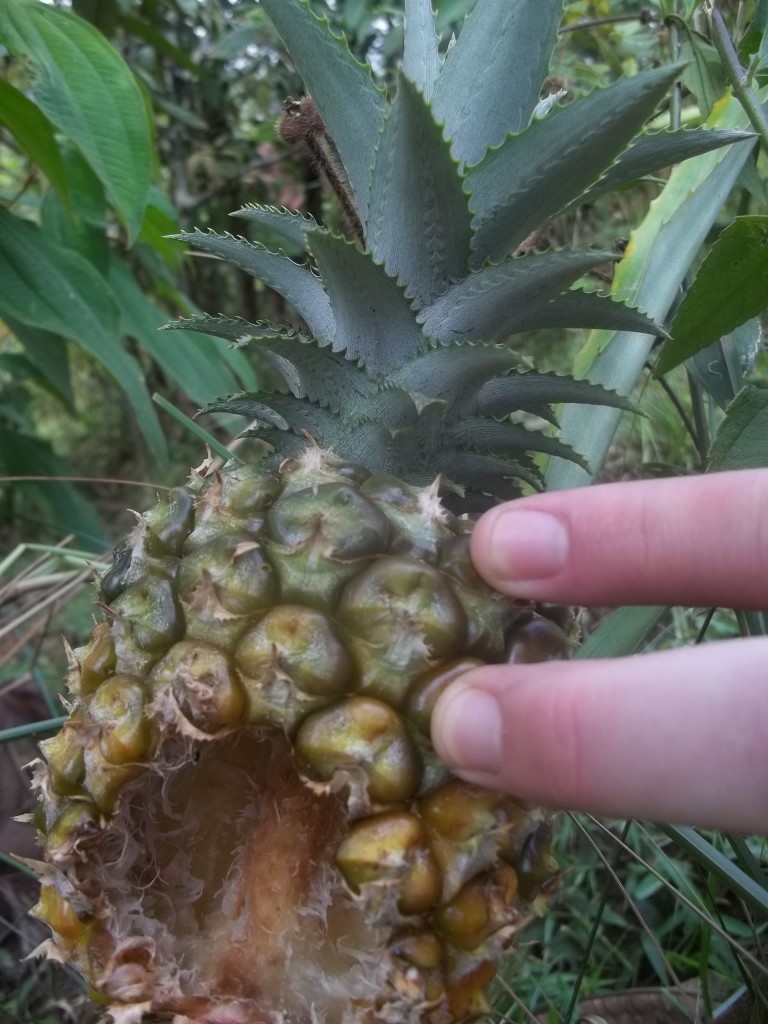 So if you’re in Bogotá and are interested in checking out different aspects of Los Llanos within a weekend, I think the Villavicencio/Acacías combo is nice. The first city is actually a city and you can find some nice plazas and restaurants, get away from Bogotá but still have a city whereas Acacías is smalllllllllll and that lack-of-everything-crazy-ie-Bogotá can be nice for a weekend. 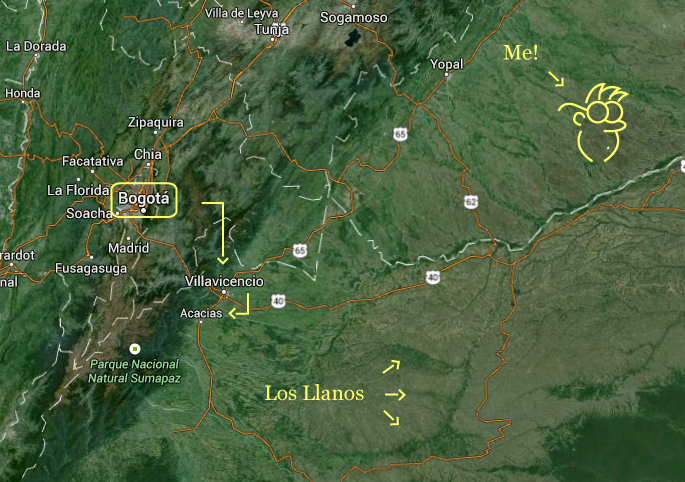 It was maybe four hours to get over there, depending on the time and 25,000 pesos for the one-way. Also, Acacías was about 45 minutes south(ish) of Villavicencio. We got a bus direct back to Bogotá from Acacías no problem, so you don’t need to go back to Villavicencio.

Also, below, homeboy Anthony and I representing our home state back in the States. I look way too unflattering not to put this in. Note my exposed belly… 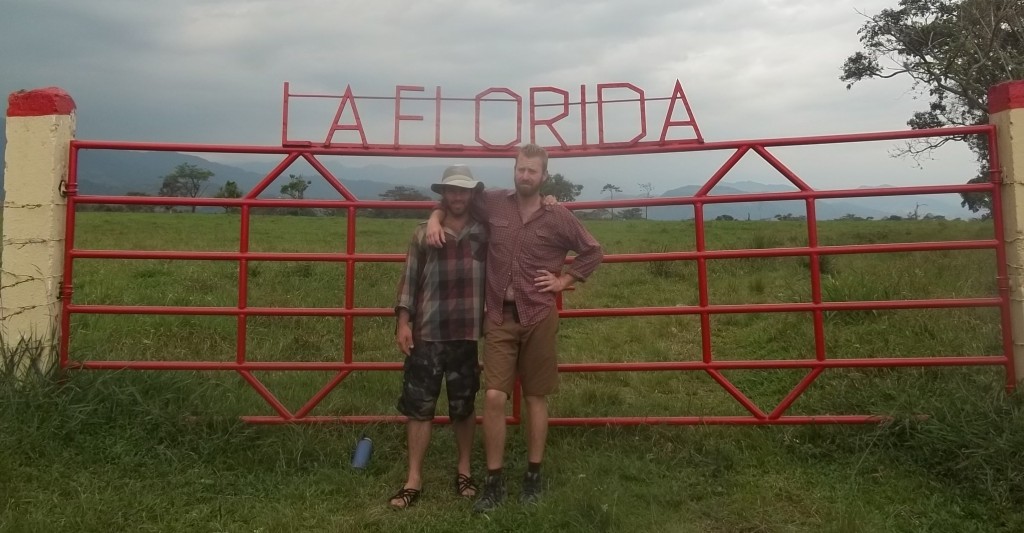