Let’s talk visas. After 90 glorious days in Colombia I thought why not 90 more? Here, 180 calendar days a year is what someone is allowed without obtaining a work visa or well, getting married, which I don’t think is going to happen in the next few months.

There’s a lot of great blogs online about the process which I combed and combed over as I prepared/super dreaded my trip into the main office in the capital city of Bogotá. However, in the end it was reeeeally easy and a little bit different than what I read so I thought I would make a little update. 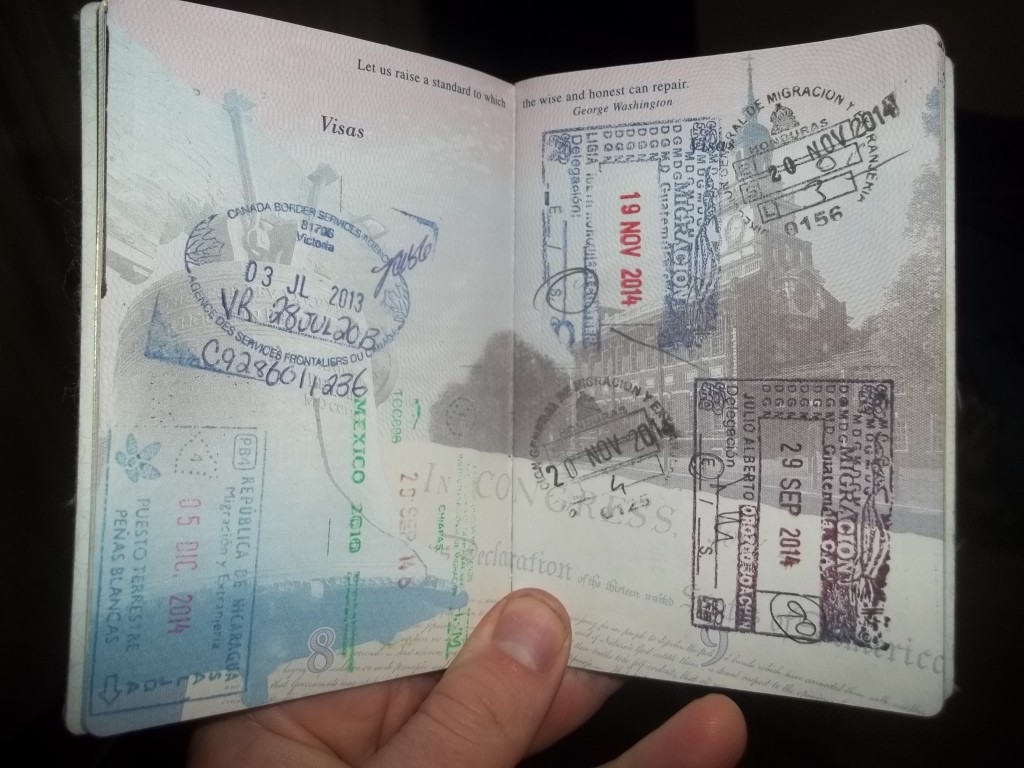 I haven’t had any headaches around Latin America getting these, but some sure do…

To review, one can get (up to) a 90 day tourist visa when they enter Colombia and then can either leave and enter the country for another or go into an Immigration Affairs office in most bigger cities and renew it there for, wait for it, another 90 day tourist visa. If you’re looking for an excuse to leave the country then go for it son, my friend Eli found a ida y vuelta (roundtrip) ticket from Bogotá to Quito for less than $50. Re-stamped no problem. I have heard of some kind of minimum stay outside for renewal, maybe 48 hours, but that’s something you should look into on your own for real details if it concerns you.

But I wanna renew in-town…

In most major hubs of Colombia exists an IA office, Immigration Affairs. I read these used to be called DAS offices, which many people may still know them as, or Migracion Colombia came up online. In Bogotá the IA office is located up on Calle 100 11B-27 and I’m sure a quick internet search can tell you A) if one exists in your city and B) where it is. This is the site for Migración Colombia, but no promises the site will deliver anything useful.

This is what you need:

This is all I needed! But one important point:

Proof of onward travel. Lots of blogs posts (that again, were written 1-3 yrs ago) talk about proof of onward travel being a required step. I didn’t have this, I didn’t want to buy one, I didn’t even know if I was going to get 60 days or 30 or 90 for my renewal. When I went, I was asked if I had proof, I politely said no, and they had me write on the back of my application my name, that I was going to stay for 90 days more then leave, sign and date and that was the last it came up. I wish I could tell you if that’s the new policy, if I got lucky or that type of thing only happens in Bogotá.

What I can tell you is this. It looks easy to forge something online and bring it in. I don’t really like that though it does seem a little foolproof. There’s also sites that let you cancel a flight within 24 hours. My advice if you have nothing and don’t want to buy something, just go in not on the last day of your visa. The worst they will say is you need one and to come back with it. Then, you can take advantage of a situation a listed above. I got through and they didn’t care, maybe you can too. Just go try.

And that was it!

I meant to get up super early as I was dreading this, but didn’t (in a shocking turn of events) and arrived around 10:30am. There were a lot of people waiting outside (inward groan) but I went right up to the guard, told him what I needed and was let right in. I think people were there getting work visas renewed, which are more complicated? I was small fish it seemed, and no problems were presented.

There it is renewed! Easy as apple-crisp butter-crusted Crisco-bottomed pie, as my mother just once maybe said.

I want to end stressing once more this is what only happen to me in Bogotá. Being the capital, I have an inkling the most modern changes happen here first so those of you in Cali things might be different.

If you take one thing away from this, just don’t wait until the last day. That way you can just come back if there are problems. Overstaying your visa doesn’t sound like a great idea but that’s another post.

Also, if your Spanish is super low, the line to get wheels moving is: Disculpe, me gustaria extender mí pasaporte por favor.