Not sure why I waited two more months before adding wings to this fantasyland of a blog. Do you ever say, “Oh hey imma do that right after this”….and that goes on for a few months? It’s especially hard to keep up with things that don’t even matter and on the radar of maybe only my mom and me, such as, well, here.

Anyway, last we spoke I was living the bachelor dream in a slick wood-floor nest in the Chapinero neighborhood of stay-classy Bogotá, Colombia. I took care of two full tourist visas there (for a total of 180 days), made some bomb new friends and even dated a girl. Not a misprint on that last point. Seriously, quit asking, it actually happened… But it was good that phase ended. Bogotá is quite cramped and you tend to get caught up in that fast paced energy and blah blah blah. Plus I just wanted to move on. 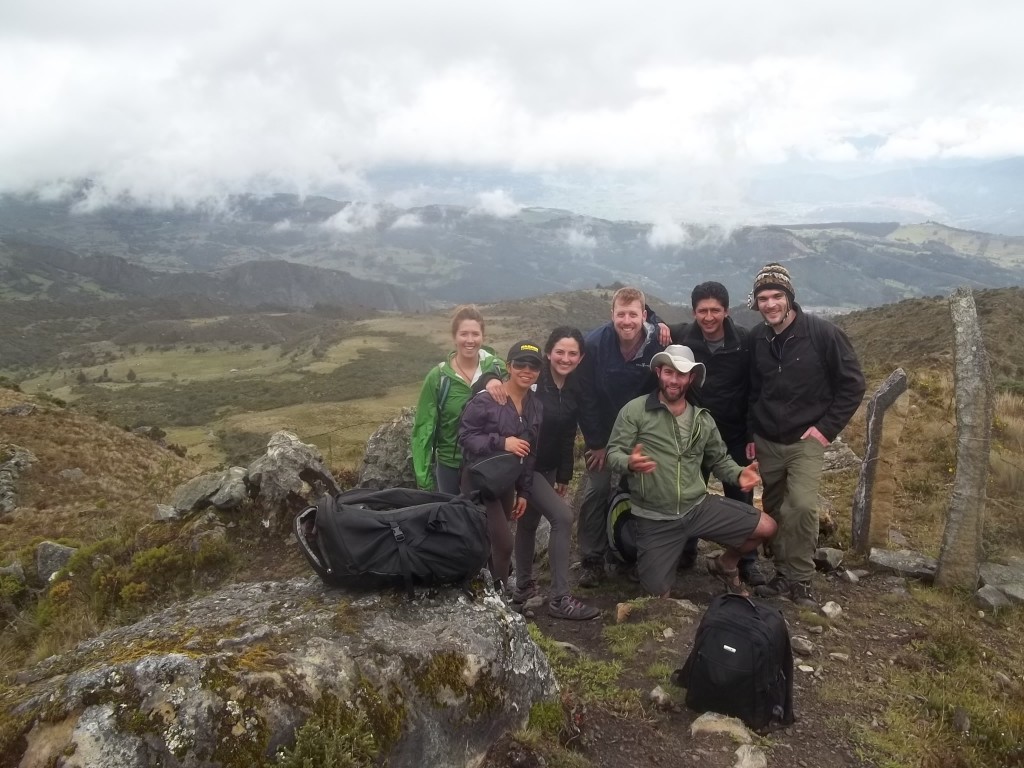 A “last of” Bogotá pic. Some of the gang and I hiking outside of Monquí.

And how! I haven’t gotten to do any HelpXing (which is what, you ask?) since my only Latin American gig way back in Pueblo, MX, which would have been nearly a year ago. A lot of them throughout Central America (and by that I mean all of them) want one to volunteer time AND pay money for food. I guess people do this because some of them seem pretty popular but c’mon now, I am already working a few hours a day for you, I’m not paying for food. Thus the reason I haven’t done any HelpXing since last year.

So Rose Cottage Hosteria was where I ended up, and it’s funny that I did. I can remember first signing up for HelpX waaay back when I left Austin and coming across the profile for Rose Cottage, and thought it would be cool to someday go there. Well over two years later here we are (or were). There was some back and forth with finally planning the visit there but the timing finally worked out perfectly going straight from my apartment in Bogotá to the Hosteria a day later (what the heck is a hosteria you ask? look it up bro, I don’t know either). 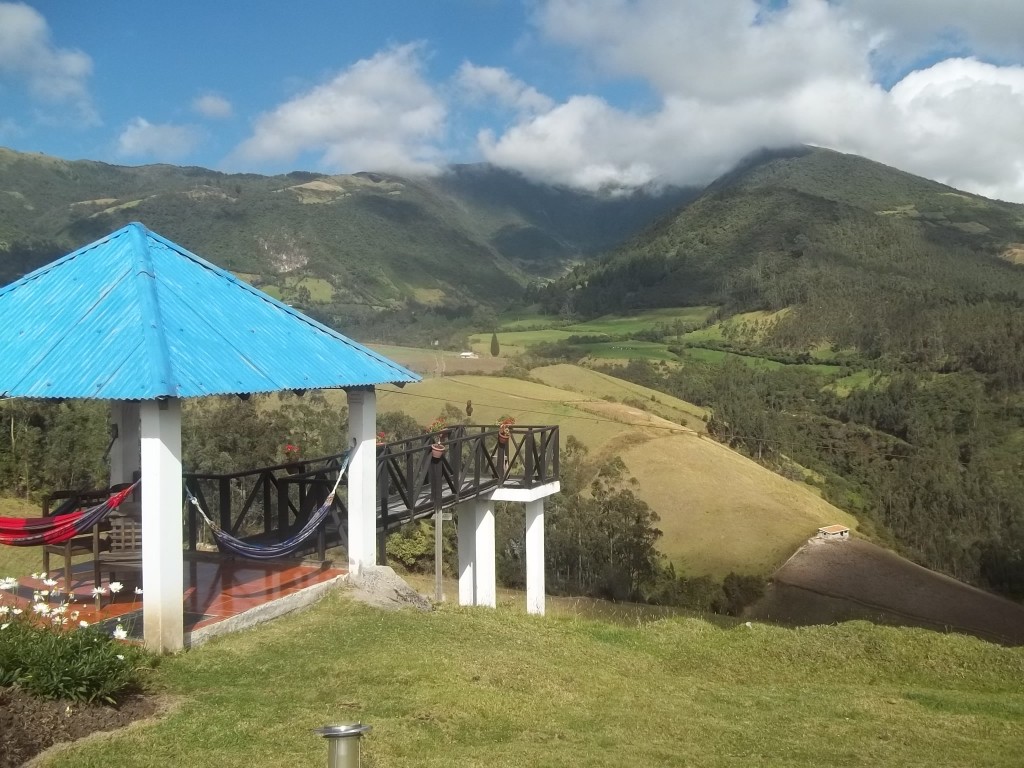 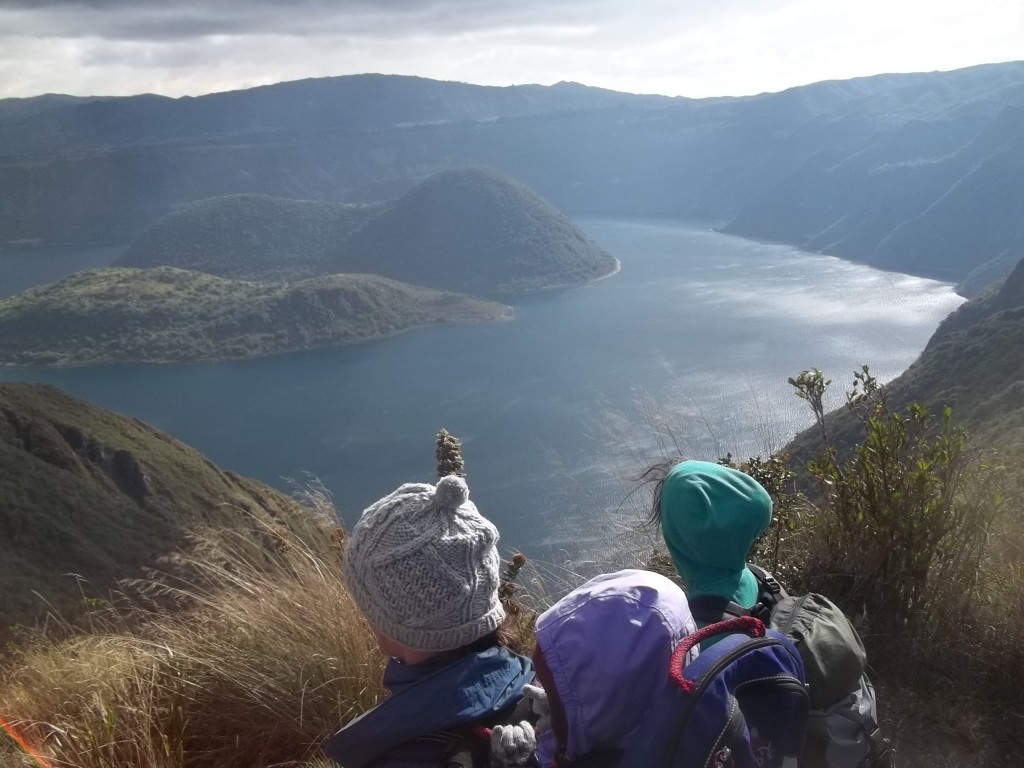 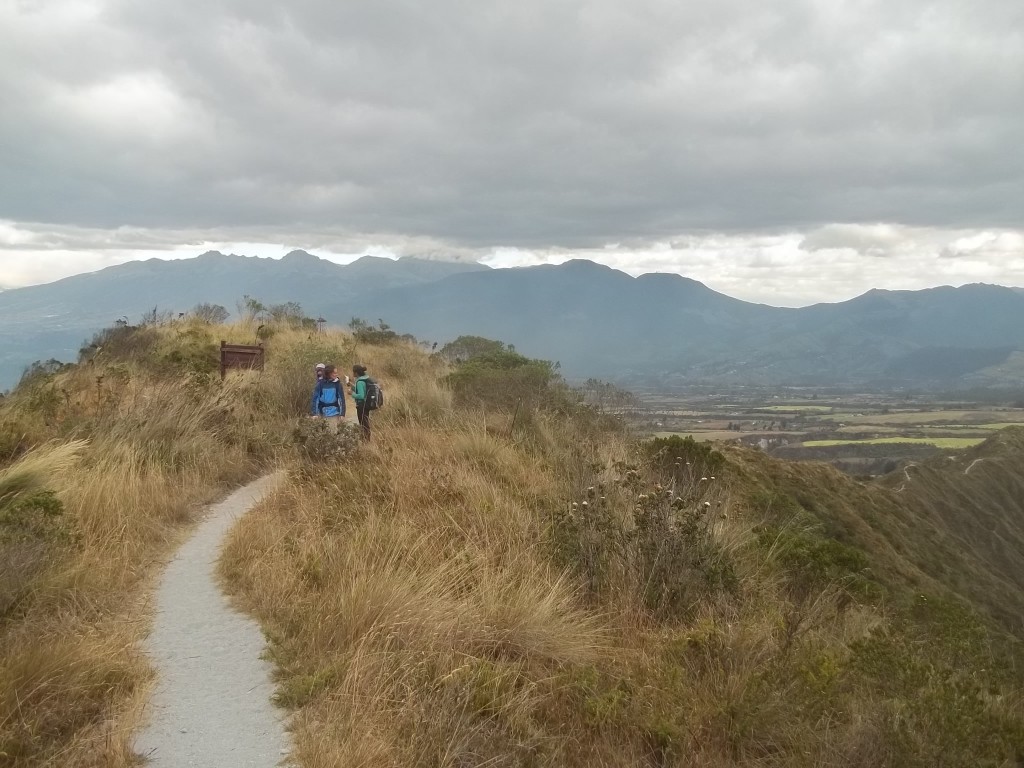 Rose Cottage is a few kilometers outside of Otavalo, which is about two hours north of the capital of Ecuador, Quito. Here’s a map of Quito if ya wanna brush up on all that. So the business is a pretty isolated affair, which is exactly what I wanted after the loud and dirty (but awesome) stay in Bogotá. But it was a good mix of the two, the location of Rose Cottage. Just far enough away from town for it be creepy quiet at night but only a few minute taxi-ride into town.

Right away perfect vibes. All those weird times throughout Canada and Mexico and the US via HelpXing finally paid off and the gods smiled favorably. There wasn’t even a lot of work to be done, it just helped things move smoothly if someone was there to translate (who was, *ahem* yours truly). All the guest who visit speak nearly no Spanish and none of the employees speak any English. Not sure where all the Ecuadorians go for a vaycay, but it wasn’t Rose Cottage. Most travelers were the usual high numbers I saw in other hostels. Big numbers of Germans, Aussies, Canadian, Dutch and a handful of others. Almost never States people really, traveling isn’t really a big part of our culture. I guess we go to good colleges and then get good jobs and then we’re “happy”? I’m pretty ok with not meeting any States people on the road, no offense nearly everyone I know.

Gorgeous place, as said, and check it out:

(but be straight with me, do I really sound that goofy?) 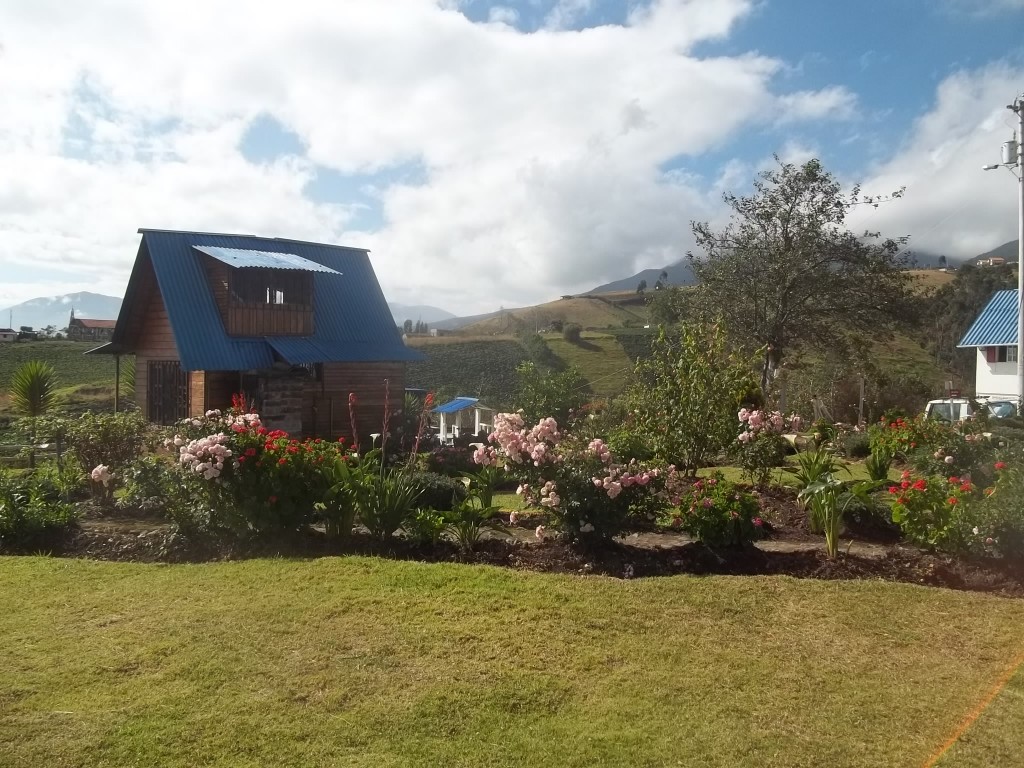 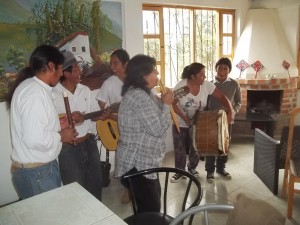 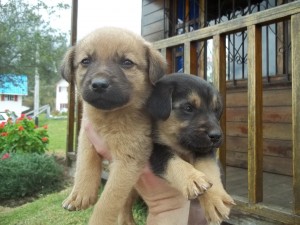 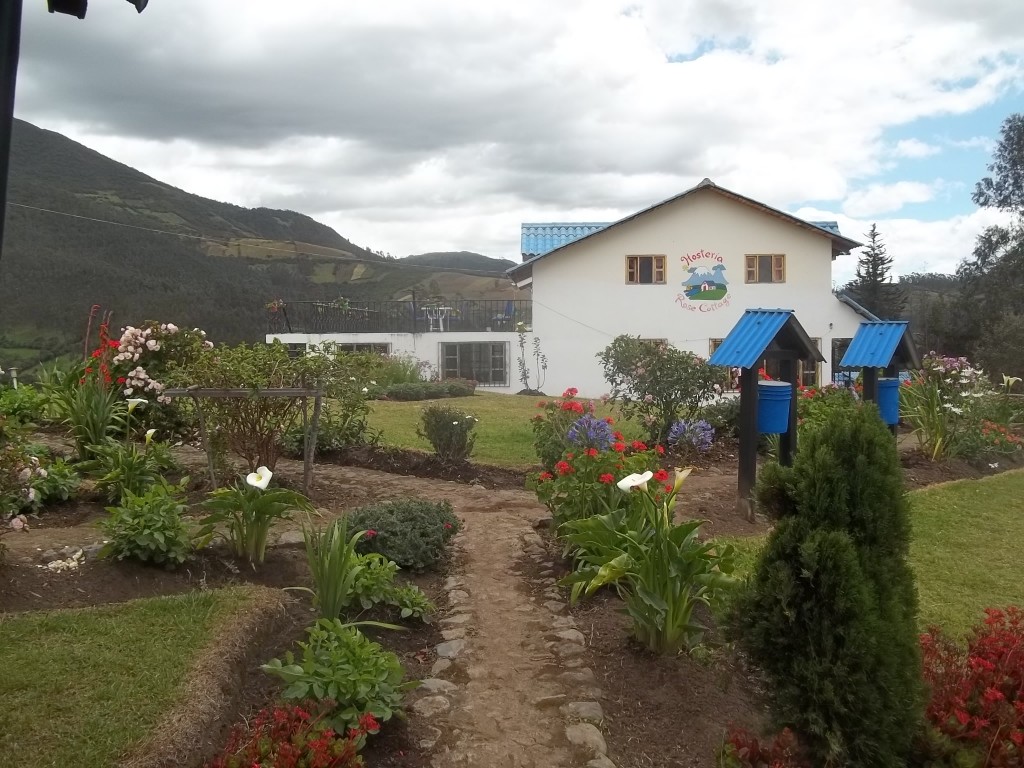 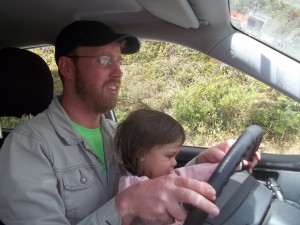 So what happened? I sit in Quito now writing this, so the whole thing is over and it went by pretty quick. Whichever of the guests were there was the wildcard, whereas most of the days were pretty routine. Be in the kitchen by 8am to help out with breakfast, which just meant asking people is they wanted coffee or tea and scrambled or fried eggs and washing whatever dishes they would let me. Most of the time there isn’t a volunteer there, so all of the work is already allocated, and sometime for dinner I was maybe in the way. I did what I could and chatted people up. Outside of meal time it was all downtime, nearly. This went both ways, being a blessing and a curse. When guests were there it was a ball but when guests weren’t it could get painfully boring, as the workers leave at night, especially when no one wanted dinner. Plus the internet tends to go out at night…when was last time you spent four nights in a row without anyone else there and no internet out in the middle of no where? It was a character building experience.

But the guests were the best…and a favorably high number of women my age, in flocks and landing solo. Canadians, Germans, a high school group from Scotland, some Argentinians, all kinds of people. All of the normal hikes I did and walks into town were like new again getting to do it with a new friend or four most weekends. I came here the start of the busy season (which was no coincidence) so there were new faces all the time. And for the first month, very nearly exclusively young-ish attractive women. Not bad I said to myself. 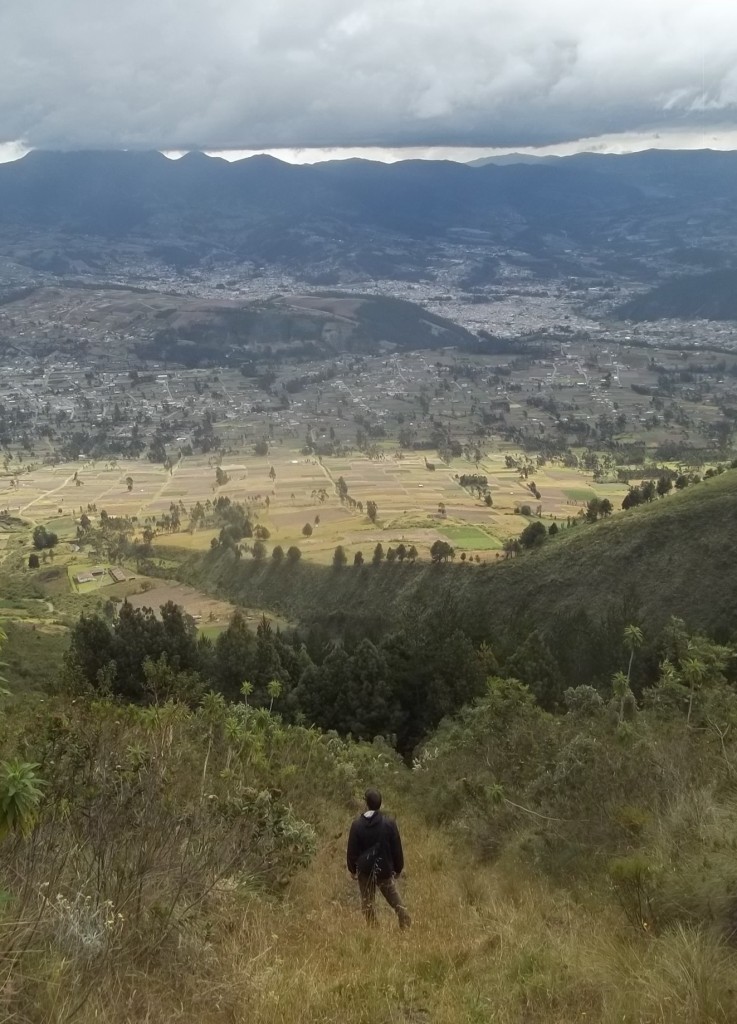 I was brought here to help with the translating, but more just to chat people up, like I said. Most of the time there isn’t a volunteer here so the requests and work gets done, but sometimes a guest comes alone who doesn’t speak much Spanish (most, surprisingly, guests don’t speak Spanish at all) so it makes it a better time to have such a charming young man around (ahem, me) to show them around.

However, month two things started to slow down. It wasn’t nearly as much fun if guests weren’t around. All the staff is/was awesome. Lupe is sort of the main lady who lives here (remember the owners are Brits and guess where they live), Lupe’s sister Nieves, Jose, his mom Rosena, the laundry woman Marta and finally the super stoic night guy who barely ever talked Maestro. All vibes were perfect and compared to city dwellers of Bogotá, these guys talked in slow motion. My point is communication was finally not an issue, but obviously it was more fun with English speaking guests around. The internet started to act up and pretty much go out every night which is a drag. Simply put: when was last time you hung out by yourself for five night in a row, no one else around and no internet? I went to bed early a lot. 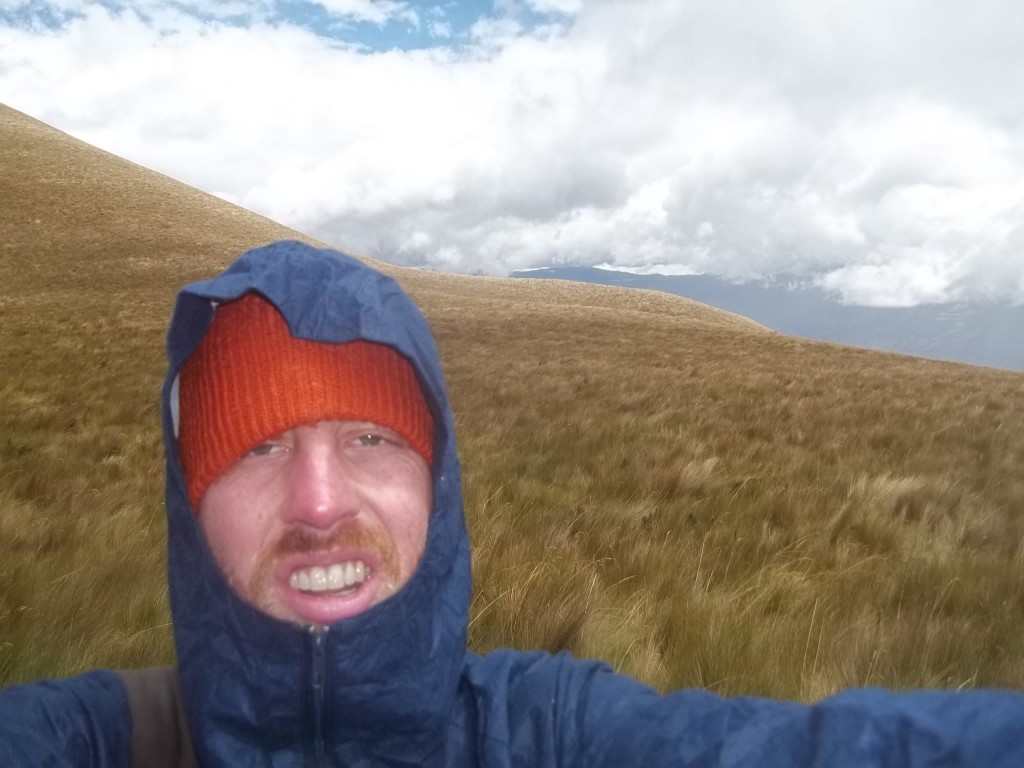 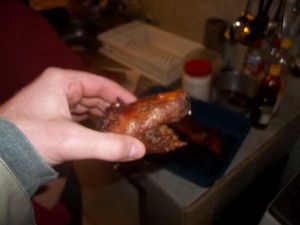 A big highlight was the animals we got to eat. I helped a bit with the slaughtering, but those ladies know what they’re doing and honestly it was really gross. One weekend we bought two rabbits from the animal market and ate those and the final weekend I was there some cuys (guinea pigs!) were bought. Yes, those cute-looking/sounding little tri-colored fat guys are eaten down here and considered quite a delicacy. We paid about twice as much for half as much meat (did I say that right?) compared to the rabbits, so I didn’t think it was totally worth it, but the experience was awesome. Every third-grader across the States would have been horrified and emotionally scarred as we dipped those dead bodies in boiling water to pull the hair out. It was gross, but pretty awesome nonetheless. That pic is me holding a baked guinea pig head. EWWWW I know. 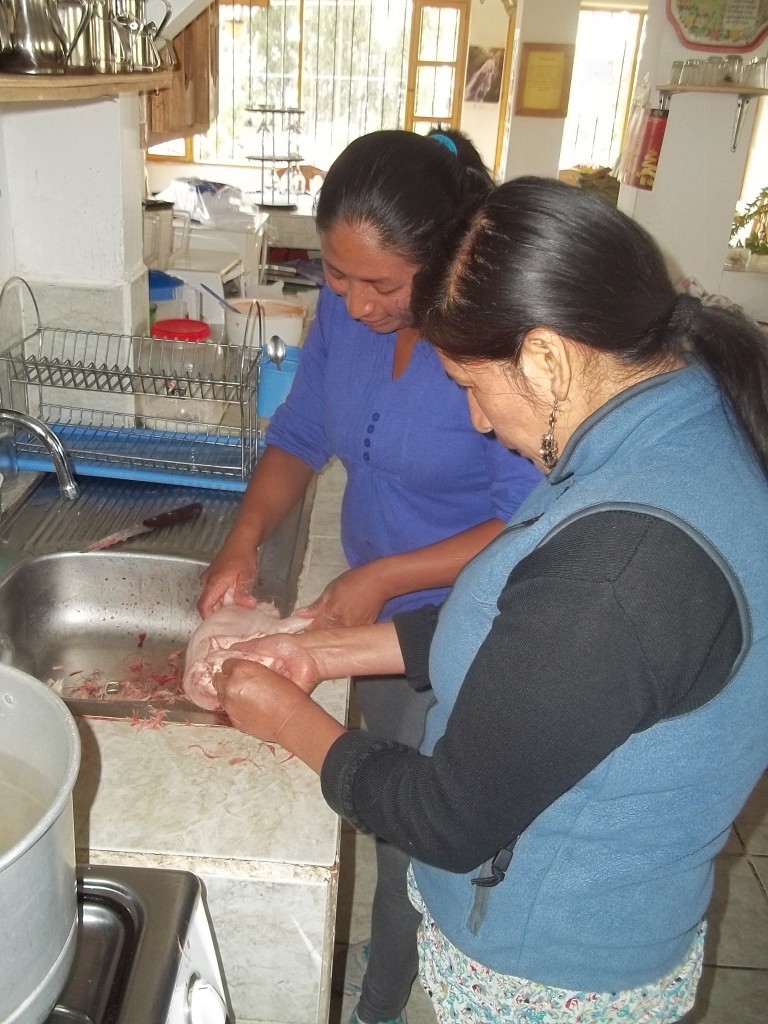 The ladies preparing the recent kills. 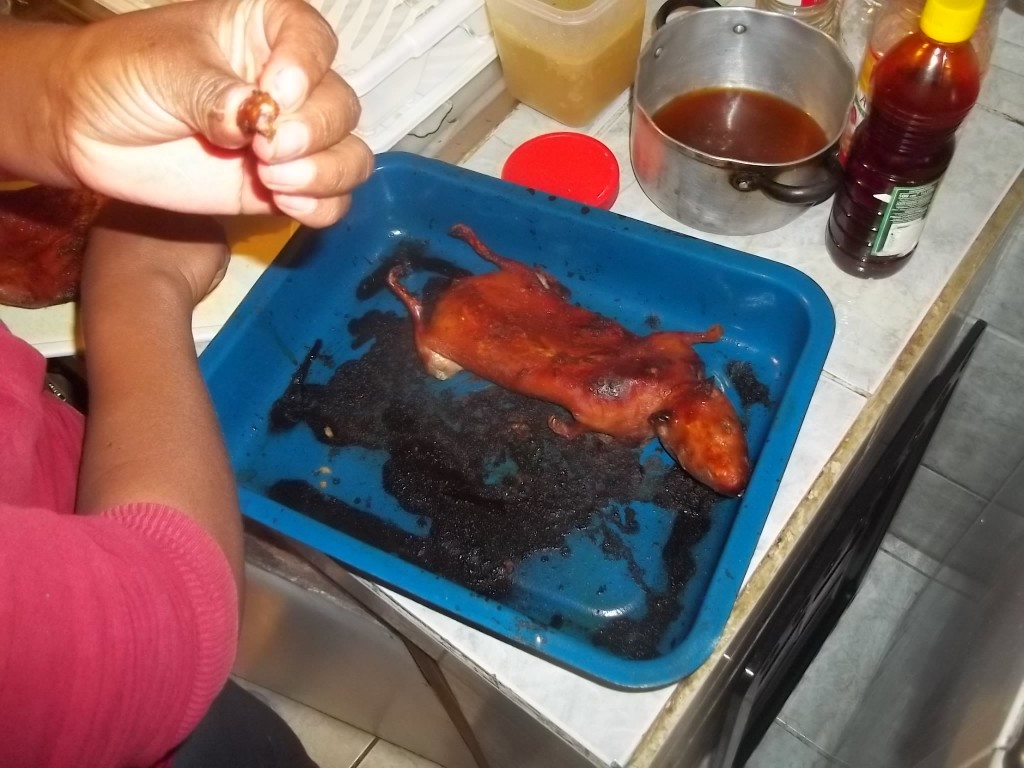 This is a whole baked guinea pig body. The “treat” is the nails, as you can see Lupe is trying to hand me in the top left.

The big draw to Otavalo is the weekly market. Really, it’s just biggest on Saturdays and happens everyday but the weekends. For that reason almost all of our guests came Friday night for the market. Honestly, I thought the market was kind of boring. Granted I had to go so many times and sit around while guests looked at everything twice (I learned to bring a book) but even the first time I thought it was a little dull. There’s maybe two hundred vendors there selling 6 different things. Blankets, colorful backpacks I can’t imagine anyone really wearing, trinket stuff, hats and guitars. Why someone doesn’t sell something a little different and stand out from the crowd? Who knows, but I asked Lupe and she said she thought the market was really boring too. We both surmised that tourists eat that stuff up (which they did trust me, our guests regularly threw down fat stacks) and really no one from Otavalo goes there to shop. Plus if you give anyone’s stuff the time of day you’re going to get attacked with 80 more things you just have to buy if you’re considering this. I’m not a big “stuff-guy” and also as cheap as they come. Markets are almost never my thing. 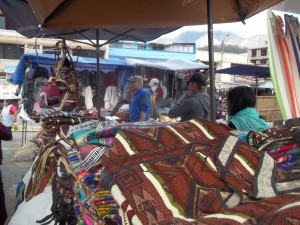 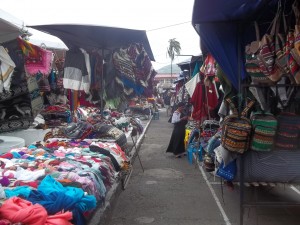 So that was what happened at Rose Cottage Hosteria. Perfect vibes, as I said. I look forward to going back next summer maybe and doing a month. I made a few life-long friends and got way way out of my comfort zone and learned to be ok with it. 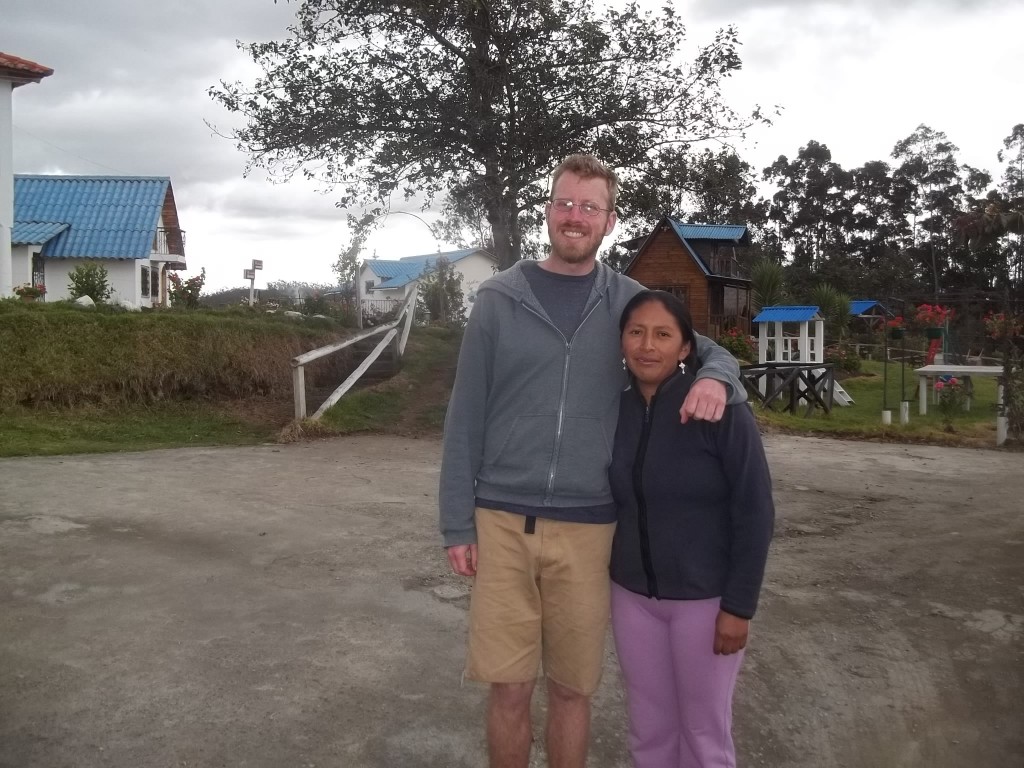 I am now on my way to Santiago, Chile, over 3,300 miles from Otavalo, to meet up with Canadian superstar from last year Ian who bought what looks to be a bomb of a van and we’re thinking about driving that beast back to the States. As with plans, we shall see what happens.