If you go to New York, be prepared to spend most of your savings w/o even realizing it.

When we last parted ways, I was moving on from cousin Ellie in the Boston area for a month of culture and subways in New York. Putting me up was high school friend extraordinaire Lewis Starkey, who is by default a best friend of sorts. We haven’t been very close at all since we graduated Plant High, eek nearly ten years ago, but you know boys, whenever we talk it brings us straight back to our hacky sack-playing days outside of Wendy’s off Neptune/Manhattan in the glorious sun of South Tampa. Those days seem like almost 100 years now, or maybe even some weird dream, but a whole yearbook proves it happened. 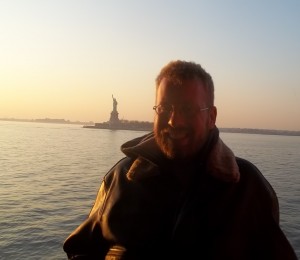 Heading into that Empire State, I tried to set up a few friends to stay with so I did not have to load into Lewis’s place for the entire month, but those girls ended up being super flaky so I was w/him for the entire month, which did not prove to be a problem. Lewis is a sommelier at Quality Meats and I unfortunately saw very little of him throughout the month and his roommate Victor mostly did his own thing and was there very little as well. There was a lot of time I had to myself at their place which is never a bad thing, in fact, I probably spent too much time around the place playing Lewis’s Taylor Big Baby acoustic than I should have. It’s the same acoustic guitar I had so I was missing it, ya? I have an electric, acoustic and a bass living in Austin…who knows how I will ever get those back? 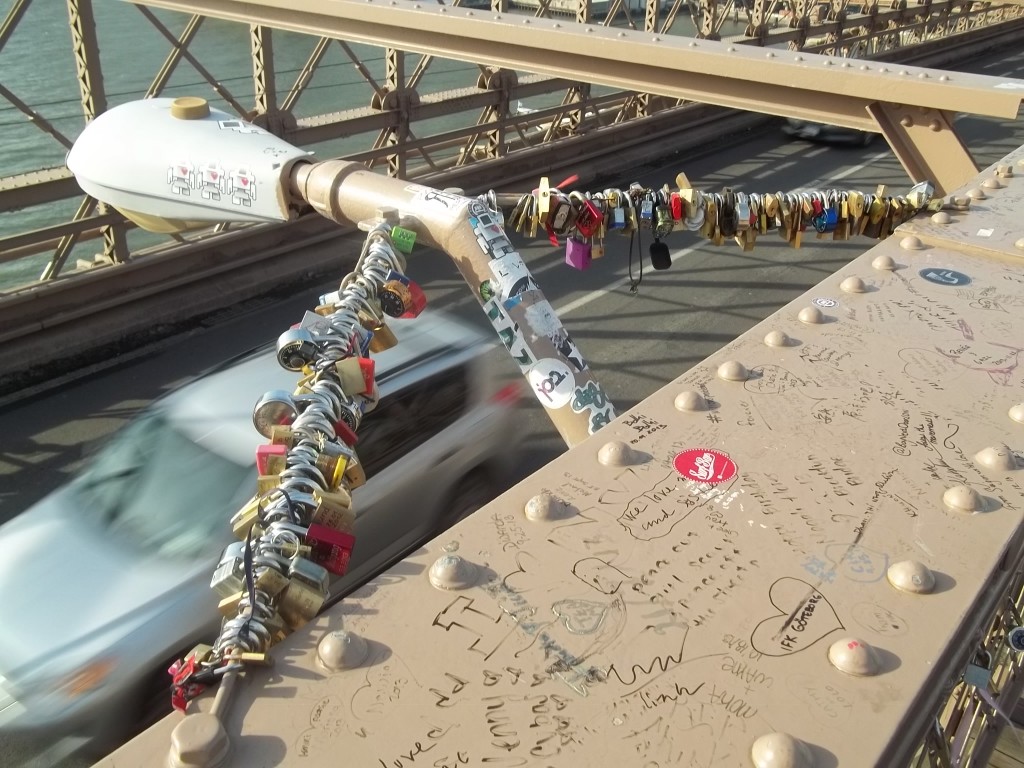 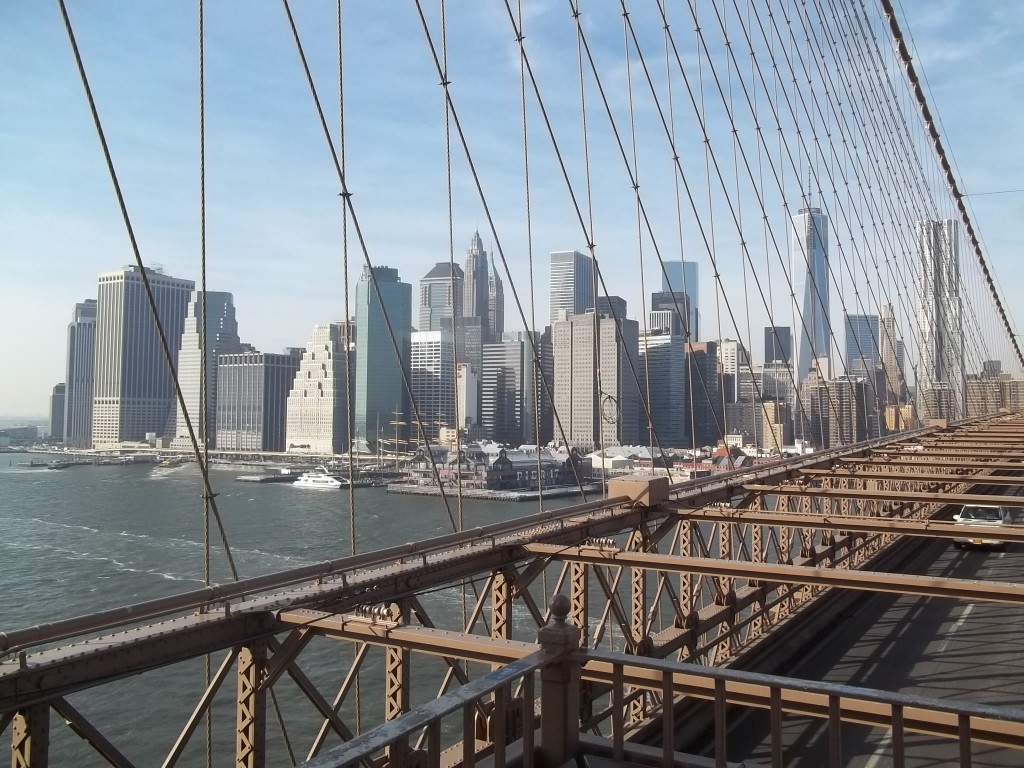 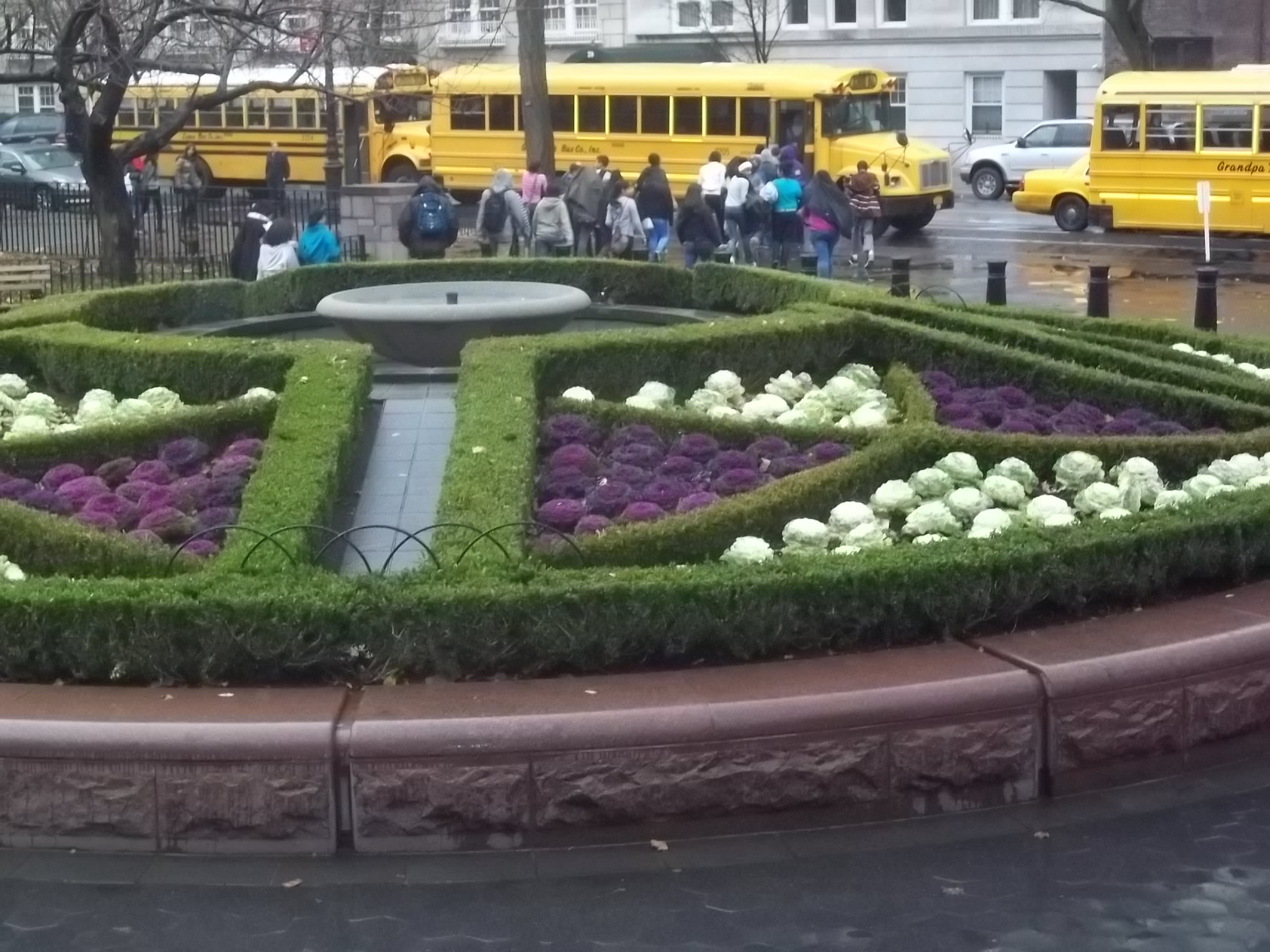 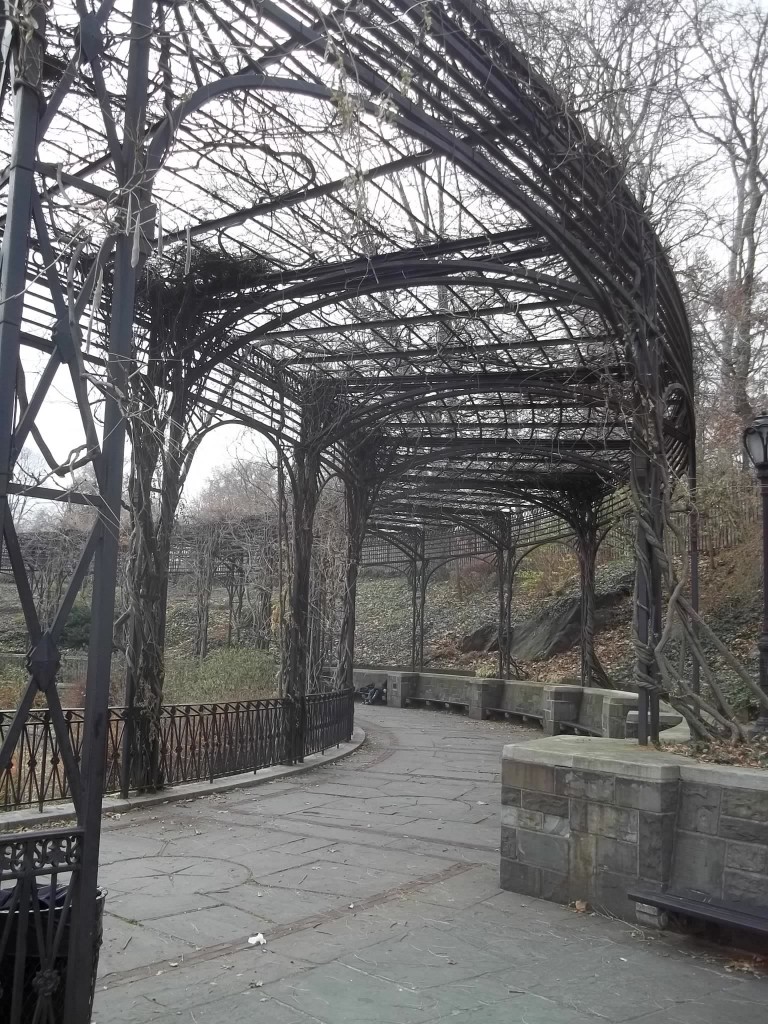 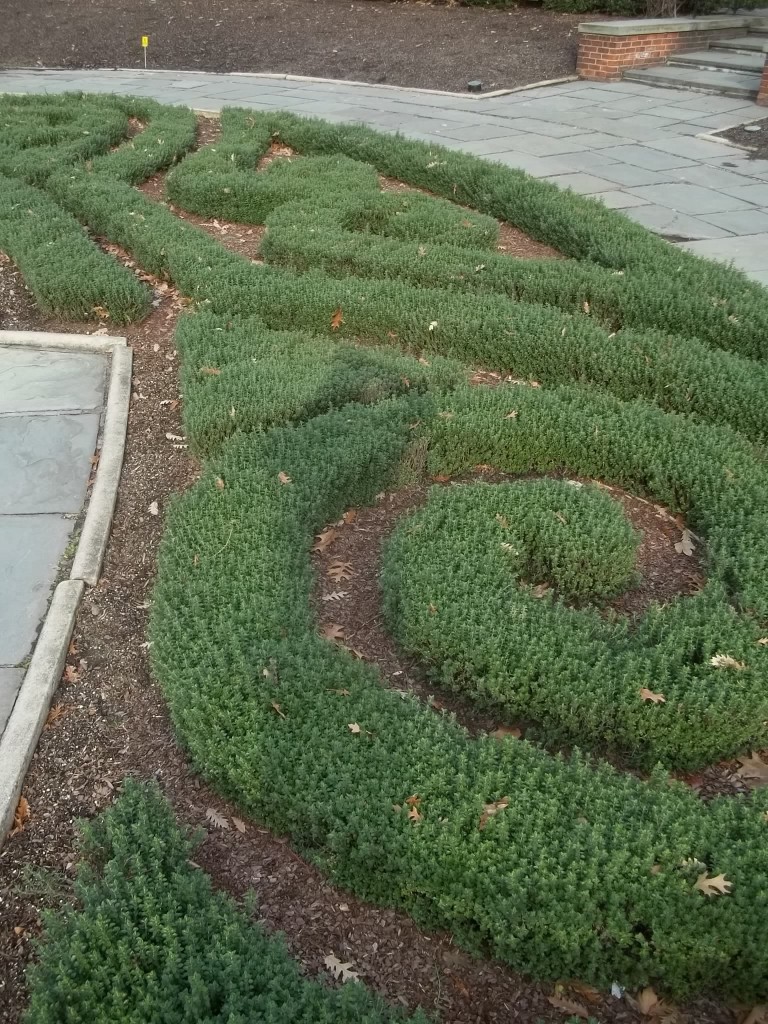 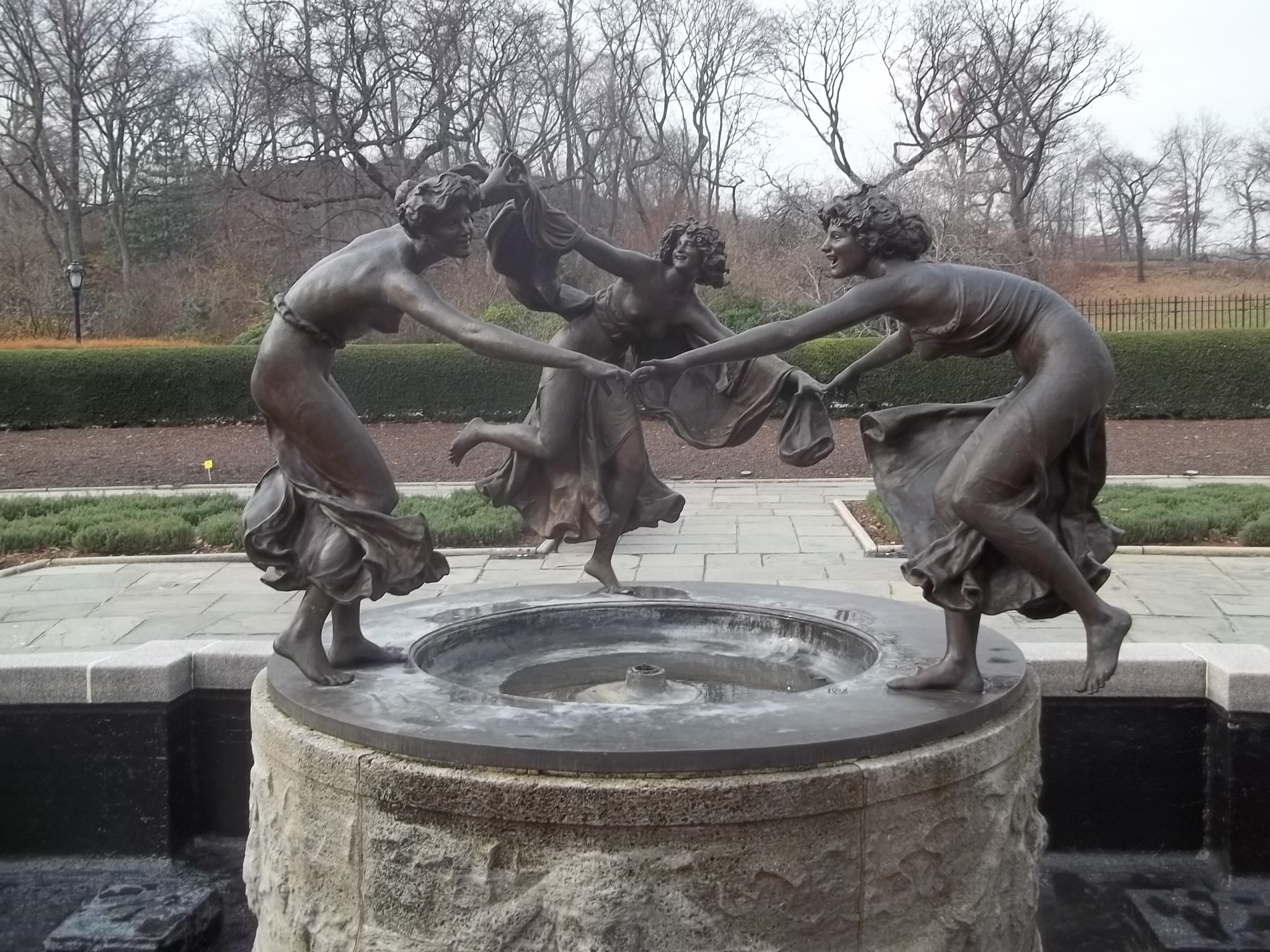 Ok, let’s cut into the meat. NYC wasn’t for me. In fact, I hated it to a level. I am so glad I went and do not want this paragraph to reflect any ungratefulness towards Lewis but that city was not for me. If I never go back, that is just fine people. The city is incredibly cramped and unbelievably expensive. There’s no room to move around! I rarely saw the sun, I blew through my month-budget in about a week and the subways as a main source of transportation were nothing short of depressing. You would be flabbergasted (and I try to limit that word to only a few times a year) by how tiny Lewis’s apartment was and how much he paid for it. You meet people who just have to go and be a part of that [NYC] action, which is completely beyond me. I met plenty of strangers who seemed poor as hell and no doubt paid out the nose for closets to live in, and I wanted to scream at them, “Move to Florida! Move to Texas! Move ANYWHERE else!” The appeal of that city sailed clear over my head.

Now that I’ve gotten some bitching out of the way, I had a pretty good time. I went to the Metropolitan, the Cloisters, Coney Island, the Central Park Zoo and Katz, among other things. Probably the best part of the trip was catching up w/Garth, who my last roommate in Austin, along with Ryan Simmons. Garth grew up here in the Big Apple, but hadn’t been back since he moved to Austin in the early 90s. He was staying w/a friend of his dad’s who needed someone around to go to doctor’s appointments with and just in case something went wrong. Most (and by that I mean all) of my friends turned out to be total flakes and Garth was the one guy I caught up with on a regular basis. We did some museums and had a pretty good time stomping around the city.

A gloomy view down into Coney Island…

The Metropolitan Art Museum I had been to before. I’m not super into unfunctional visual art but the people watching at these high-end art museums is always awesome. That’s the wrong reason to be at a museum! Forget you…I do what I want. What was really cool was The Cloisters, an offshoot of the Met way way uptown which featured medieval tapestries and door frames. That probably sounds like the dumbest thing you’ve ever heard, but hear me out. They had door frames, built into the building itself, that were 1500 years old. How they got them there (on a large boat probably) and how they built them into the walls (very carefully probably) is beyond me. They also had the oldest known deck of cards that we use (four suits, set of 52, face cards all that blah) in existence. All of it was pretty cool I thought. Not a lot of art exists from 2000 years ago. Deal with it. 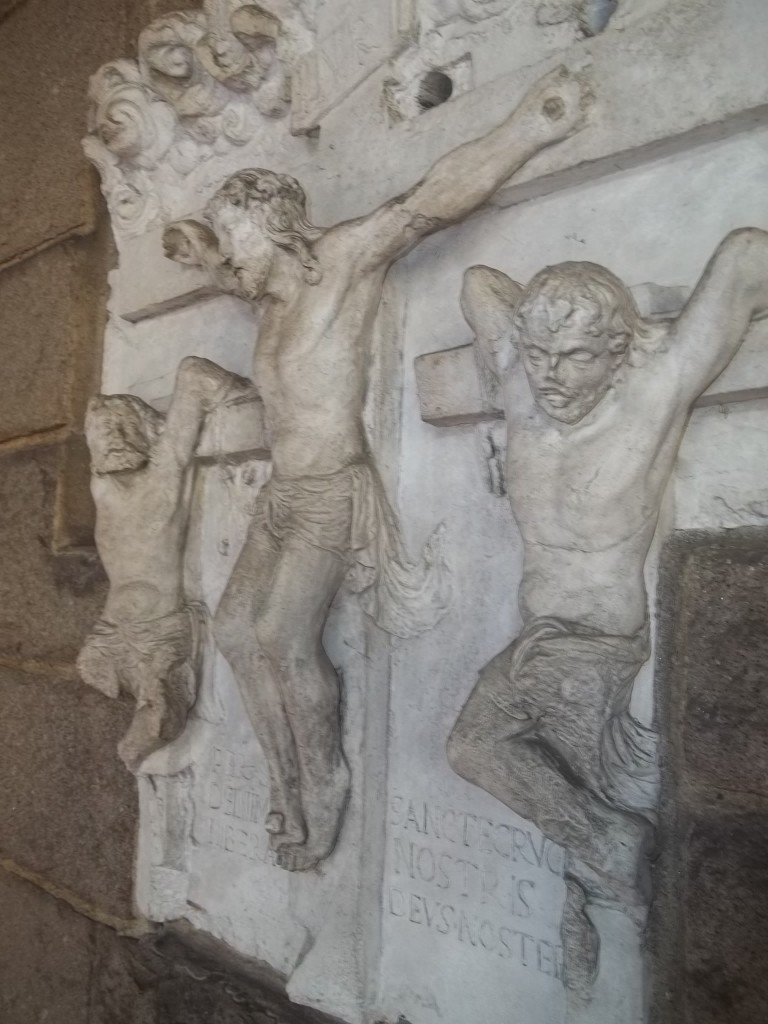 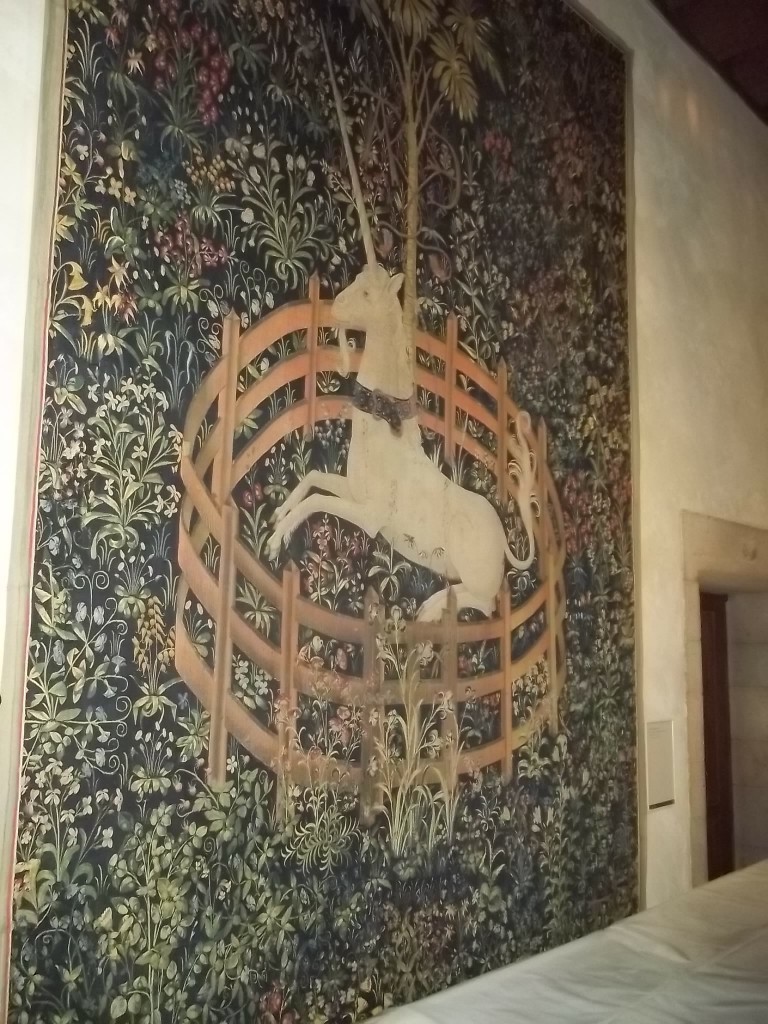 The other cool thing that everyone has done but I am going to write about anyway is the American Museum of Natural History. Pretty up my alley as far as things go. Lots of dioramas of animals of similar genus straight chilling. This was one of the many events attended with old ATX partner-in-crime Garth, who came to The Cloisters too and is awesome. Anyway, I wish I had some suuuuper deep things to say about the museum but I don’t. It was cool, and you can pay what you want to get in. So go and give them $1 like I did if you’re ever in the city. 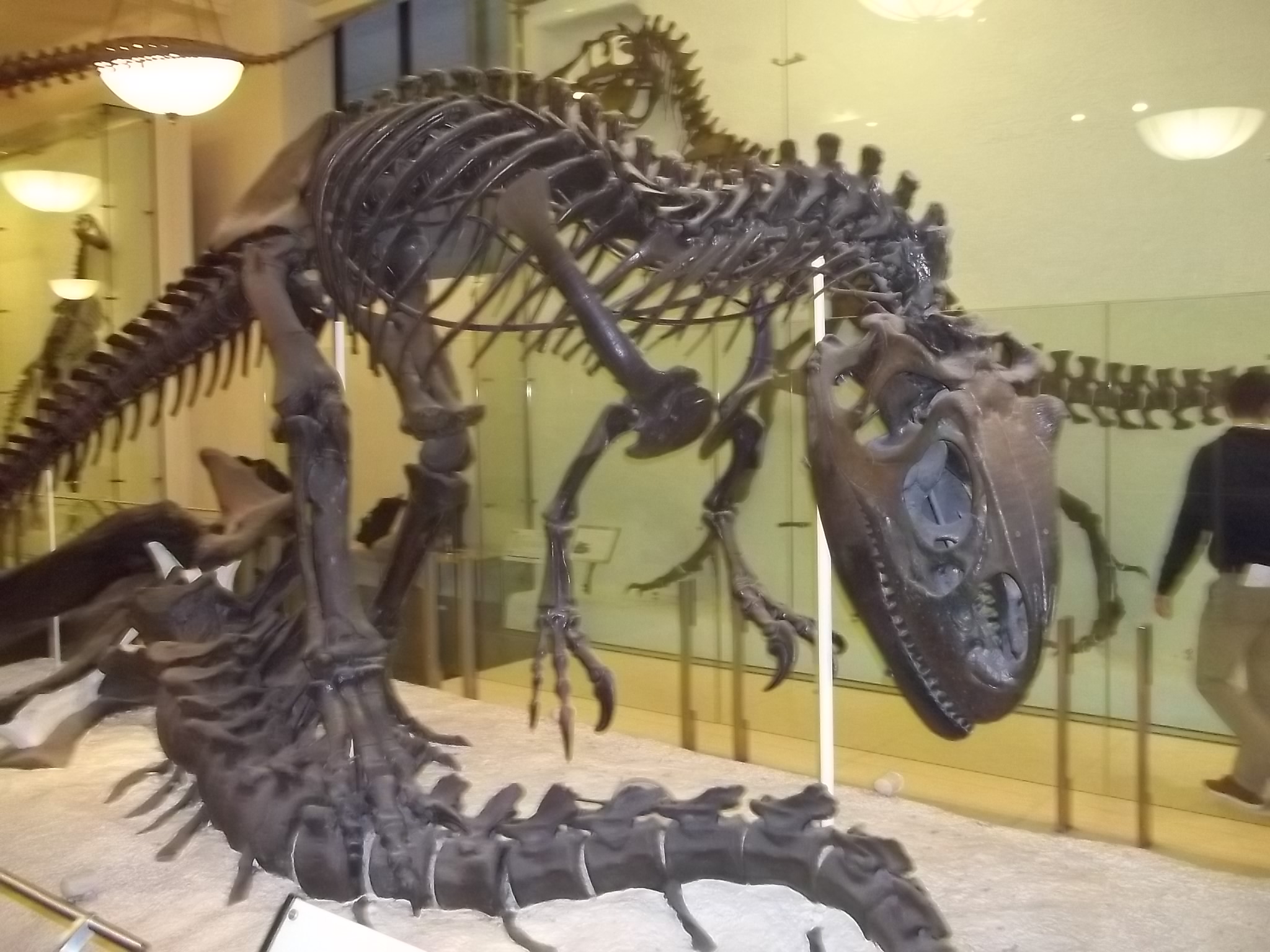 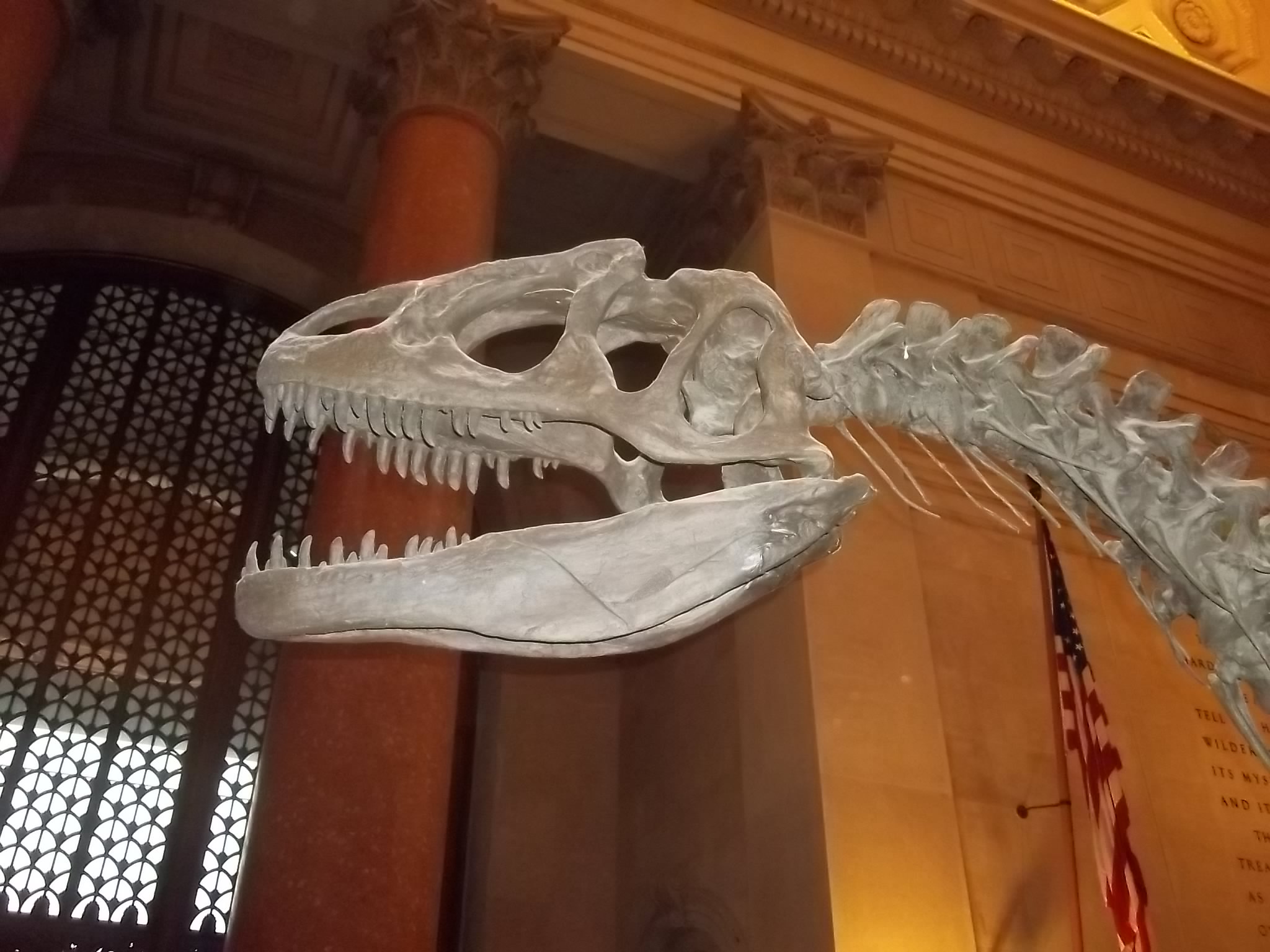 What ended up being a quite informative yet slightly depressing afternoon was the visit to Ground Zero. In a country where we one-up the hell out of everyone else, something like five or so new buildings are being built to replace the original two. Sept. 11 happened when I was in tenth grade and I can remember sitting in Driver’s Ed when a teacher came in to tell us some planes slammed into the World Trade Centers. Honestly, at the time I didn’t know what the twin towers were and it didn’t really mean much to me. It never did actually. I lived 1000+ miles away. I didn’t know anyone who knew anyone effected. Life went on and it just became something people “remembered”  once a year. Maybe this sounds callous to you, but when something horrible happens that doesn’t directly effect you, you sort of just move on when the press does. But wow, being there. REAL. Just, WOW. There were tons of clips of people calling from the hijacked planes, dads talking about their lost sons, 1000s of missing posters up all over the city in the aftermath and just WOW. 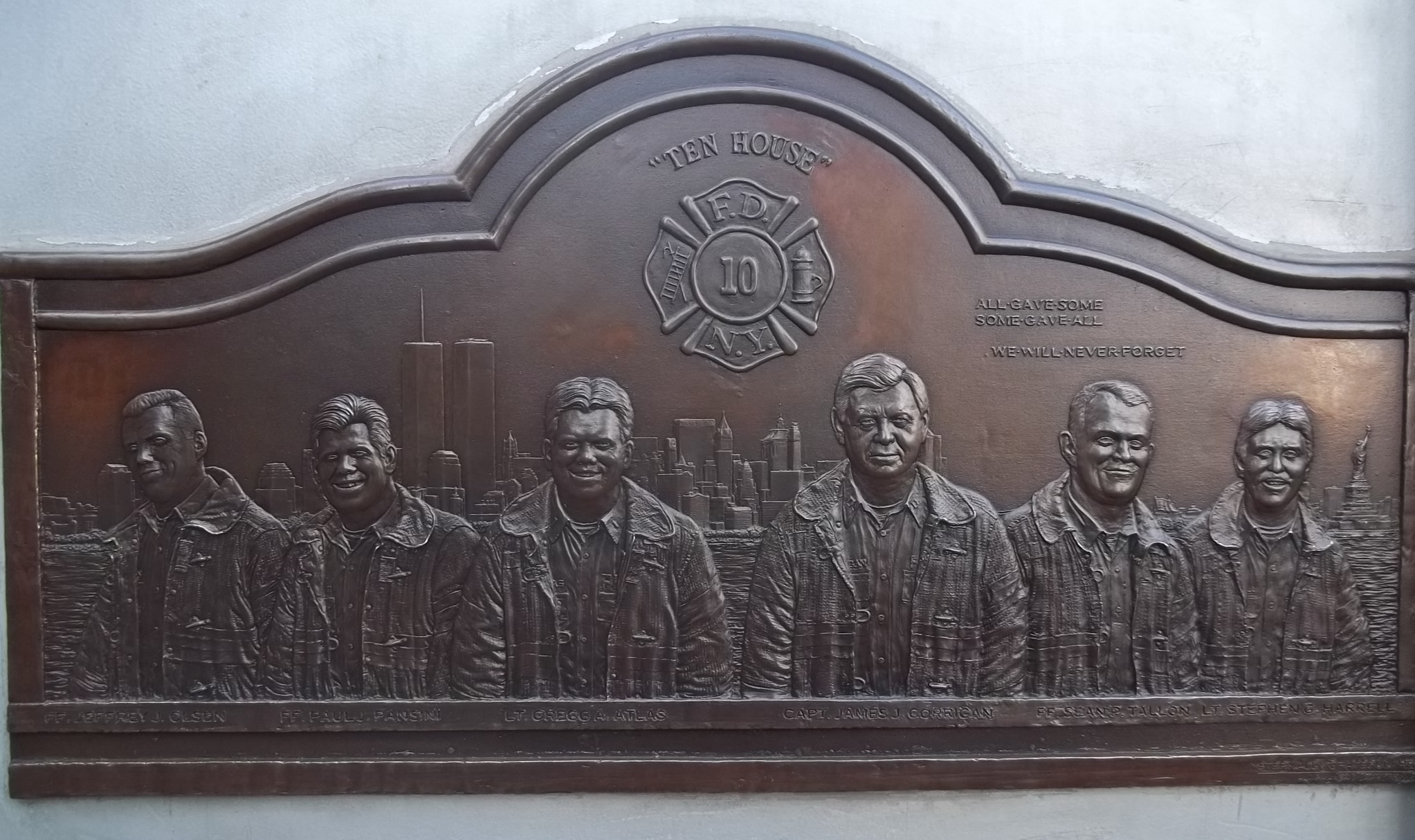 Maybe the single most emotional ten minutes of the past 10 years was the enormous room covered from head to toe w/photographs and newspaper clipping and race bibs and just any momento of anyone lost. It was so sad friends. There where boxes of tissues and these two older ladies and I just cried together. Eesh we all just lost it for a few minutes. I’m tearing up now. It’s easy to just forget all the people lost where just as special as anyone of us. Most poignant NYC afternoon. Where the original towers once stood are two pit-like waterfalls as a memorial. I hate using words like “reflective” but the whole experience make you see yourself differently. Go there if you find yourself in the area. It’s real real REAL. 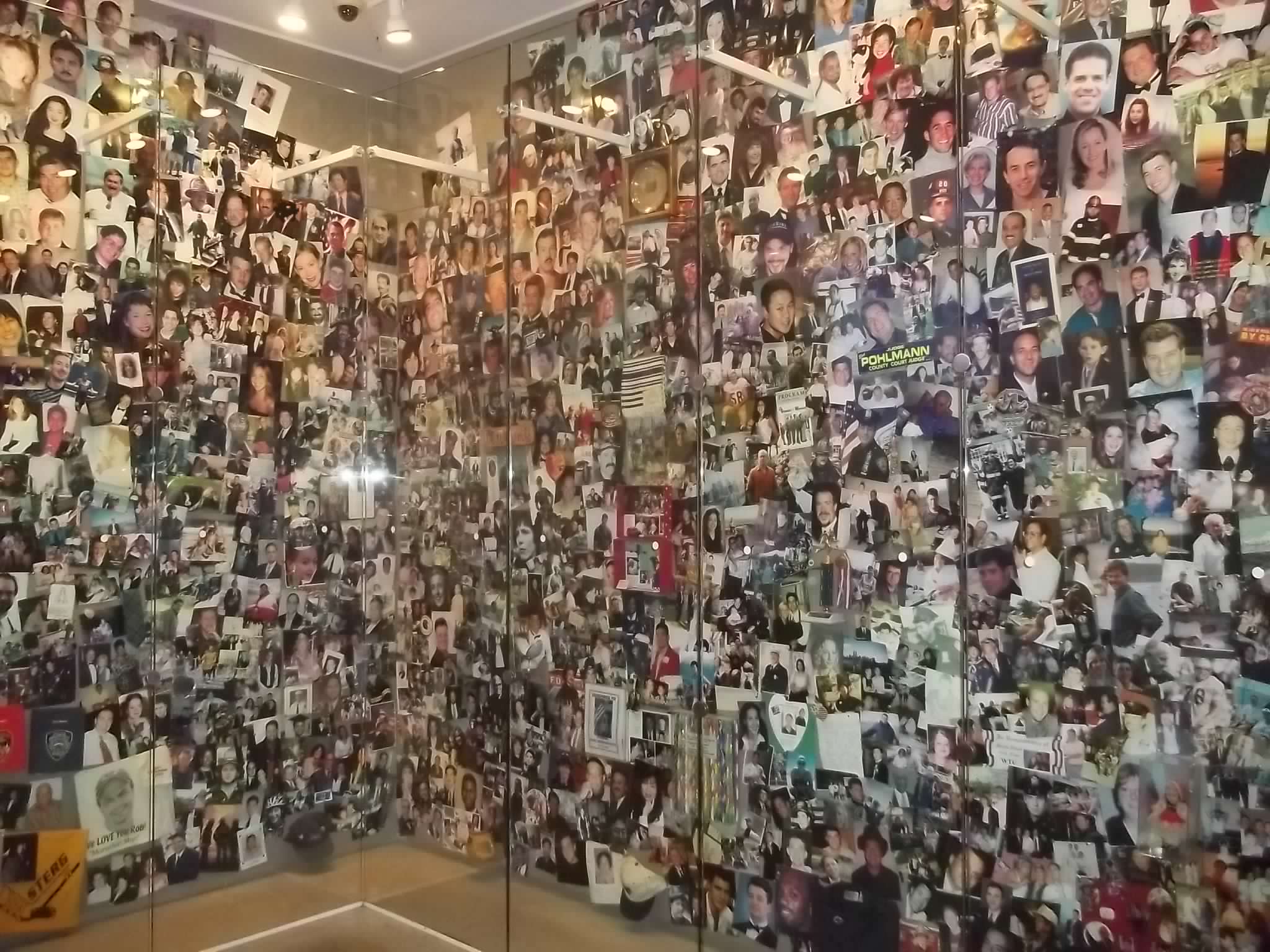 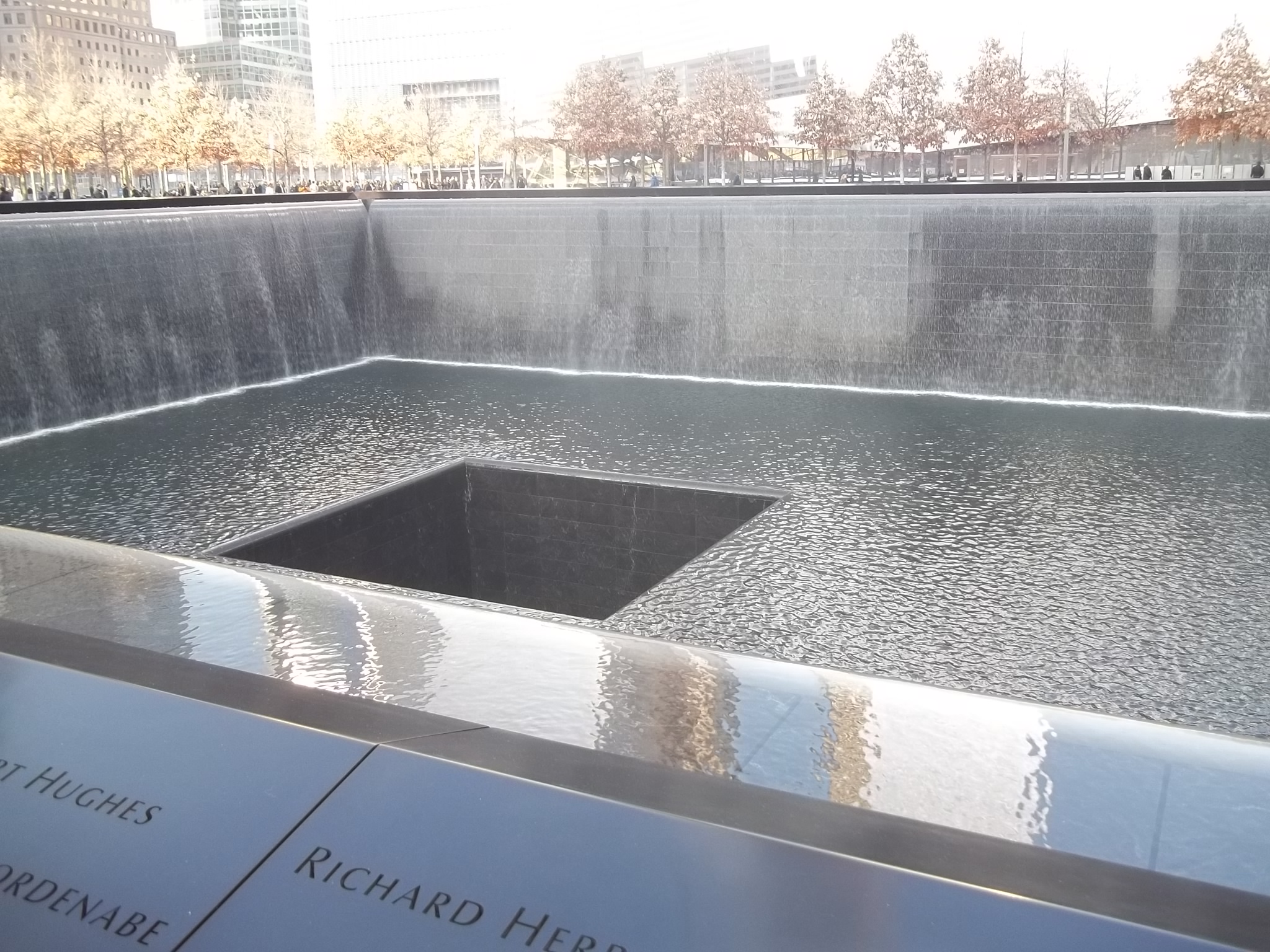 So that was NYC. Lewis, who is as mentioned a TOTAL BOSS put me up in his Brooklyn bachelor pad and Garth and I stomped around town a fair amount of times. I was at the time disappointed not to see any of my other friends there but life as a current hooked me up w/the golden oldies. Below that’s Lewis in the subway with me, Garth with the straw hat and LEGO Batman with the cape. Three (LEGO Batman included, duh) great friends and I wish them all the best as we stumble down our separate paths. Sheesh, I’m tearing up again… 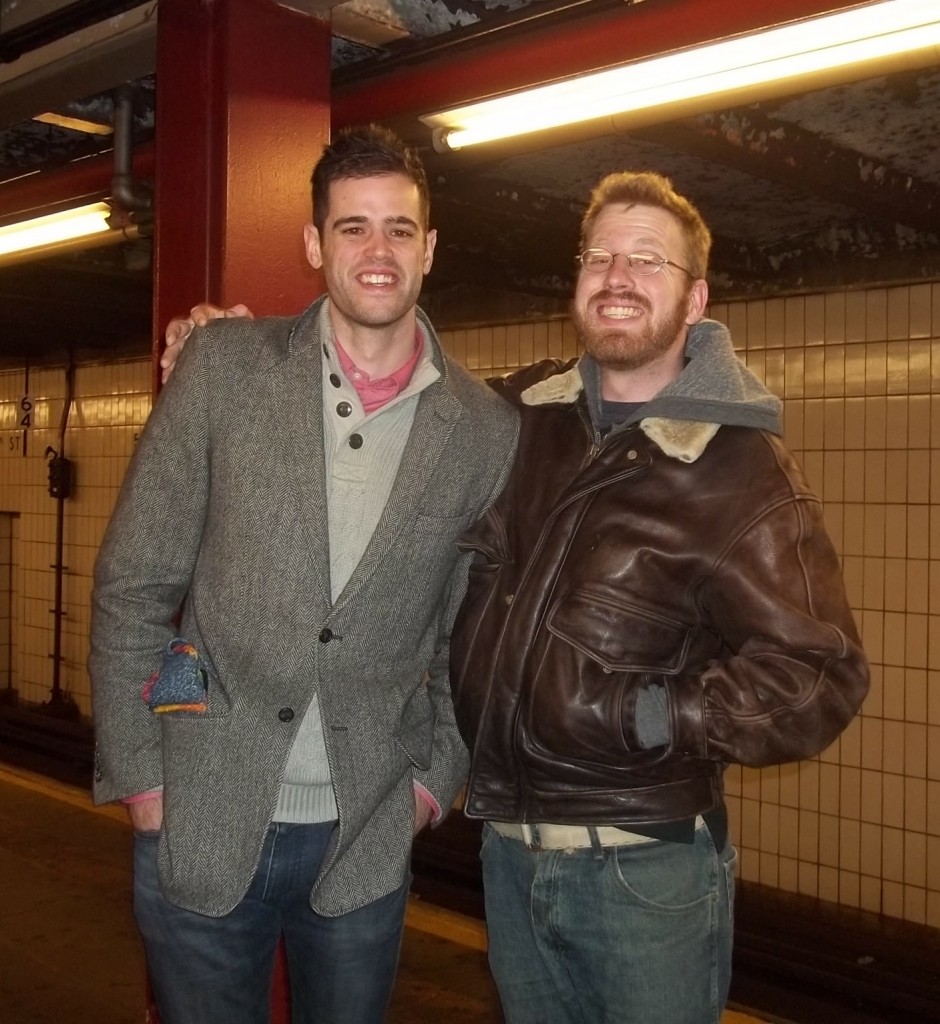 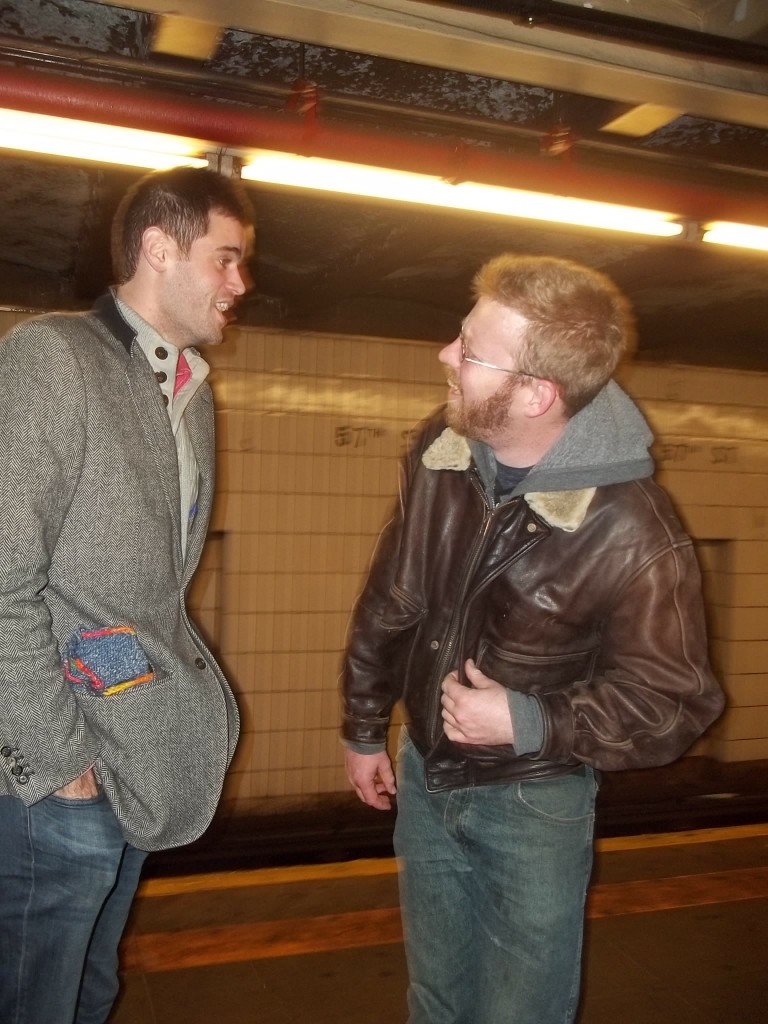 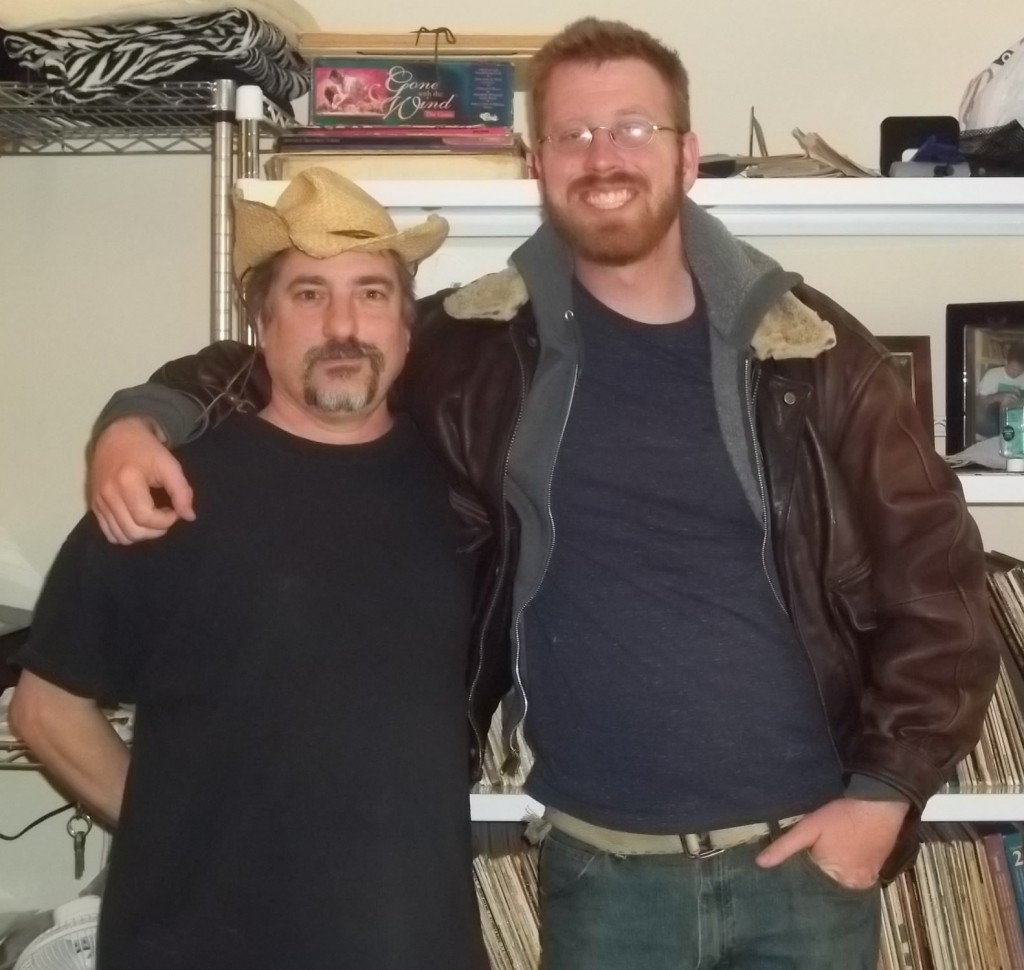 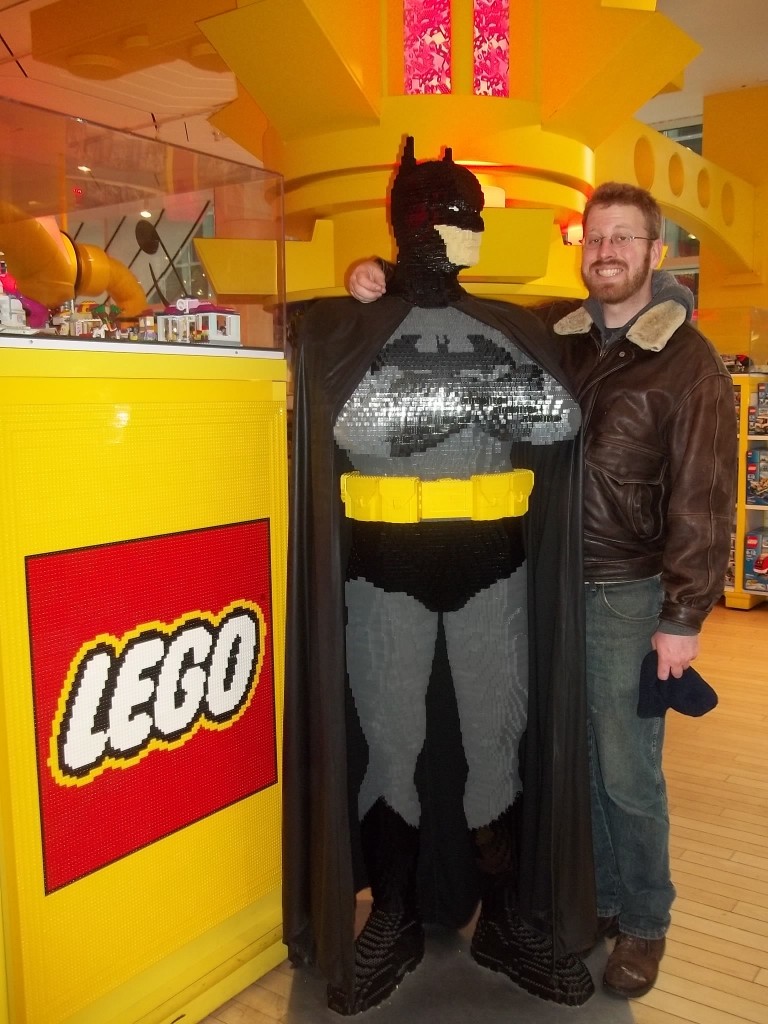 Happy New Year to all my friends where ever you might be! I luff all of you… Don’t do anything dumb like drinking and driving or giving $ to the Catholic Church! If you need a ride call me and I will drive the necessary 100′s of miles within minutes to give you a ride. 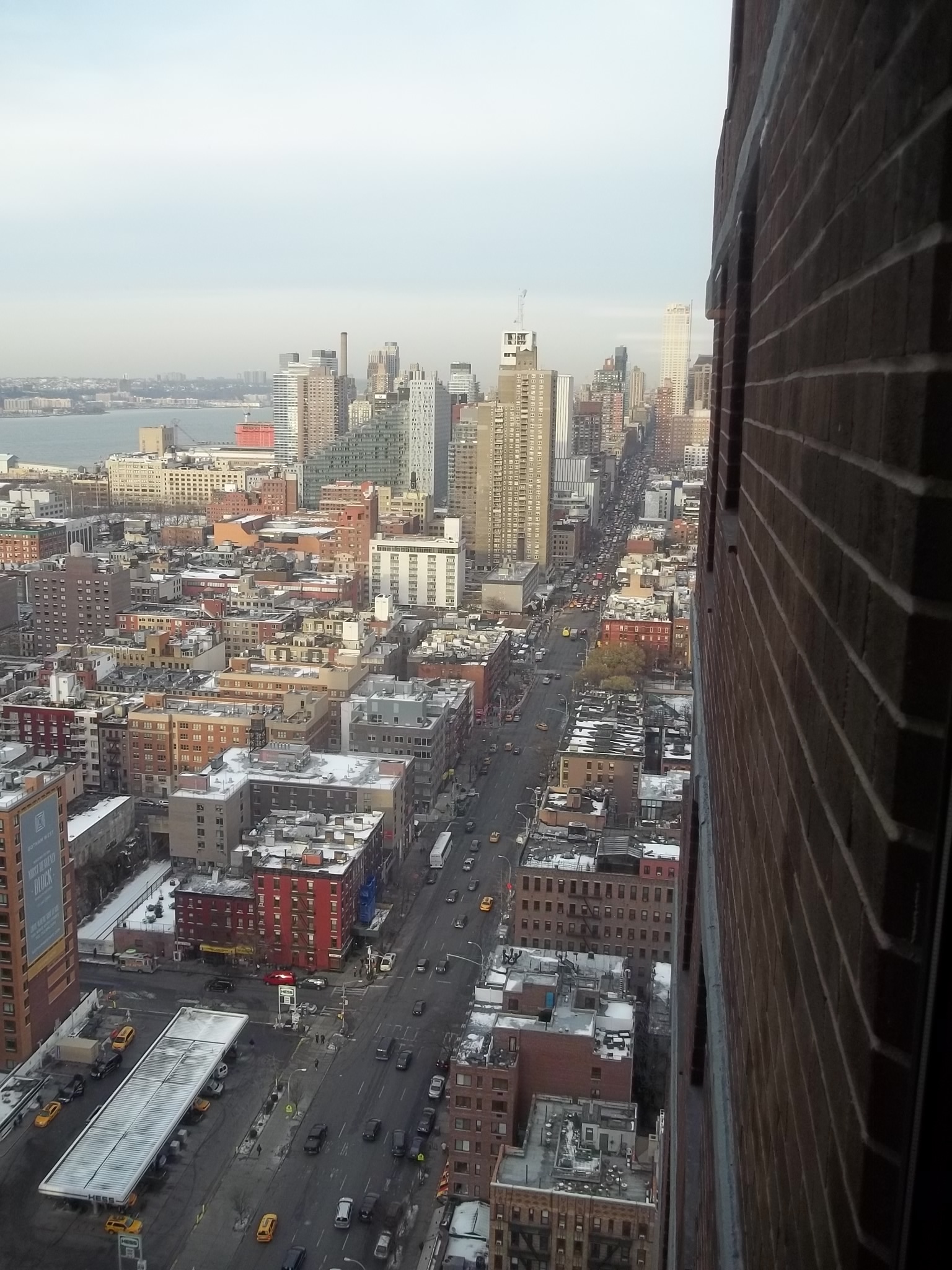