I hope I wake up at River Farm…

It’s been a hot minute since I got a post up onto this blog. Some friends thought I would keep this going and talk about all the different stuff that had been going on in the DC-area while I was there from January to June. There was more than enough material to blog about but I got into other things and I think blogging is more of a traveling activity for me. I am planning on doing more traveling here in a month or so but more to come there. 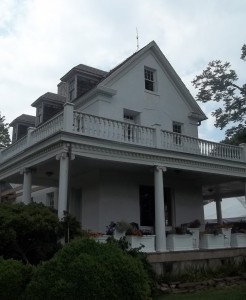 To brief those not in the know (everyone but my mom) I was privileged enough to be the Editorial Intern for the American Horticultural Society’s magazine, The American Gardener for the first 6 months of this year. That was a lot of specific info for one sentence, so take the second to read it again slowly if you feel the need. The AHS has lots of great programs for gardeners around the US and I urge you to click that link and look a little more closely. Now, some of you hear the word intern and bile starts to rise in the back of your mouth from that time you sat around a hastily-made cubicle for a whole semester and paid nothing for work that was never going to be used. But never fear! This was a whoa-useful internship in which actual responsibility was bestowed upon my shoulders and writing (that I wrote, just to be clear) was printed to be shown to the world. On top of that ice cream mound, I got paid. For an intro-writing gig (which is a desert of unpaid, under-appreciated BS) this was killer. 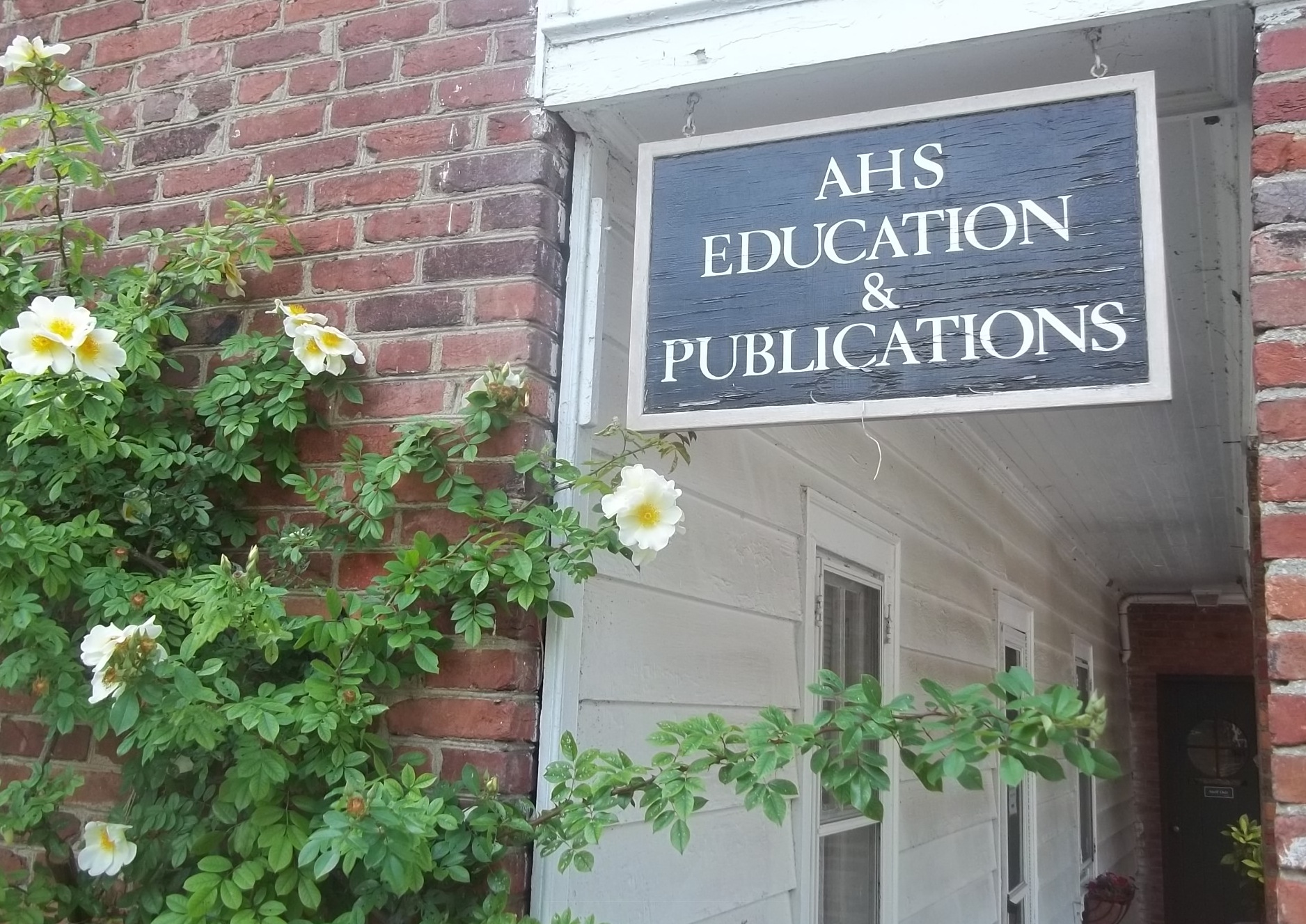 The offices were on the property of River Farm, which is a goooooorgeous portion of what George Washington used to own back when he was still alive and such. It’s right off the Potomac River and one can crane their head due north and catch a glimpse of the Washington Monument and the Senate building on a clear day. There’s a large house where all the events are hosted (mostly weddings) and where all the HR/Membership ladies work. Off to the side, above the barn I suppose, is where the true magic happens, over in the Publications building, or “Pubs” if you want to be cool 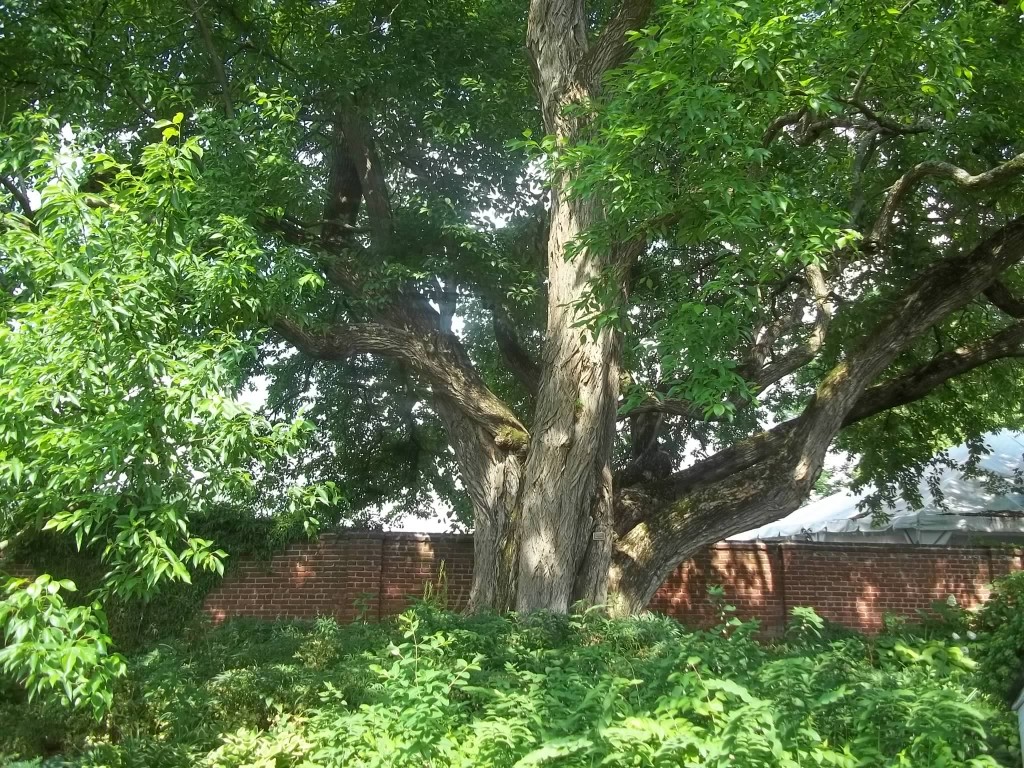 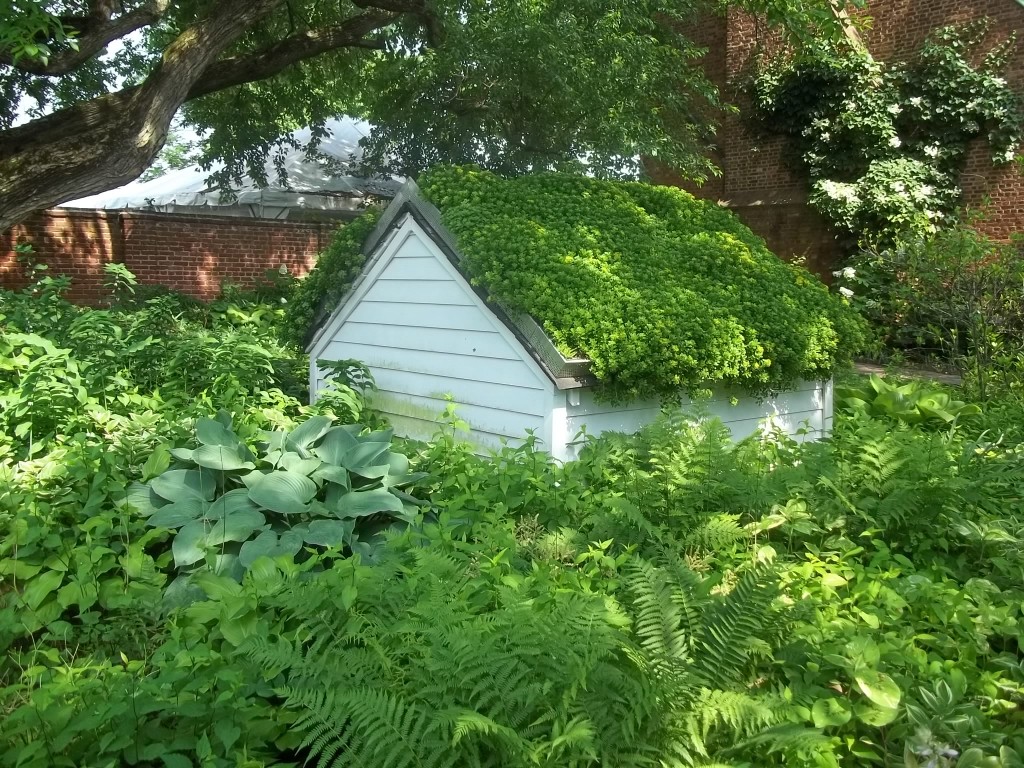 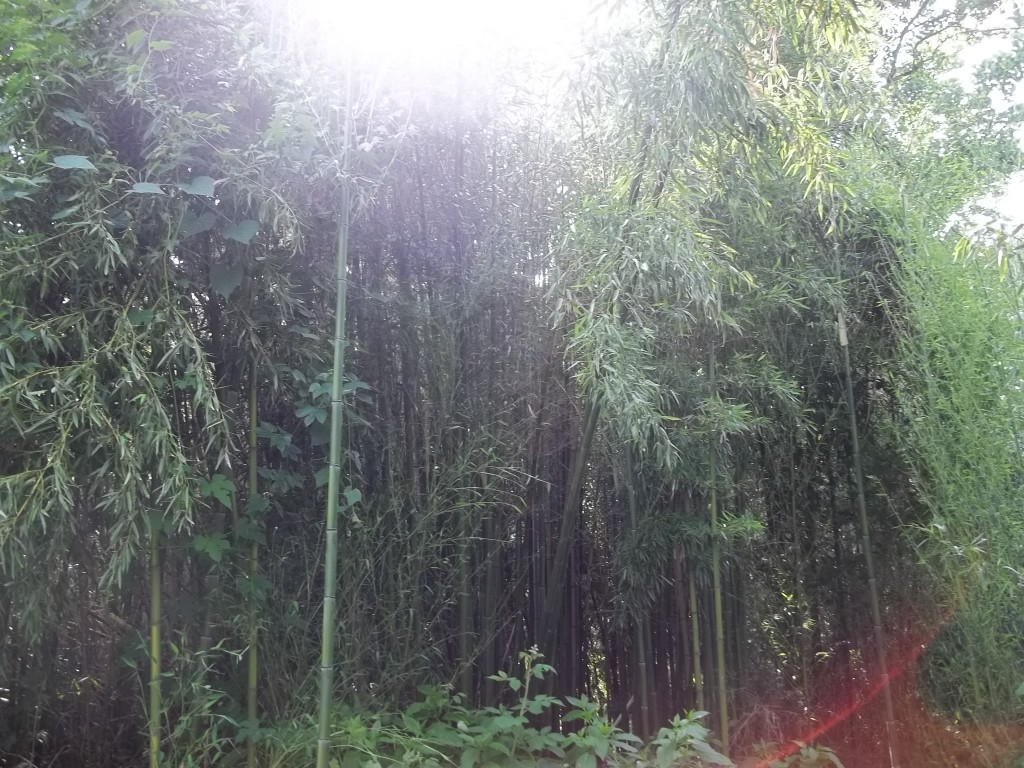 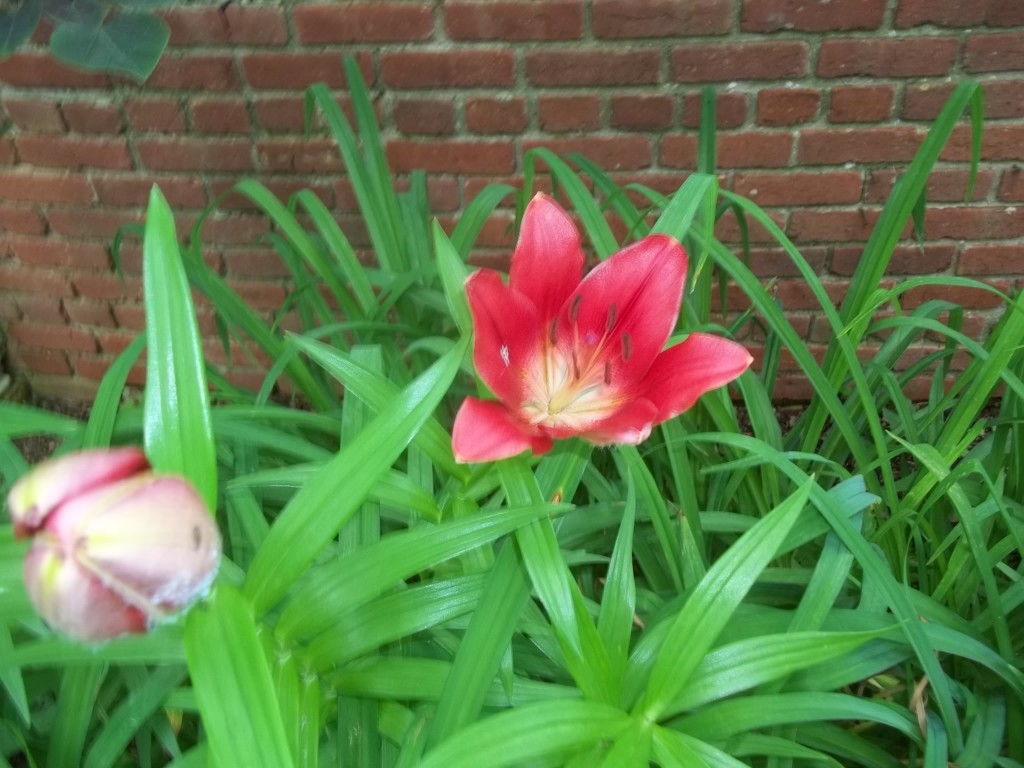 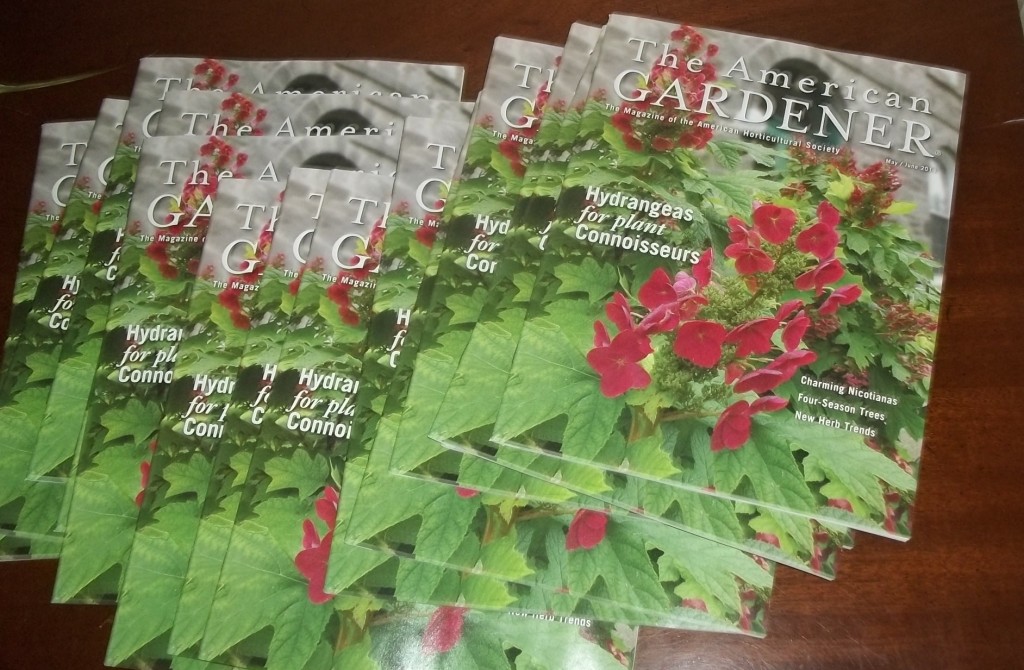 I got to work on two issues, which you will never see unless you are an AHS Member or my mom/aunt. I have a few articles posted on my writing portfolio, which you can see a link for on the bottom left of this page, or here if you’re super lazy. I was surprised to be sort of the only one on staff who wrote consistently, though this wasn’t a set rule. David and Viv are editors, Mary lays out the mag and the big articles are outsourced by gardeners around the US. I suppose if you are making a magazine aimed at the entire US then it makes sense to pool from writers around the country. Maybe that’s how more magazines than I think work, ie, with a staff of mostly editors who gather content from an array of writers. Anyway, I got to pitch stuff, research it and write about it and then get a small paycheck every other week. I think I already typed this above, but for intro writing gigs this is pretty sweet. 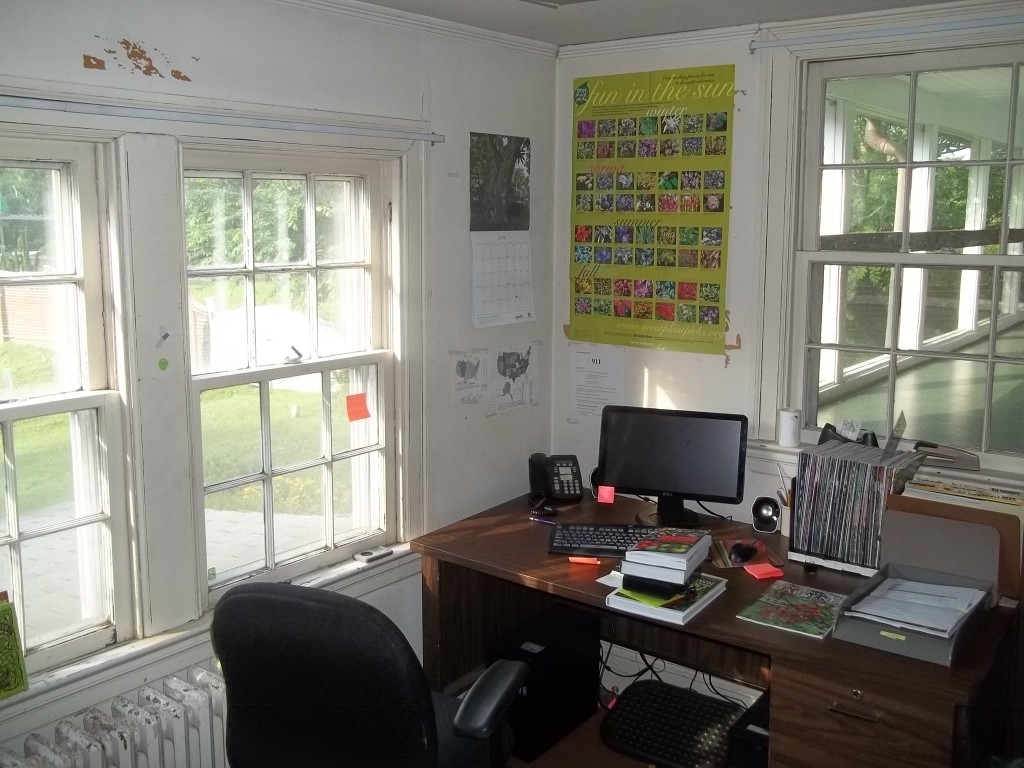 The staff of The American Gardener is quite small. Just three other people for most of my tenure. We have David Ellis, Capt. of the ship, Viveka Neveln was the Associate Editor, who I probably got closest with, and Mary Yee, the Art Director. Everyone was really nice, and different in their own little ways. David was a bit of a DC father figure (though I am sure he’ll be horrified to read that) telling me about all the cool sights to see around the area. He has been living in the area and working at the AHS since I believe the nineties. Viveka was closest in age to me, so the greater bonding seems pretty obvious to me in retrospect. She started in the my same position nine or so years ago and was offered a job at the end of her tenure. Mary was a little reclusive back in her corner office but was quite down-to-earth when you got her talking. Plus everyone let me bust into their offices on an hourly basis to ask questions and always greeted me with a smile. Towards the end of my tenure, Charlotte was brought on board as the social media guru and was super pleasant as well. Above was my office, and I will never have such a view again.

Clockwise from top right, David, Capt. of the Ship, myself, Mary, Charlotte and Viveka. All BFF-material. 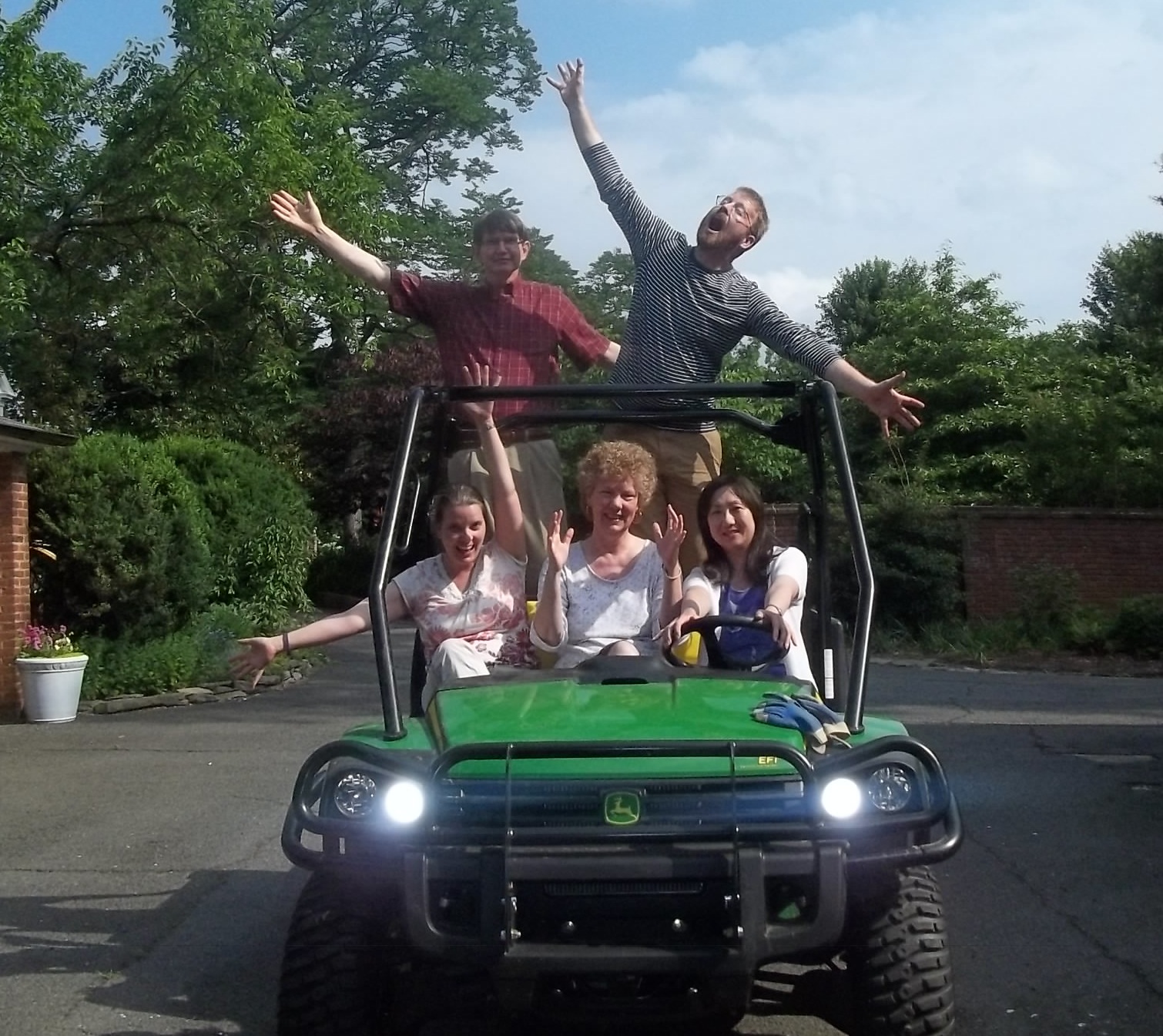 As far as everyone else, there’s only about 10 other people who work at the AHS in general. A head president, an HR lady, a few membership gals and an event coordinator. That’s Ping to the left, a membership gal and Sylvia to the right, the Horticulturalist.  I’m not really sure what Sylvia and I are doing. 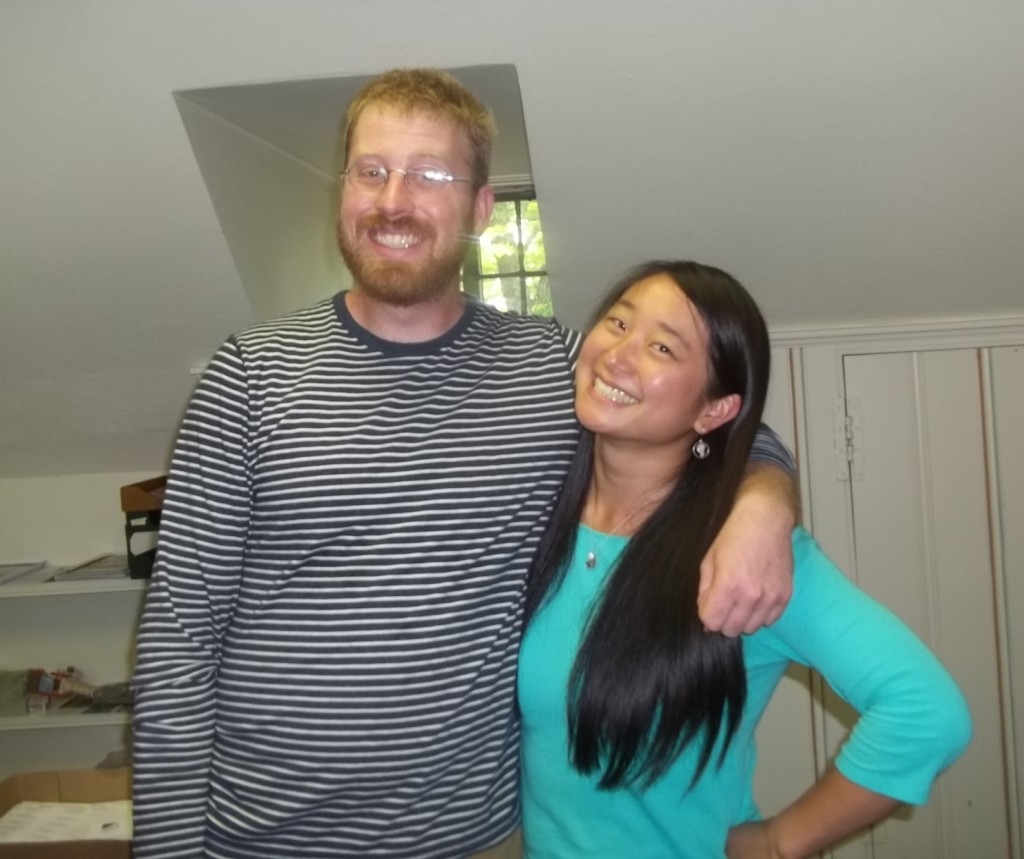 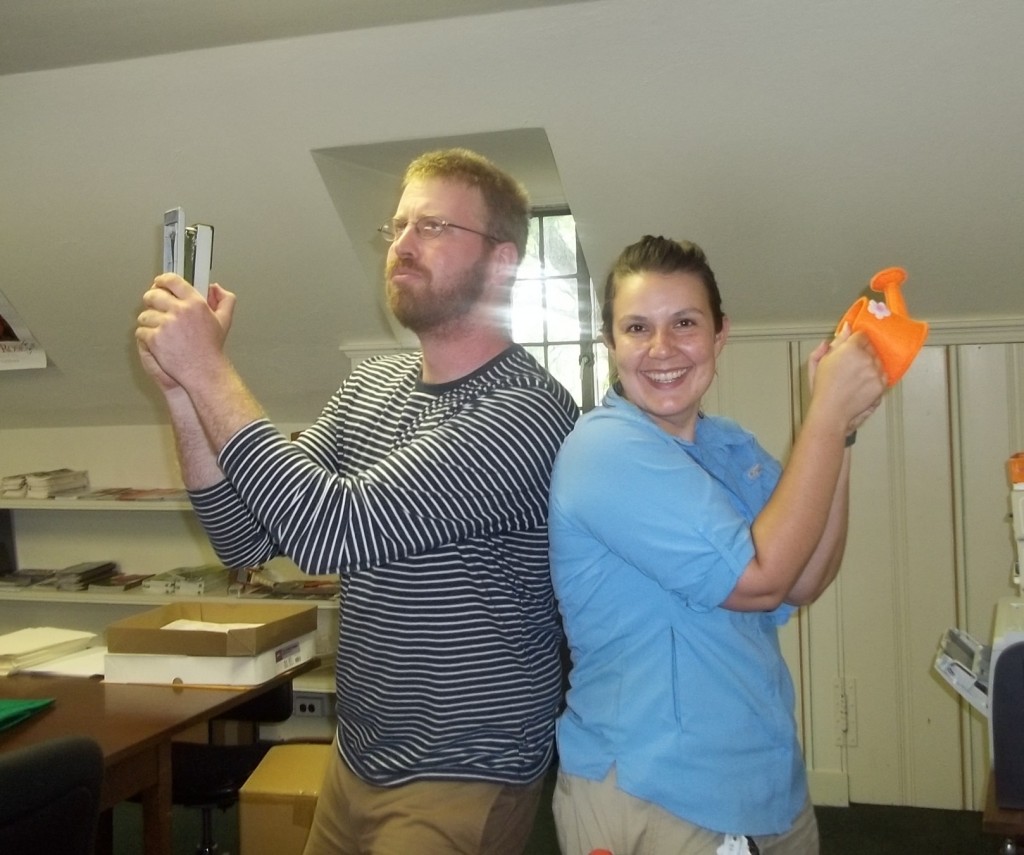 Whatever my supremely limited working experience is worth, I think working for smaller companies is where it’s at. Sure, you’re almost certainly going to get paid less and the ladder for growth is more like a step stool but the family vibe is something one cannot put a price tag on. I was for sure closer to some people than others, but everyone there was my BFF pretty early on.

I also made some extra cash covering a few events happening at River Farm. These turned out to not quite be worth the money, though to be clear I would have just been reading at home. River Farm makes some extra cash allowing events, mostly weddings, to be hosted at their river-front establishment. So naturally, they need someone at the front desk of any event to ensure no one burns the building down and such. I could get paid time and a half to sit at the front desk and tell everyone, twice, at a wedding where the one set of bathrooms were. Easy money, right? Sort of. These are 10+ hour days, and rotate between supremely boring and whoa stressful. When something goes wrong, like a blown fuse, the best friend of the bride, always angry, always drunk, comes looking for me. It’s also hard to sit down the hall in a chair listening to everyone have fun for several straight hours, especially someone so prone to feeling sorry for themselves, like your truly. 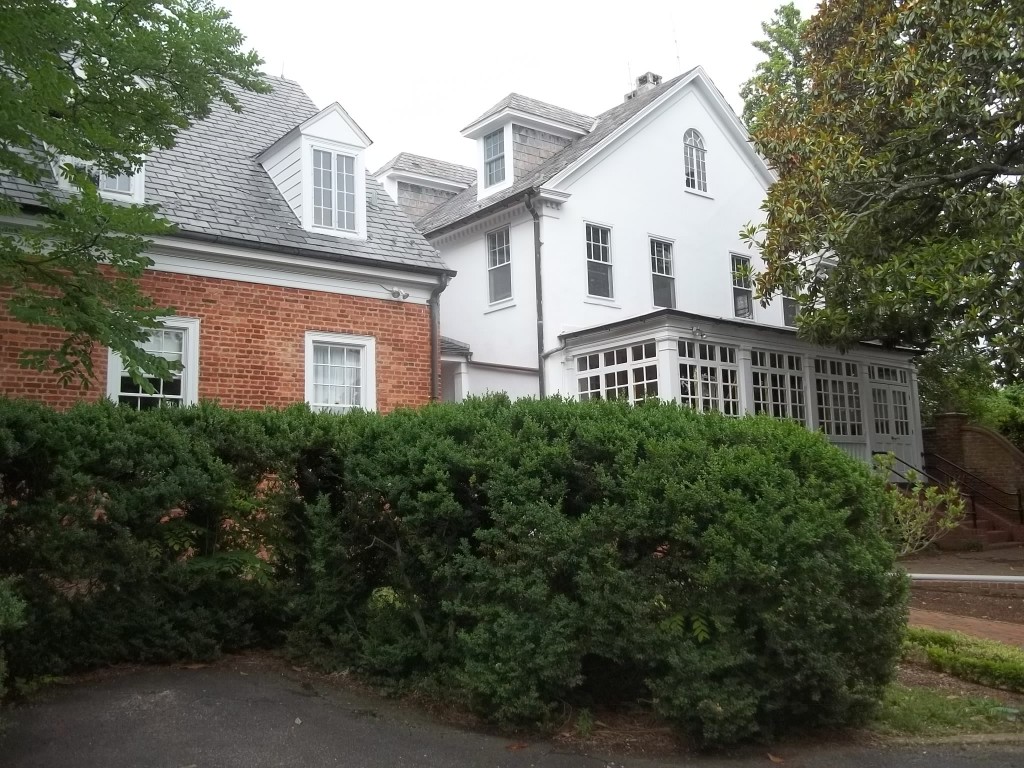 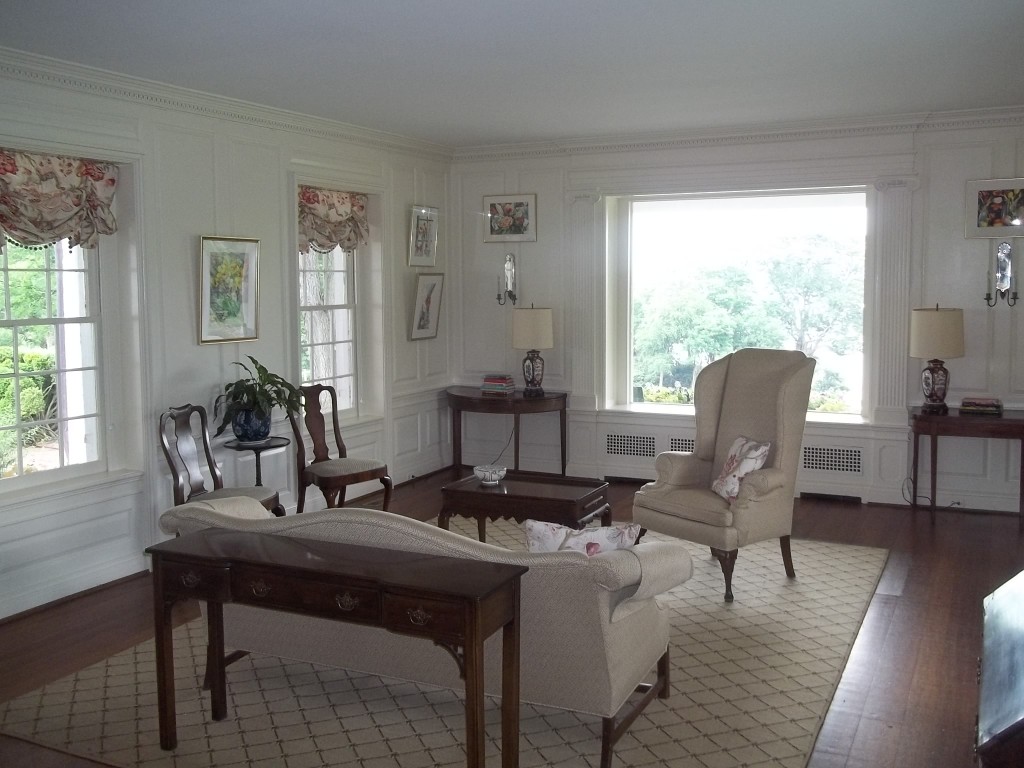 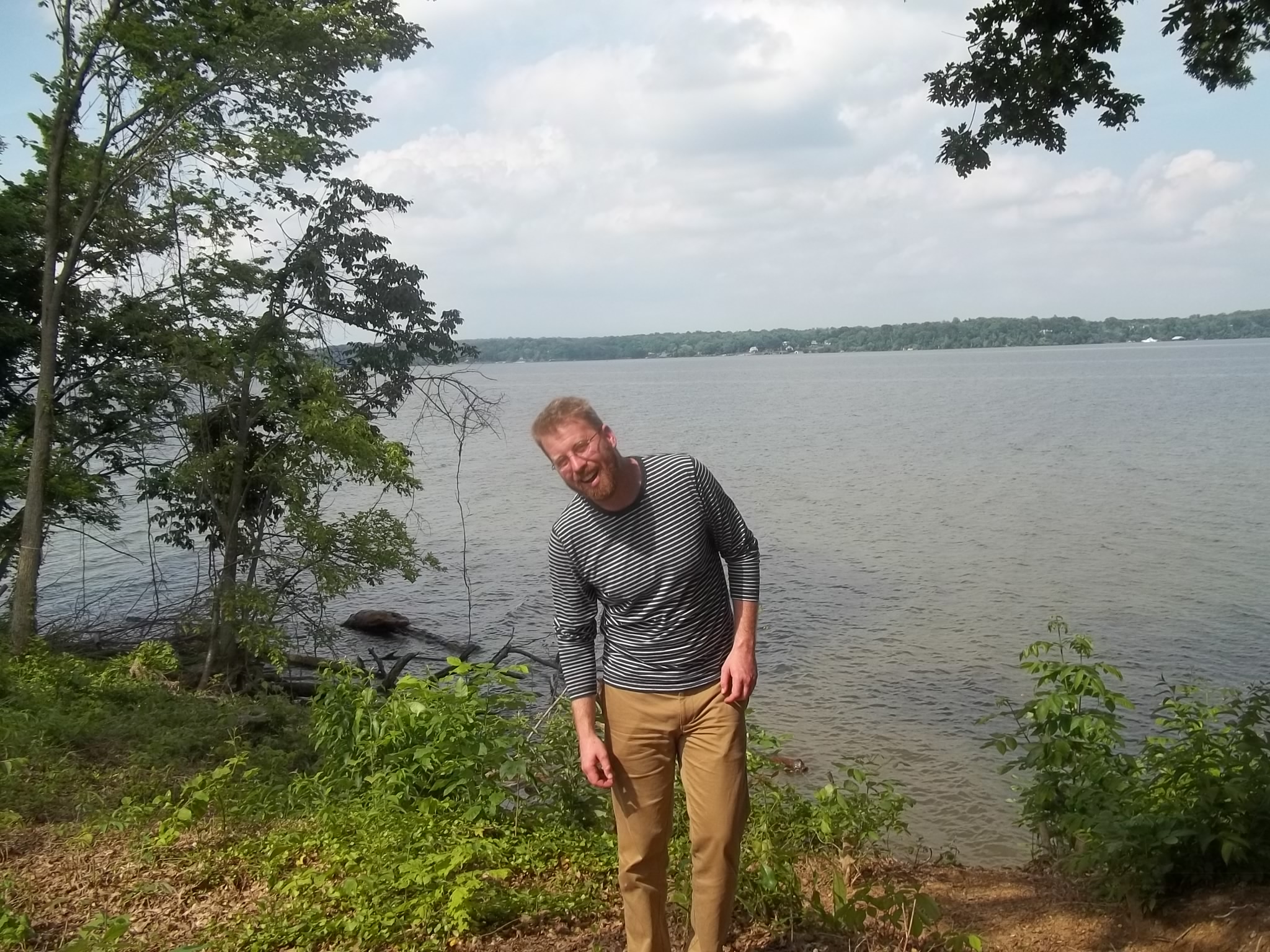 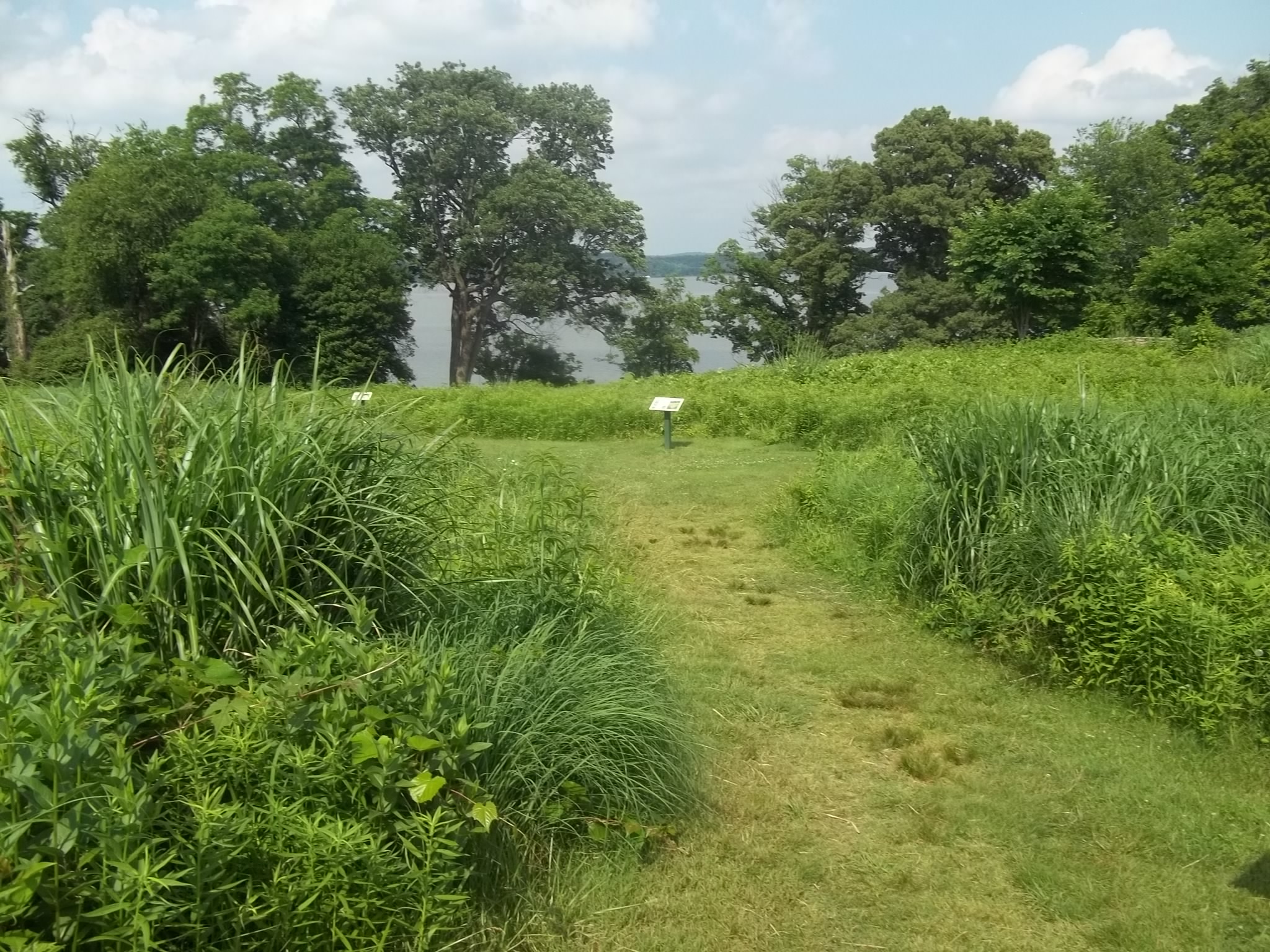 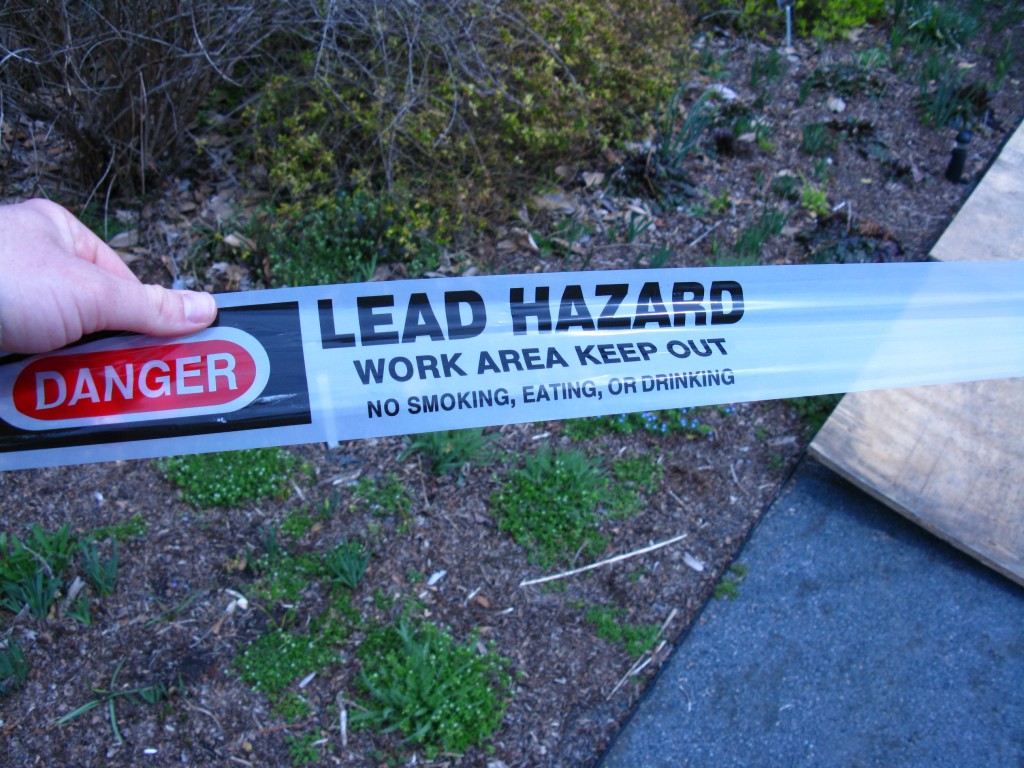 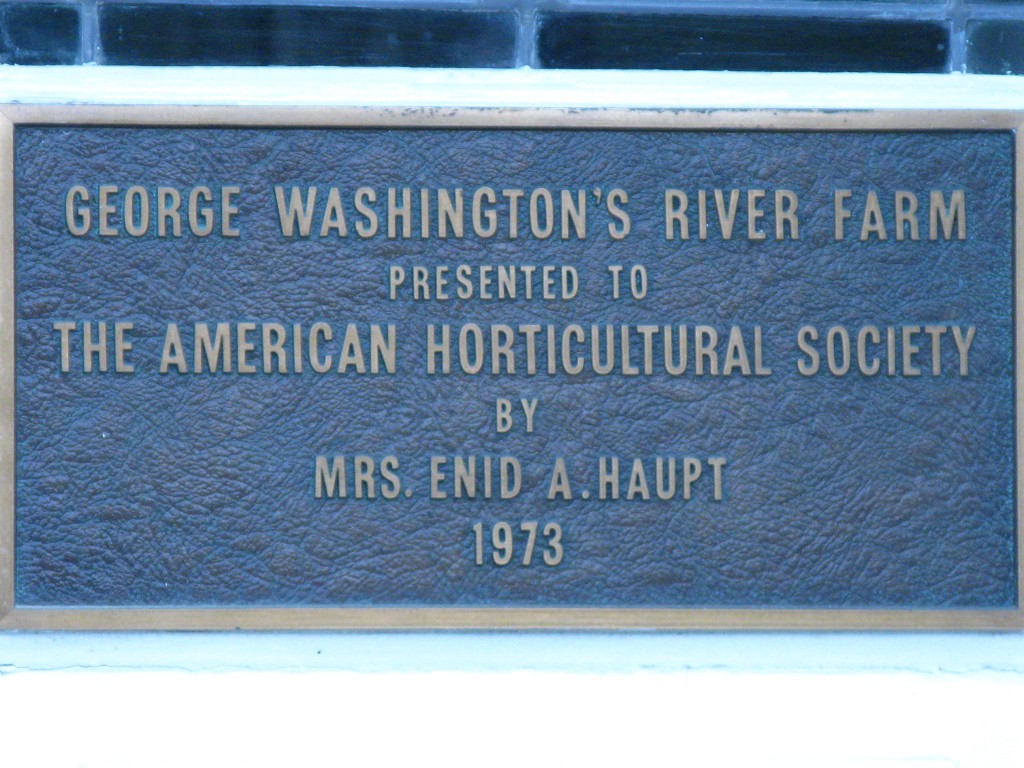 That was kind of my time at the AHS in a nutshell, which is south of DC and actually south of Alexandria proper, pretty off the beaten path in a cool way. I arrived in the area during the second week of January and just left during the first week of June. A very nearly almost exclusively enjoyable experience, and who could ask for more in a job?

Whilst in the area I stayed with old UF pal and family Christina Heddesheimer (of old-time Sweet City Action fame) and that went just fine. Really nice people, that whole family, and quite gracious of them to let some red-haired ogre stay in their home for basically a half year. As I type this, I realize I don’t have many images of my time there outside of the AHS and that’s kind of a drag.

I did a ton of hanging out with another old UF pal, Cody Samet-Shaw and his lovely wife Amy. No pictures, sorry. Cody is a runner and overall active type so we did some runs and roamed around the National Mall. Hmmmmmm, what else? I don’t want the brevity of these past paragraphs to underscore my time with the Heddesheimers or Cody, but nothing is coming to mind specifically to write about just now. I got a lot of experience cooking for other rustling up a family dinner ever Friday or so with the Heddesheimers.

As a quick side here is some fun stuff from the AHS plant sale. Fun hats, cherry blossoms and a few ornery alpacas were the highlight of that weekend! 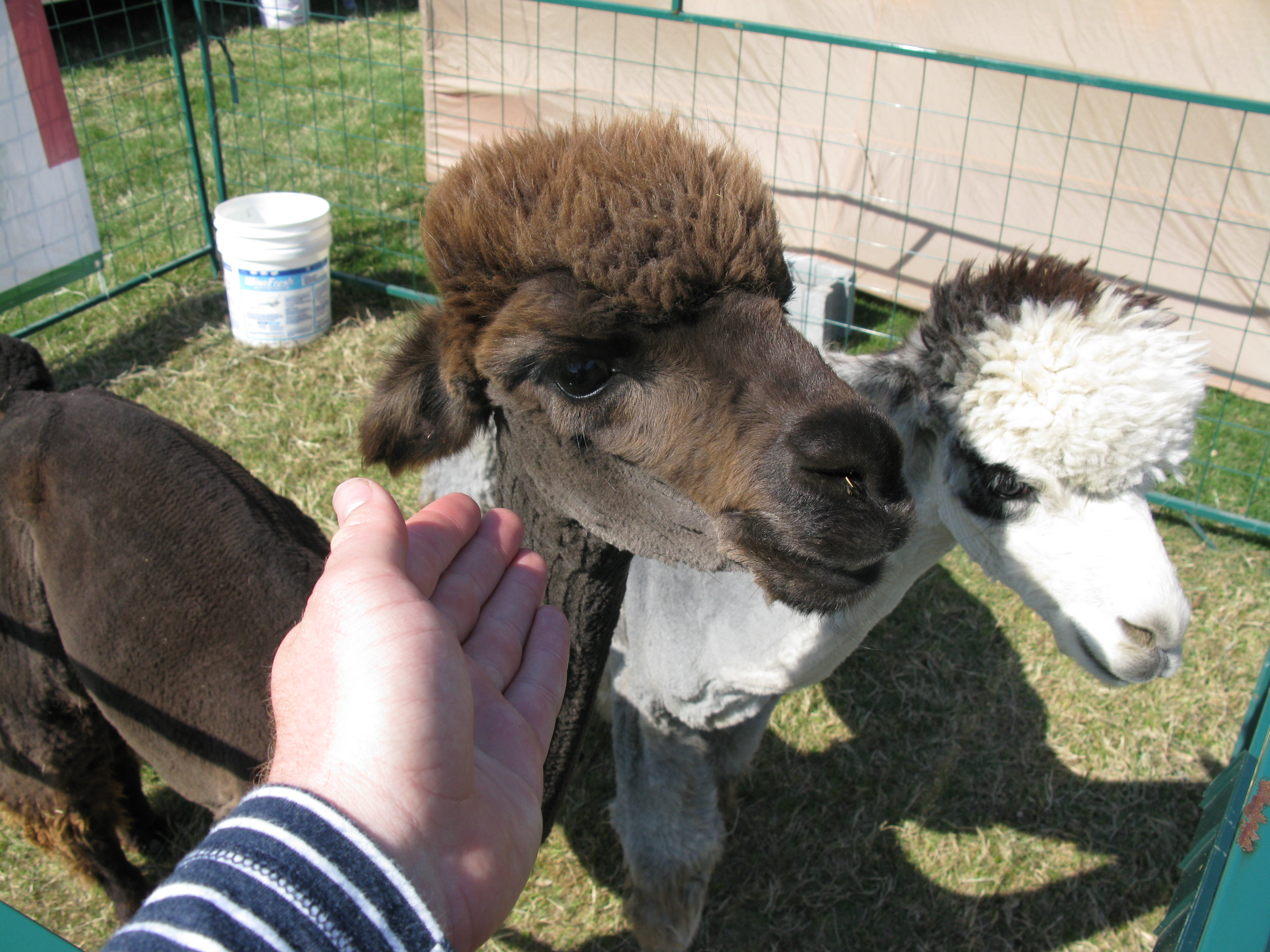 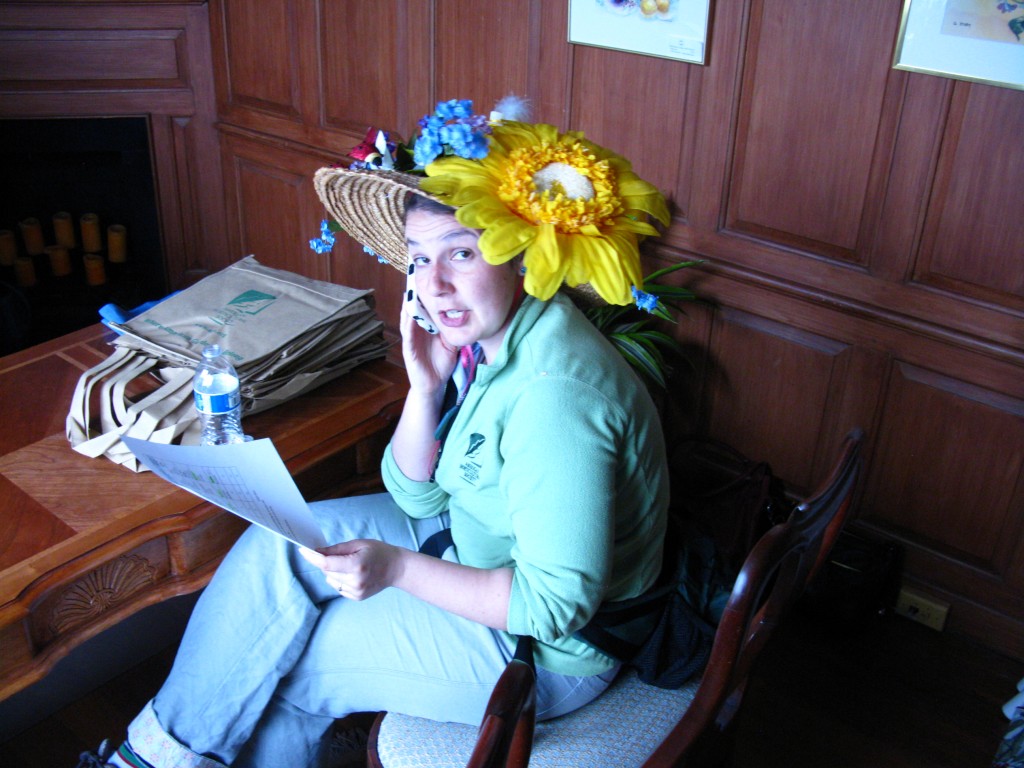 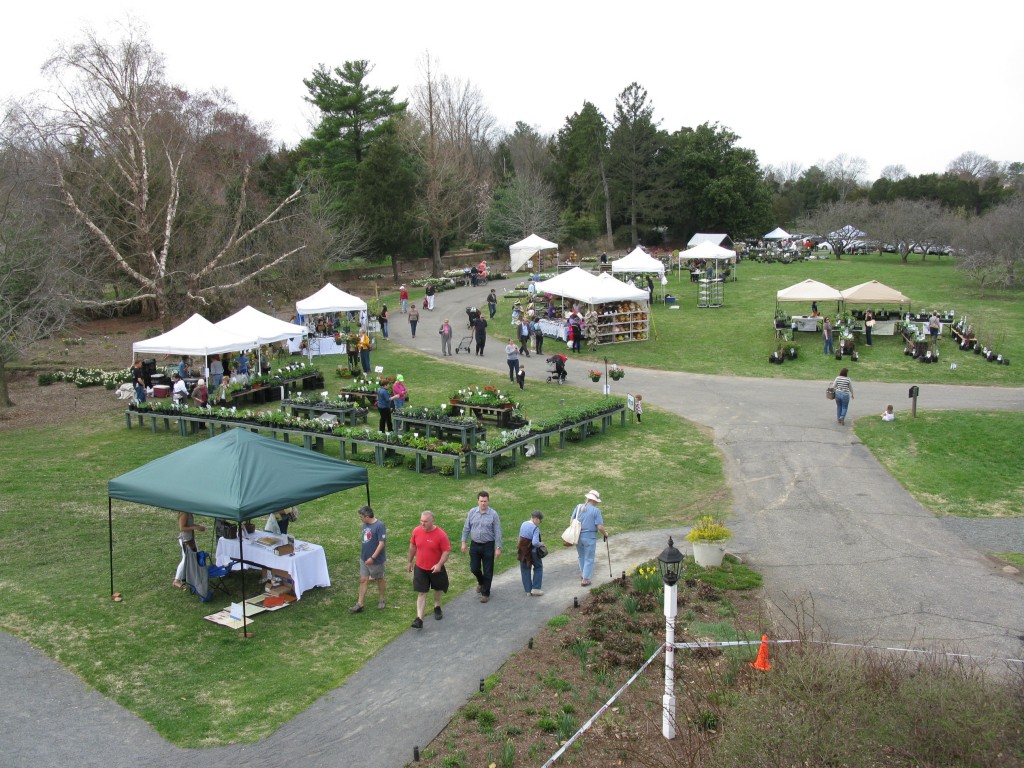 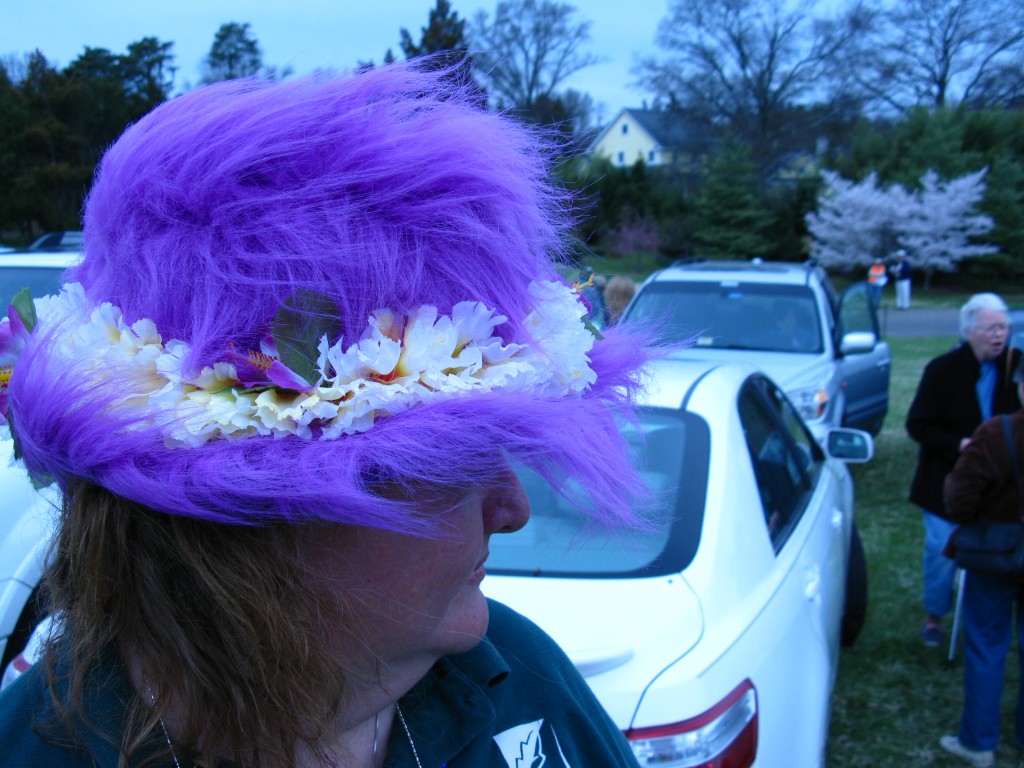 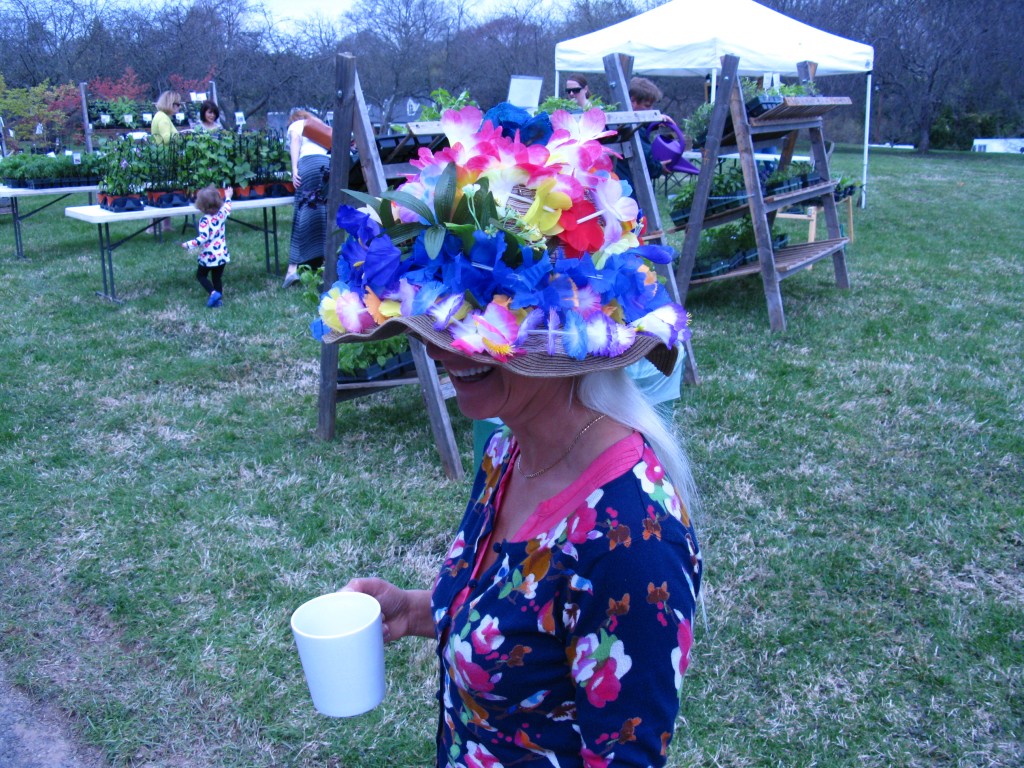 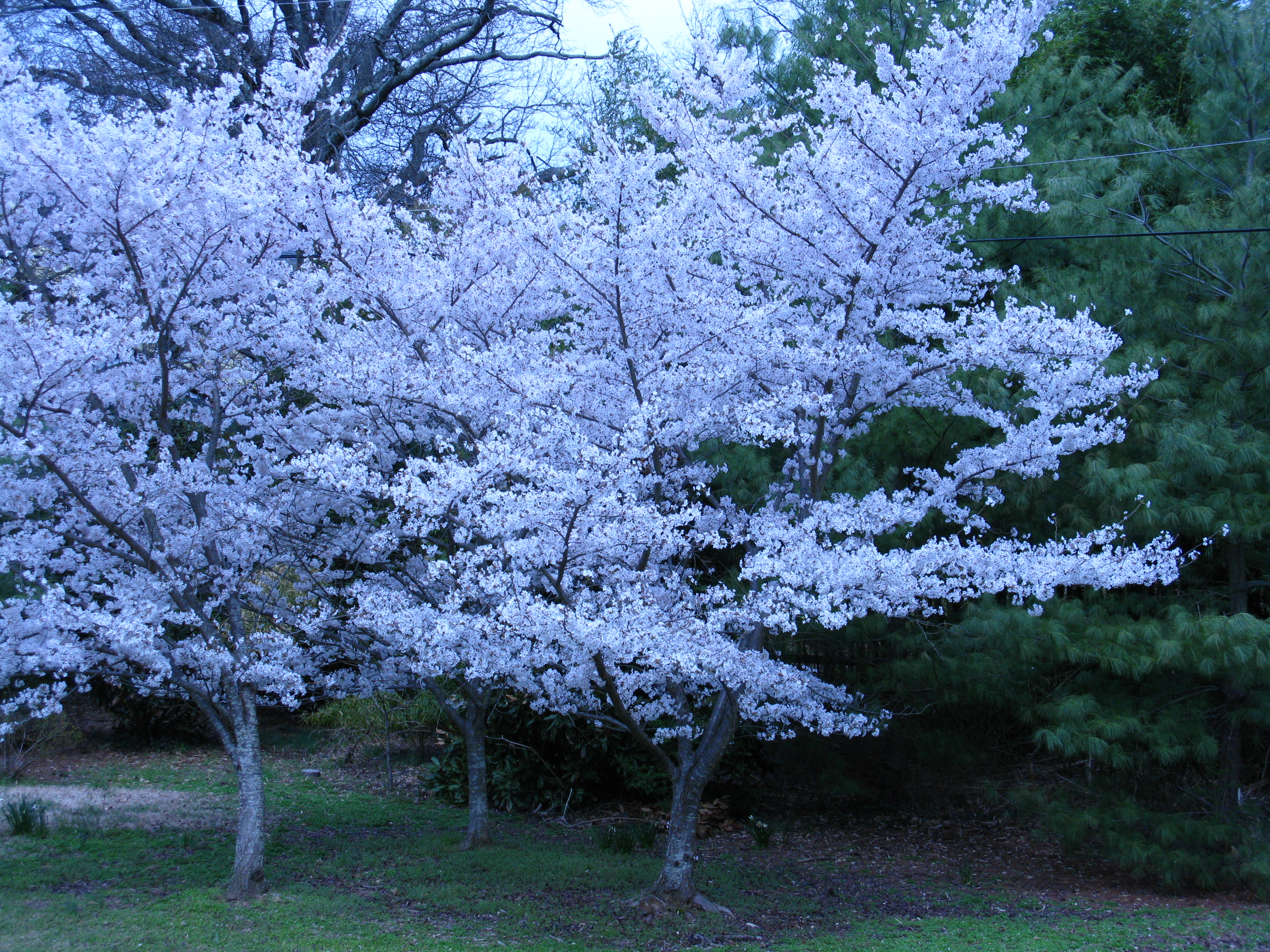 That’s about it though. I did a lot of alone time in DC. I read maybe two books a week, took a fiction writing course and wrote about two drafts of a story I will hopefully pick up again someday (alsoooooo within the writing portfolio). I’m getting to be more and more like my Dad every year, and my interest in making friends just wanes. It’s so much effort now! I used to think finding girlfriends was a lot of effort (which is now considered very nearly impossible) but just people to hang out with are hard to find. I suppose this is one of the many “perils” of being single. Oh well

I also ran a marathon with brother-extraordinaire Bret and played in a fun floor hockey league, in which you run around in shoes instead of skates. I did make exactly three friends I will probably keep up with over the years, to varying degrees. Ping was hired at the AHS in some sort of membership role and we did a lot of stomping around town together. Maria, I met at a karaoke night and we also did some stomping and Steve Hug and I carpooled to floor hockey together. We only hung out once outside of floor hockey but good lord, he is one of the funniest monkeys I’ve ever spent time around. I’ll hear from him the least but I cannot wait to be back in DC in the next ten years and have some lunch. 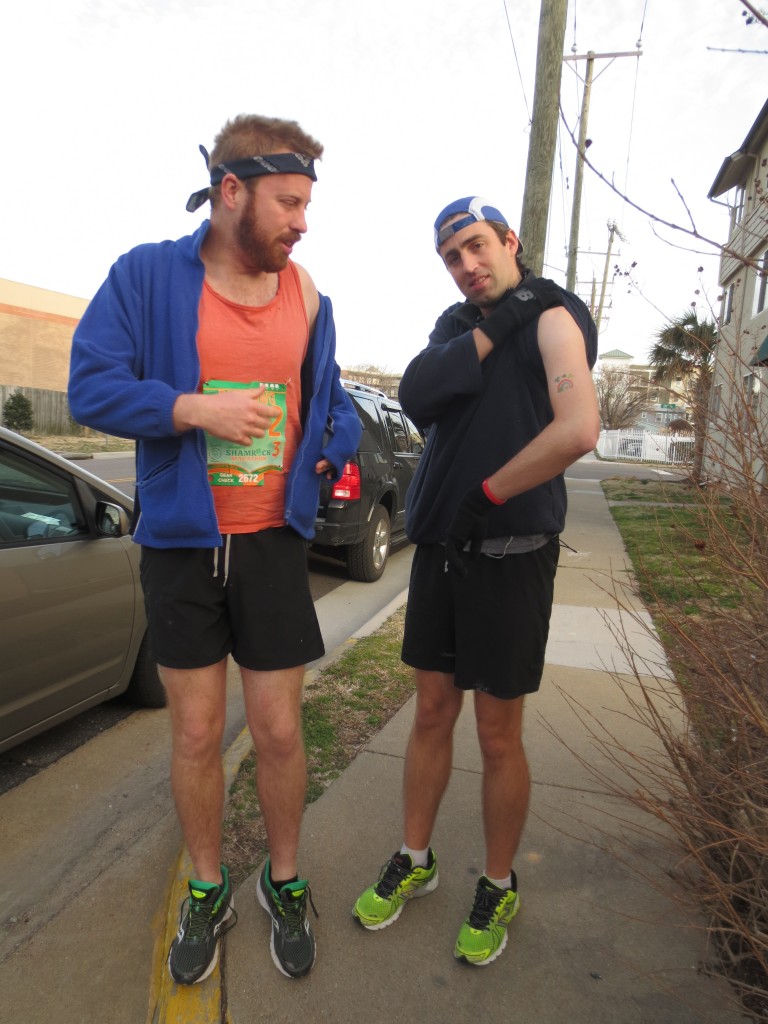 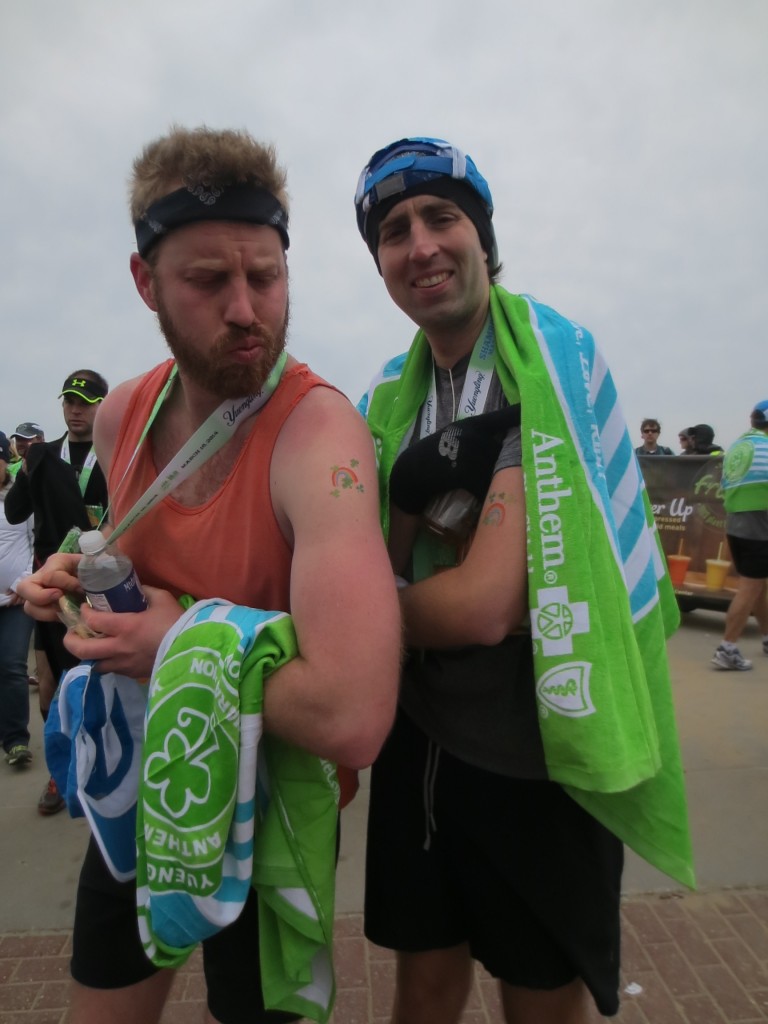 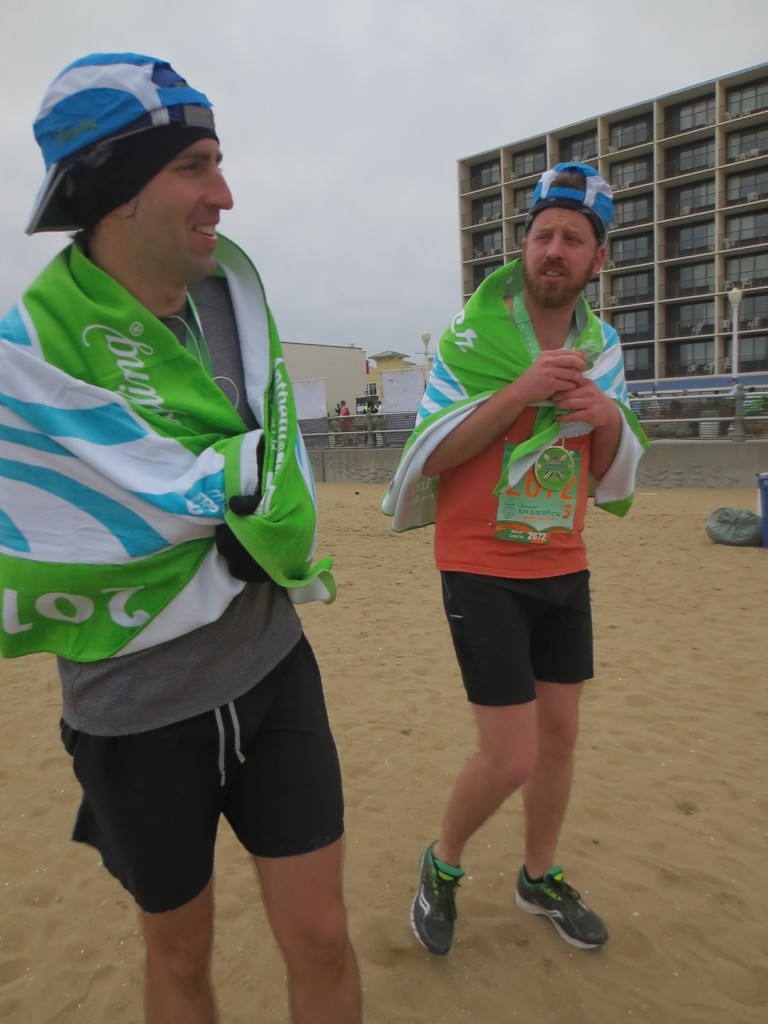 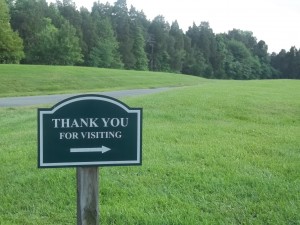 That’s it for now. I am back in Tampa with my folks, gone after ten years in Austin and around the US. In August I want to start in Mexico City and make it as far south as I can. This is also the last blog I will make here; I am putting money into a new theme and combining a new blog with a slick-looking writing portfolio for the next few years of my life. My plan, albeit riddled with holes and not super-well thought out, is to take an trip into a foreign land, write about it, come back and get another writing/editing/web design-ish job. Sometimes, companies hire someone to run a blog, do the research for the articles, write/research, post them, make the blog look slick, and I think that would be a cool job.

But, I got the rest of my life to get jobs, and only a small window to spend money thoughtlessly and travel.

More to come! But it will look different…

2 thoughts on “I hope I wake up at River Farm…”