First off the house I stayed in. THIS. HOUSE. Right off Samish Lake, a dock that’s pretty attractive (as a Floridian, I can get pretty snobby about docks) a trampoline right at the end, and a sailboat and water skiing boat to boot. There’s also nice deck at the top of the hill sporting a constantly-on Jacuzzi. The hosts, John and Catrina Bremer, rocked the house with precision and awe. BFFs all around.

I know this picture is almost cliche Washington State, but the weather was actually quite nice the entire time. Apparently these guys have about three months or so of good weather then the rest of the year is doomed to cloudy, cold weather. 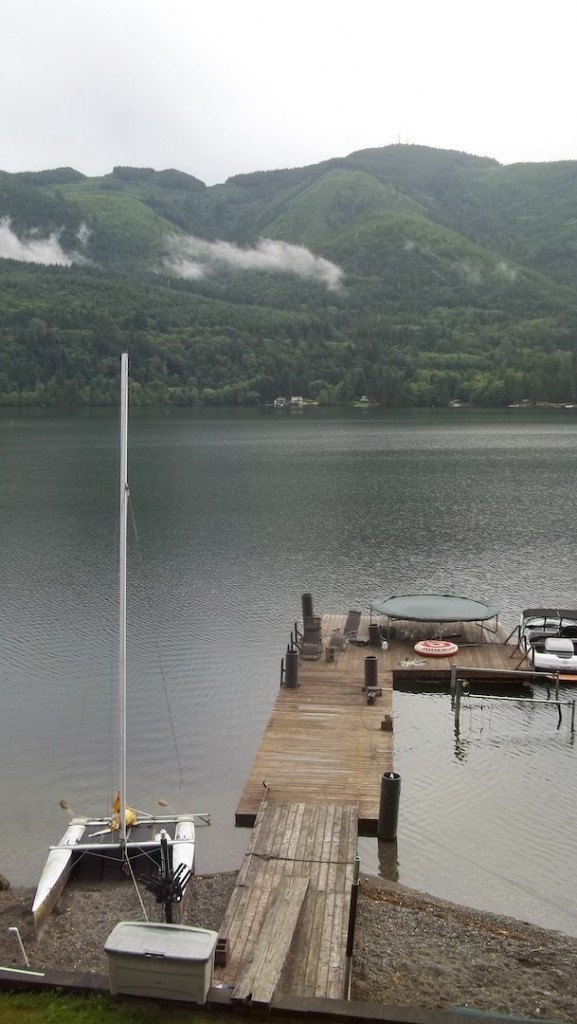 I tried to make a few Sleepless in Seattle jokes but they were over it lol. Oh well. Anyway, John and Catrina, plus their daughter Gina were all a lot of fun to stay with. I’ve always found that people who live on the water tend to more fun than others and that view doesn’t seem to be limited to the East Coast. These guys knew how to open a bottle of wine:)

Every morning I would wake up around eight, grab a Mountain Dew (I know, absolutely pathetic, but I’m weak around soda) and woke up to a dip in the Jacuzzi. Their son lived down the lake and seemed like him and his friends had been born into skis and were pretty slick out on that lake.

Apparently people who are pretty good usually do what’s called slalom, which is two feet on one ski, and that gives you more mobility. I was able to get up on two skis, the standard you’re probably thinking of right now, but I tried the one ski deal and couldn’t manage to stand up. Only, fall and embarrass myself. The usual. We didn’t do as much sailing as I would have liked, but this first-world warrior will soldier on despite not getting exactly what he wants all the time. 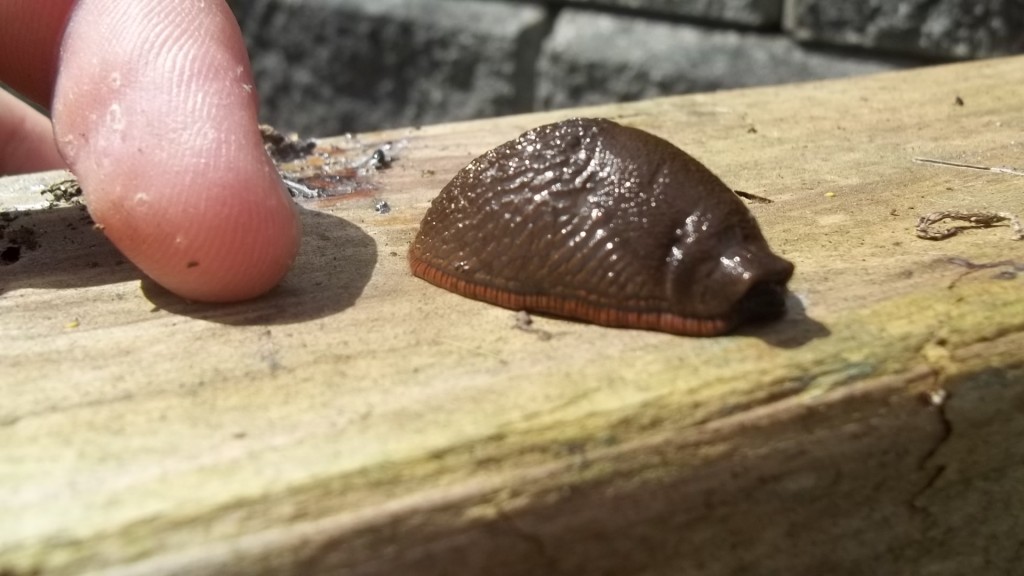 I know this is kind of weird, but LOOK how cute this slug is.

Washington State is different to me because of how much it rains. I come from places where we get together in groups and dance around cul-de-sacs until the rain comes. The mountains here (they laughed at me when I called these mountains) are covered in green. Not a spot you can see that isn’t a tree. Rainforests aren’t at all limited to the tropics, they were all over the place here. 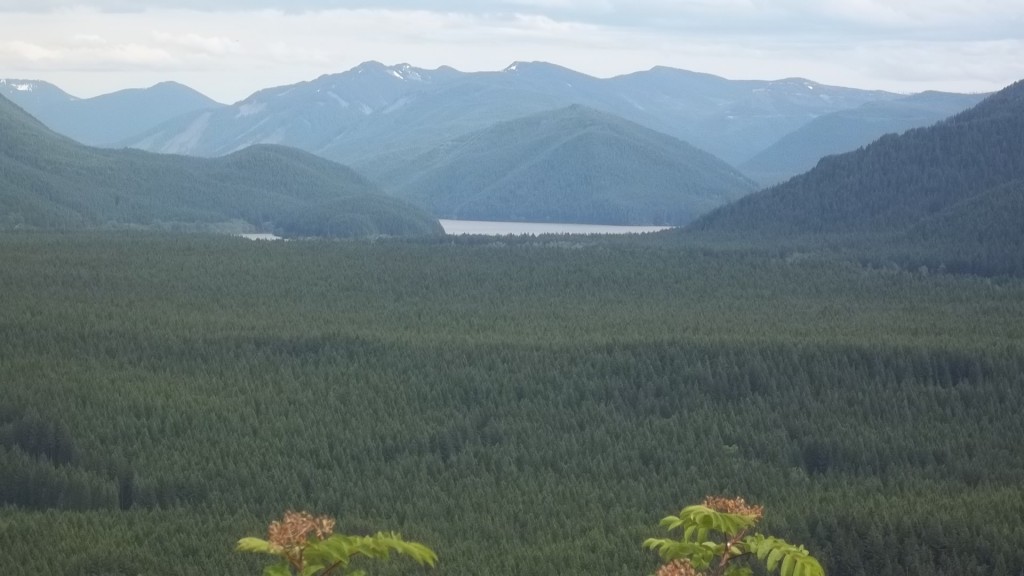 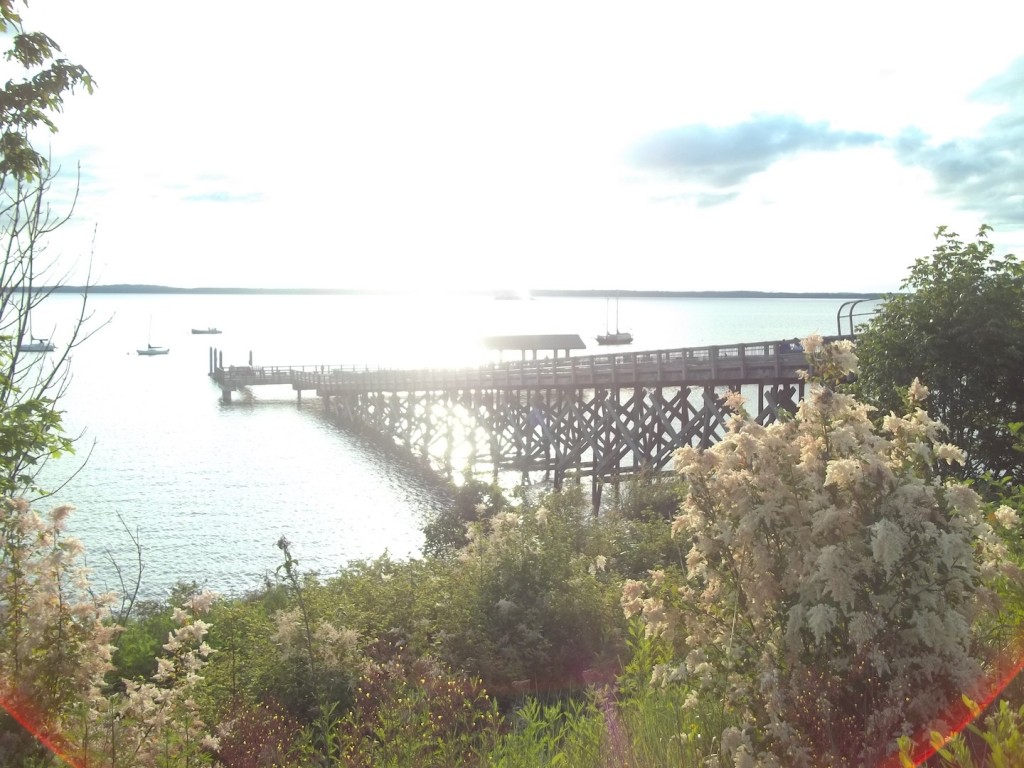 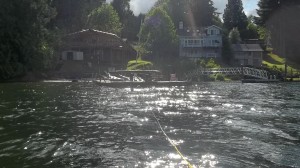 From what people say about the weather, I think I would hate hate hate this place if I was visiting at any other time of the year. And Vice-a-Versa, if this area was like this all the time, everyone would want to live here. That pic to the right is a view from the boat up to the house, which is the residence to the left. You can’t really see, but if you squint I am at the end of that rope. Water skiing came pretty naturally to me, as far as getting up. I went once in middle school and all I remember is I couldn’t stand up. With (hopefully) a little more upper-body strength since then, I was able to get up the third time around. Apparently most people who are pretty good don’t ride the doubles (except for jumping) but use the slalom, which is two feet on one ski. I tried this for a few and didn’t manage to stand.

Lack of upper-body strength rears its ugly head once more.

There’s a picture of me to the left looking rightfully awkward in those skis. I’m skeptical that this is correct, but the Bremer son who lived up the lake told me that waterskiing burns the most calories per minute of any sport. Now, I could believe it, b/c your whole body tenses up and there’s well over 100lbs pulling you from the front, but it would just seem to me that some other activity besides this would burn more.

I mean, to play the other side, all your doing is holding on. But it is hard, and my arms were hella sore after each session. Though, falling was my favorite part:) 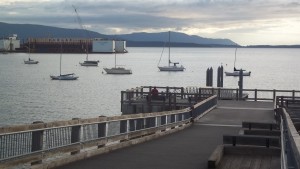 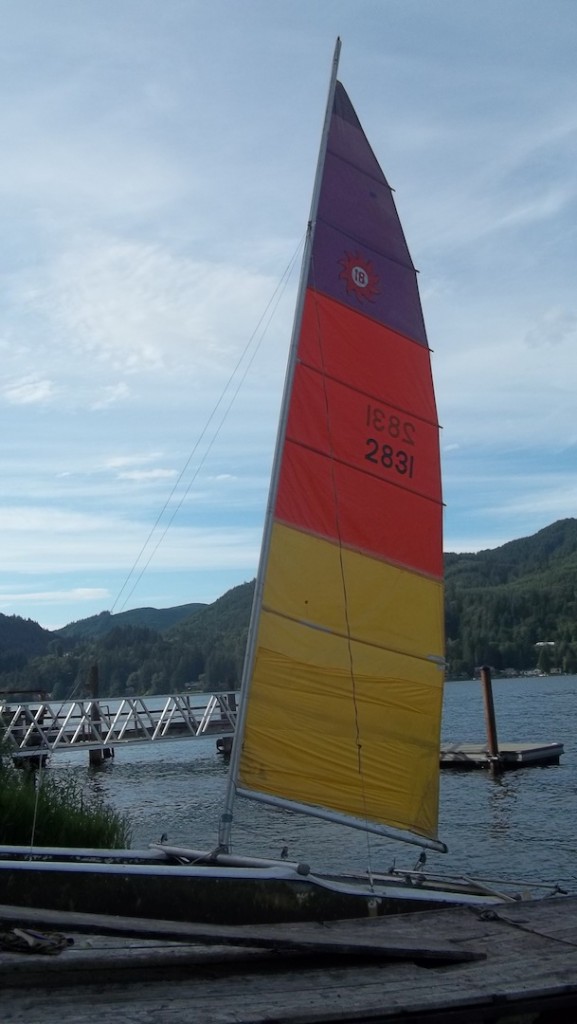 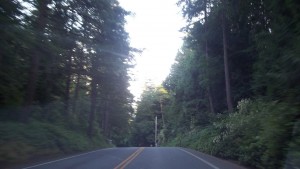 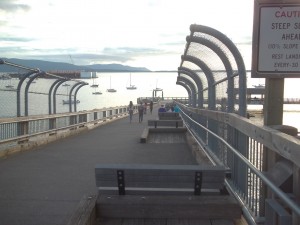 Thanks to oh-so-cool John and Catrina Bremer for hosting. Understand my shirt??

So I am in Canada as I type this but I will end this post with leaving the US and start the next with me arriving in this great country.

Alas, my time comes to an end w/John and Catrina and I head to the Hunter Homestead (more on that soon) in Victoria, BC. Now, check out this map below. That isn’t the exact route I took to get there, but I wanted to show you that there’s a portion of Canada that dips below the top of Wash St and further West. 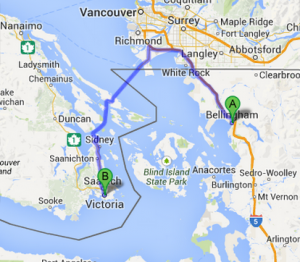 I didn’t know that either! Just so everyone is up to speed, that black line running through the image is the line where our nice country ends and their’s starts. So, some of you gifted children might have noticed (or already knew) that Victoria sits on an island. Or, easier, the route to the left shows the path crossing water. Ferry? Heck yes! Though it was a little pricey, Nancy and I boarded a ferry in Anacordes, WA and landed in Sydney, BC. Good times were had. 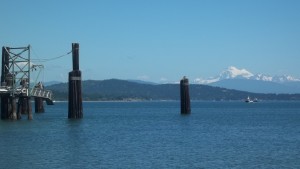 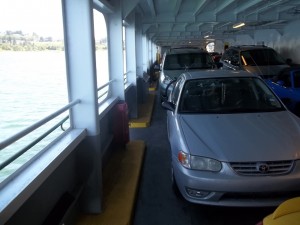 Good Lord I can’t get these photos to align properly. Anyway, right above you can see old girl Nancy nestled into a ferry quite nice. She was quite a hit aboard the ship, I must say. The ferry took about two hours, was $65-ish and weaved through the San Juan Islands the whole time. I was just surprised how fast is went. We outran every boat we came up across. Average speed of…30 knots? (I completely made that up) 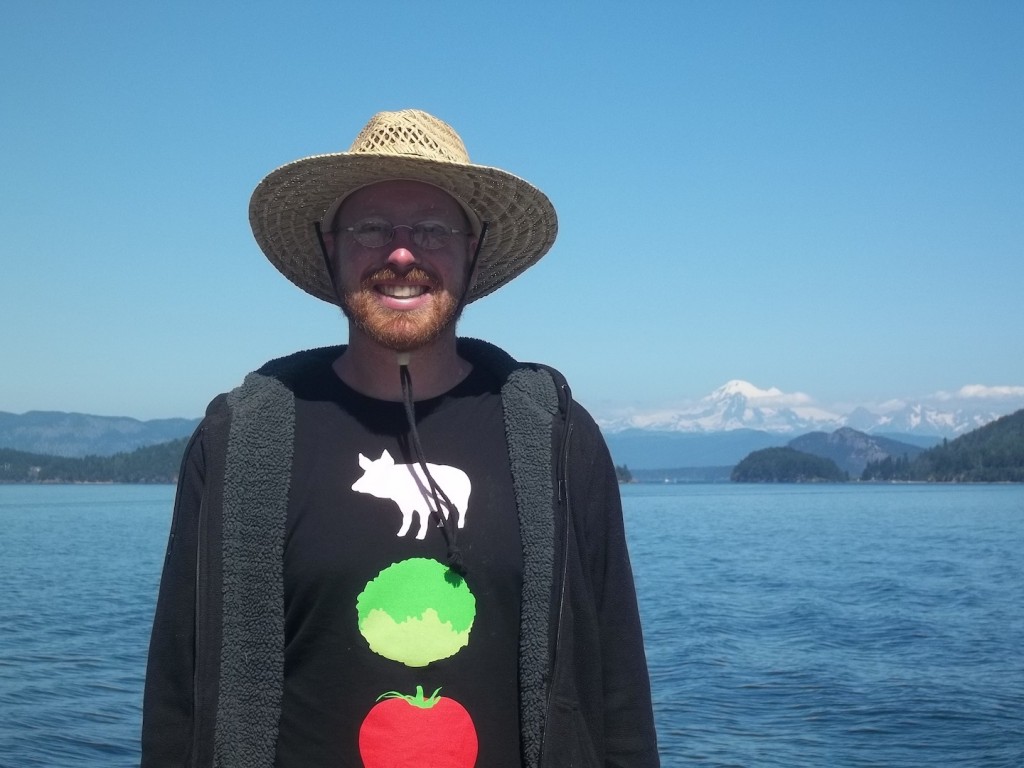 Aboard the ferry! This is it for me and States for the next month…

If you still don’t get the shirt…think BLT…