Get a baby goat & never worry about anything ever again…

What if I told you my friend Ann has had 76 kids and that I’m being completely literal, no metaphor or hyperbole? Scout’s Honor, I say w/a straight face and in completely good conscience. Flabbergasted, you’d exclaim, Get the hell out of town! Her uterus would implode after the 20th birth! What if I were to casually remind you that a baby goat is also referred to as a kid? Again, you’d slam your fist on the table, What kind of sick freak gives birth to a goat anyway!?? I’m calling the cops! Chill, I would say, put away the switchblade, I really only mean she owns 76 goats, raised or bought them, like a normal person. Your heart rate begins to settle, rational thoughts forming in your head. Sorry about that…

My first visit to Montana was to stay with Ann, who runs her own cashmere company she gathers from her quite-bountiful goat farm, again, 76 of those bleating bucks and does altogether. If you’re like me, I didn’t know that cashmere came from goats, but honestly never gave where it came from a single thought to begin with. Quick trivia, a buck is an uncircumcised male goat, like a stallion to a horse, but a circumcised male goat is a wether, like gelding to a horse. Then a female is a doe, like a mare to a horse. 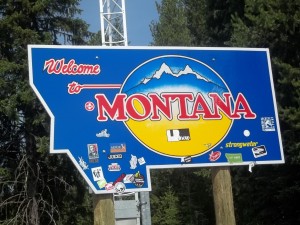 Ok the kids. The really small ones are so cute, it is literally impossible to worry about anything in their presence. I tried really hard to fret on something, but I couldn’t. I’m not sure who of the smaller goats was a “kid” per say, and not some tween goat, so I will just focus on the small white one who I spent lots of time staring at and chasing around to hold. Whitey, who, wait for it, was all white in color, was simply the pinnacle of adorable in my imagination. In fact, he raised that ceiling by miles. He was a little larger than a cat, would get excited and do this bucking around the yard and when bleating (a goat/sheep’s call) would sound almost like an actual human child. Heart breaker, all day. In fact, most of the goats would never shut up but have really interesting noises. It wasn’t super loud or piercing, like a chicken/guinea, but the sort of background noise that was soothing. You know how those weird people buy CDs of the ocean or river sounds at Target or something? I would buy a CD of goat noises, find the “Kids Only” track and put it on repeat, living the dream. I suppose that makes me even weirder than the previous weird people I was just making fun of… 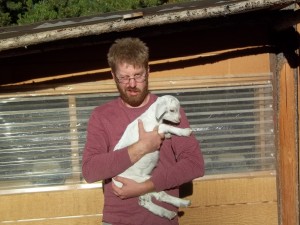 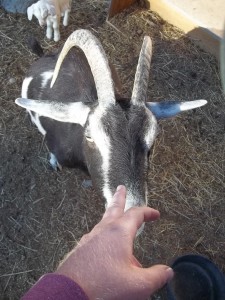 Ann has names for all of her goats and a great relationship w/the little buggers. You might think that’s hard to remember 76 names of similar-looking creatures, but to Ann they are her kids, to use the term more literally than I have been. She talks to them just like I am talking to you right now. And no, I don’t mean she writes a blog post that she later hopes her goats will read, I just mean her dialogue w/them is comically casual. Oh! Well don’t you look comfortable. Bart, get out of the broccoli! Ya dumb goat! Orville, quit being a bully! This farm was a gold mine for a classic sitcom involving one woman and a bunch of ornery goats. You would watch it, trust me.

Further, let me make a case for goats as farm animals. Their milk is much better for you than a cow’s is. Think about it, a cow is feeding her calf to grow into a 700 lbs beast, whereas a goats usually don’t ever weigh more than a 100 lbs. This makes the fat content much lower. This principle also transfers to the meat content, which tends to be much leaner than cow meat. Further, goats have a much shorter gestation period than cows, meaning more kids! Do a little research if you like. I found goat products are usually much better for you than of a cow. 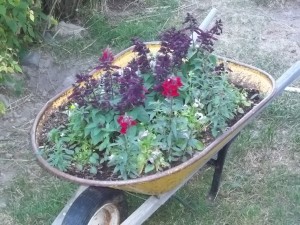 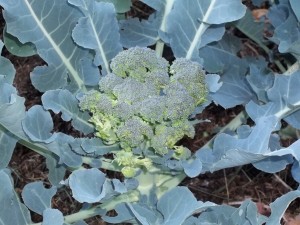 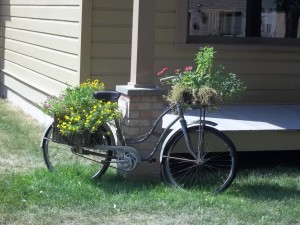 Ann’s property was super rural. One of my more secluded gigs yet, no doubt. The town of Kila, which totaled to only a street w/a post office and school, was over thirty minutes away. There was a long, wavy road to make your way down, then a gravel country road (that just killed my car) that was about five miles deep as well. I wouldn’t mind living off the beaten path, but it was much too secluded for my tastes. If Ann had ended up being an axe murdered, she would have had no problem disposing of this city kid. Though, to be fair, if I had been the axe murderer, I could have pulled if off w/o much trouble as well:)

But Anne was so cool. We hit it off right away and I knew I was going to be fine here. She may even be my favorite person I have met in my HelpXing adventures. She was funny, chill, didn’t talk all the goddamn time and was quite engaging to be around. Fun gal no doubt. She makes her living (or rather, is in the process of doing so) by selling the cashmere she gathers from her goats. It seems like a pretty lengthy process from goat’s hide, then spun into yarn, then crocheted into a design worth wearing, but ann does it w/ease. She has a huge de-hairing machine that somehow separates the unwanted hair from the from the “oh, so soft” cashmere. Also, she gave up showing her cashmere years ago because she told me she was bored with winning. 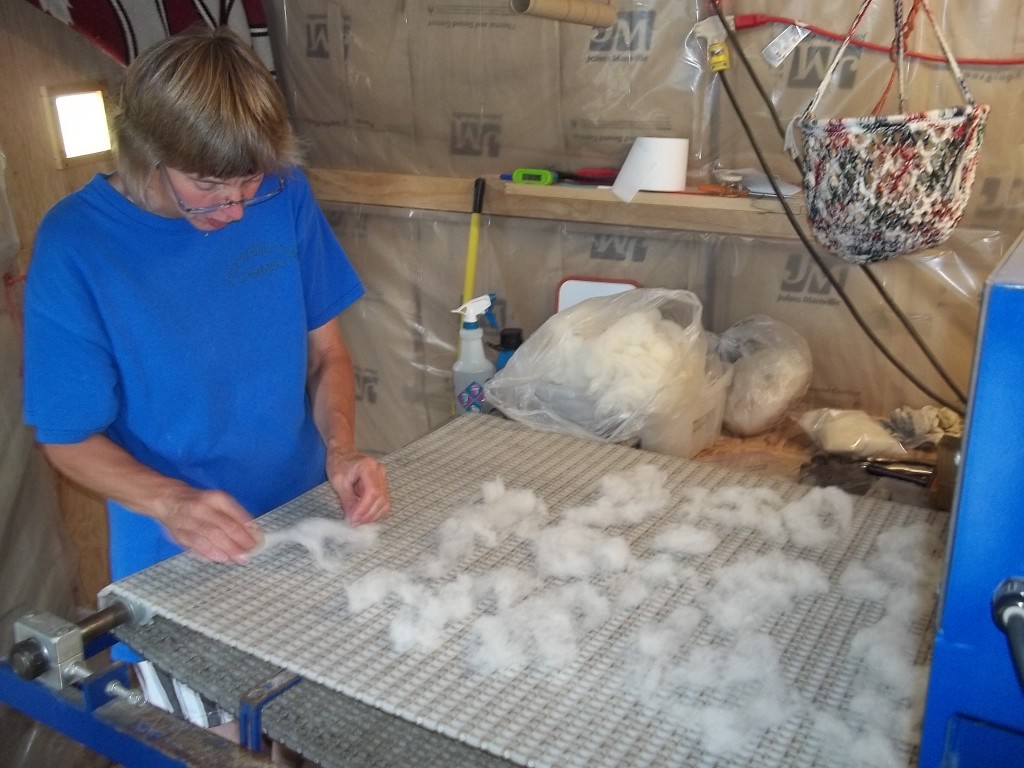 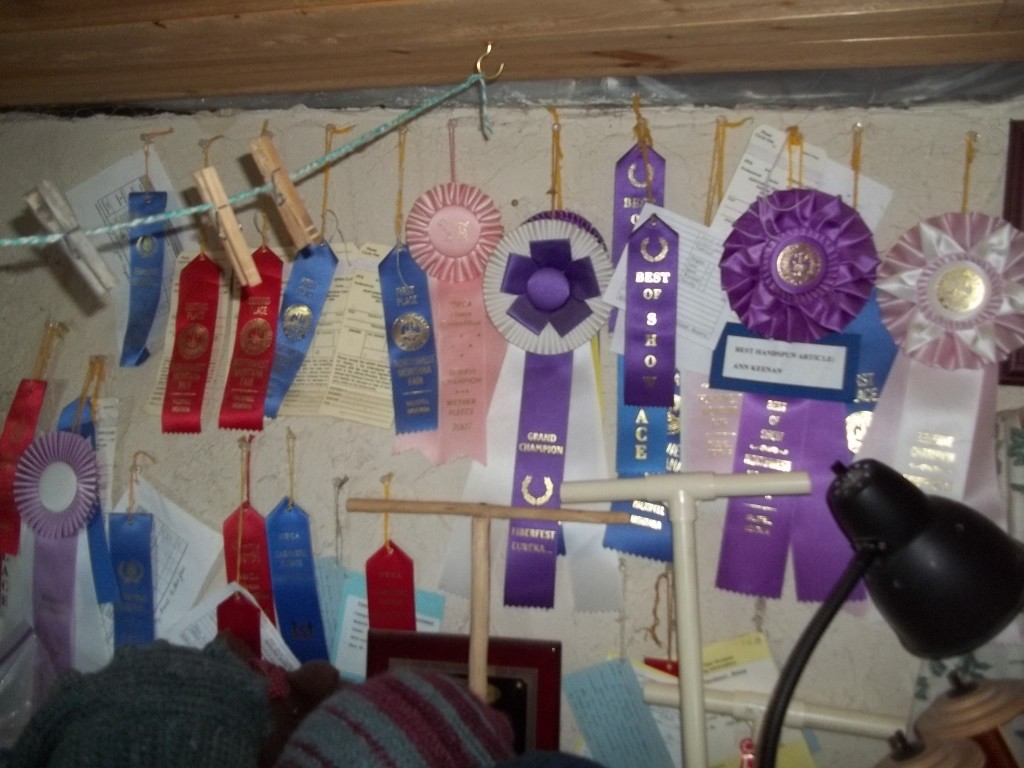 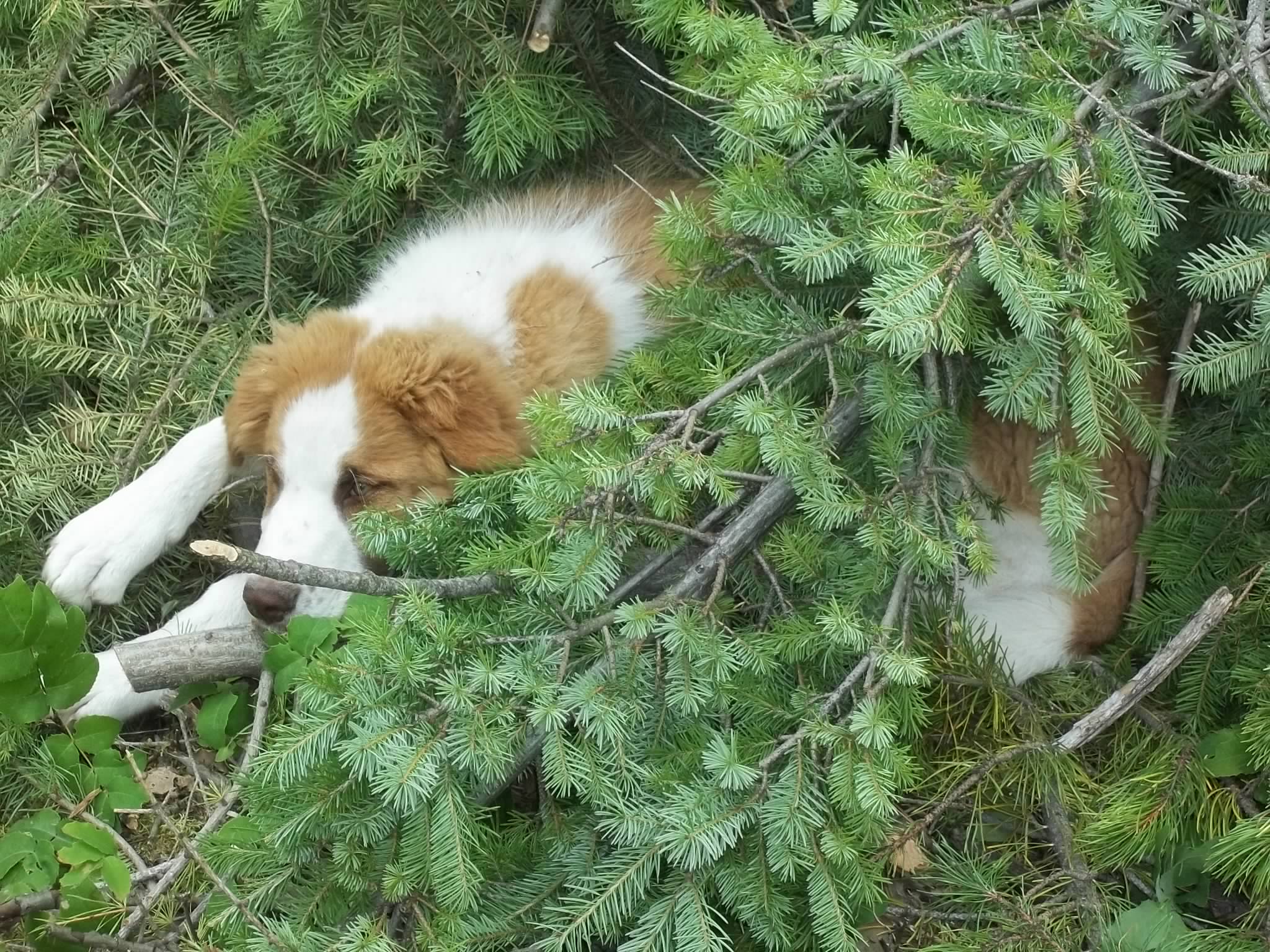 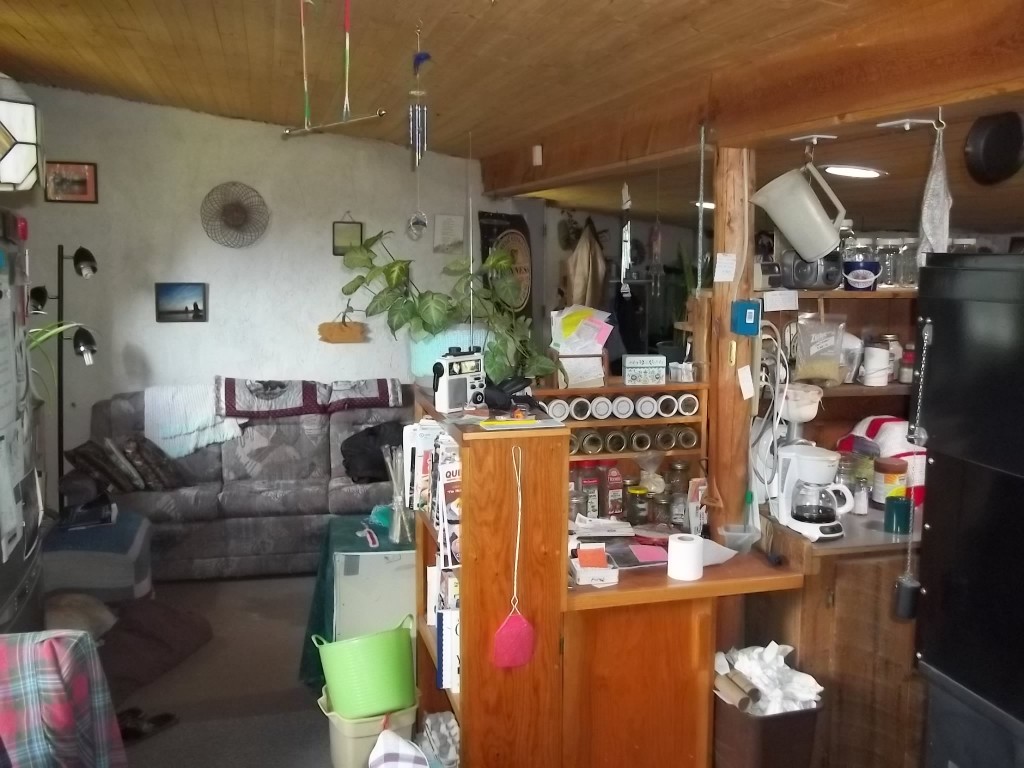 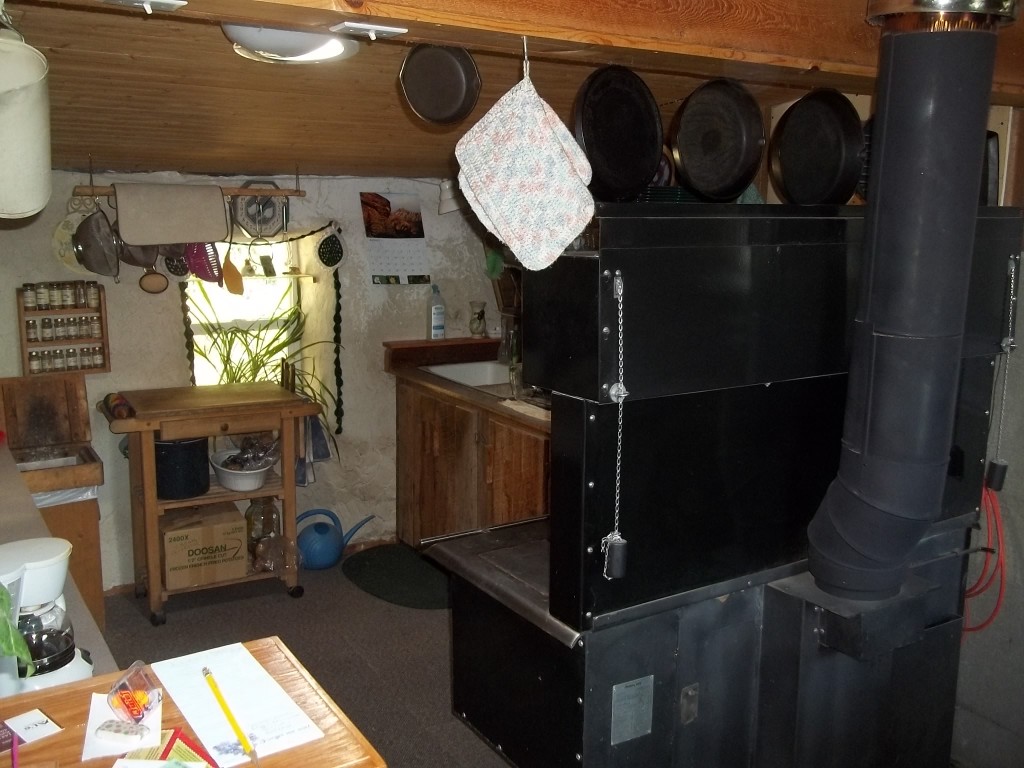 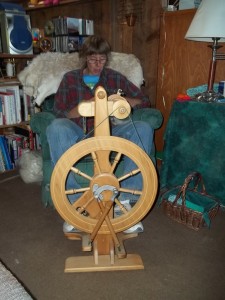 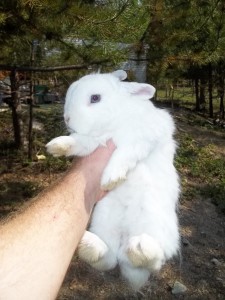 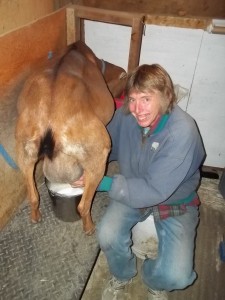 My main reason for being there was to help Ann w/her thinning project. She has about 20 acres all together, but was only thinning about 5.5 acres of it. This included cutting down live trees, de-limbing them, and putting them into slash piles. This may sound damaging and immoral to you, but thinning a forest helps to deter forest fires and allows the remaining trees to grow better. It’s so helpful, that the state of Montana will cut you a fat check just for doing it. It has to be done by a certain date, so that is where I come in. Spending five hours a day piling brush can be quite therapeutic, zoning out covered in sap, the sound of the chainsaw patiently lulling you into some dream state. I forgot how much I enjoy totally mindless manual labor. And it’s exercise the whole time, which I normally absolutely hate doing. 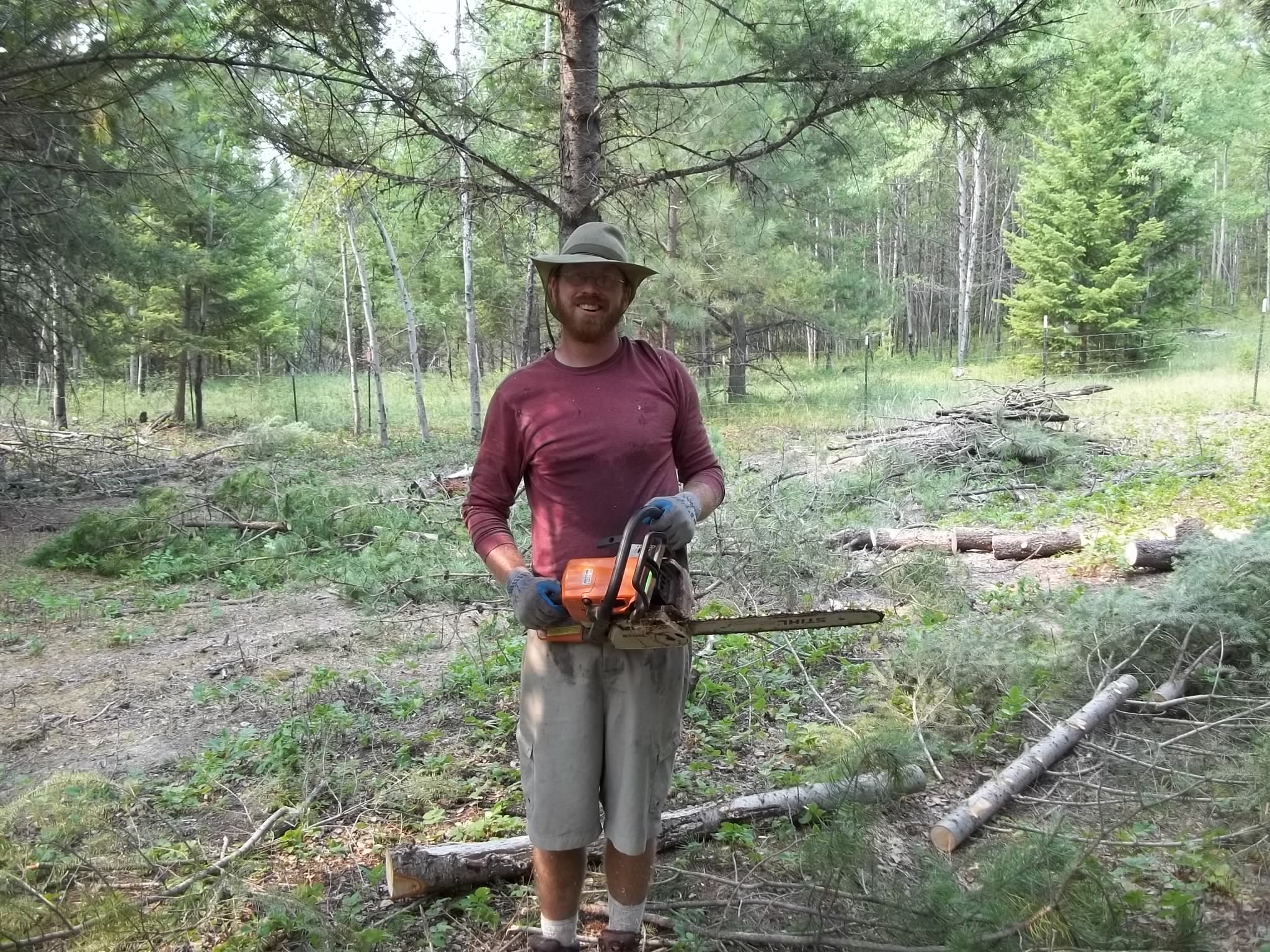 I asked Ann the best way to get sap off your skin and she says, let time pass. Nice.

Down the hill of Ann’s property was a nice couple around my age helping out w/the thinning going on around the property in exchange for rent. Daniel, a bit older than I, Hanna, a bit younger than I, and their genuinely cute cute baby Piper Rose. I’ve never seen a baby who smiled so much. Also weird, this baby had a very deep look within her. They said she had an “old soul” which was totally fitting, but I was thinking something along those lines b/f that term was even introduced to me. She would look at you and you could tell she knew something you didn’t. Or rather, that she knows something about you that you didn’t know. It was a really strange vibe but not in a threatening way at all. It would be interesting to meet her 20 years from now. I can tell she will be quite pretty. 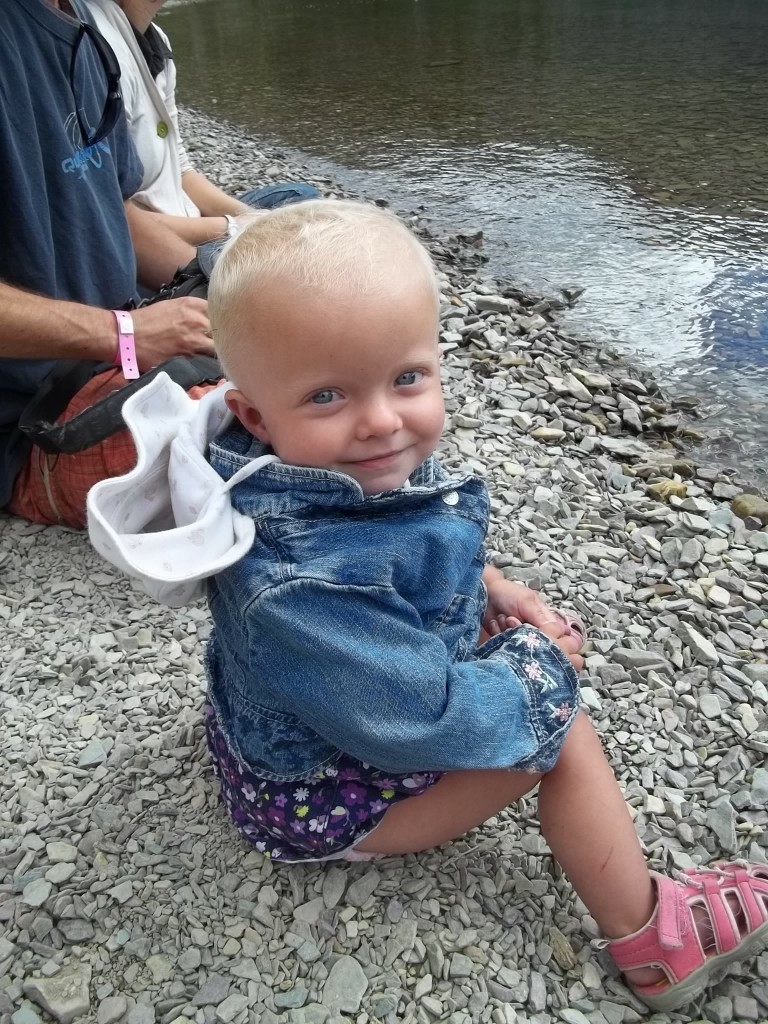 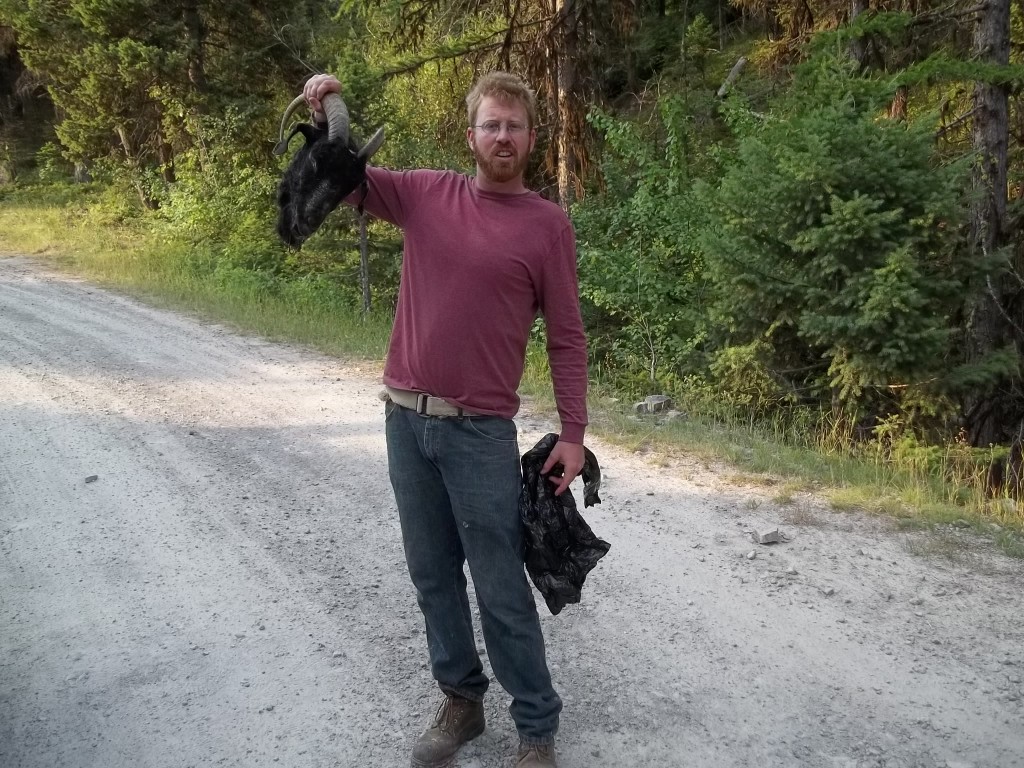 The last exciting item of business was Glacier National Park. Slightly disappointingly, I saw no glaciers. Seeing those isn’t exactly a day trip I was told. However, I did see w/o question the most beautiful scenery of my entire life on the drive in. It was called the “Driving-to-the-Sun” road, and aptly named at that. Carved out of the side of a mountain and overseeing canyon dips miles wide, it seemed like one could see clear into Canada. We had a baby w/us so couldn’t do anything serious as far as hikes go, but that was fine. We got in a nice 6 miler down a ravine and back up, so I was happy we got to do a little bit of sweating. 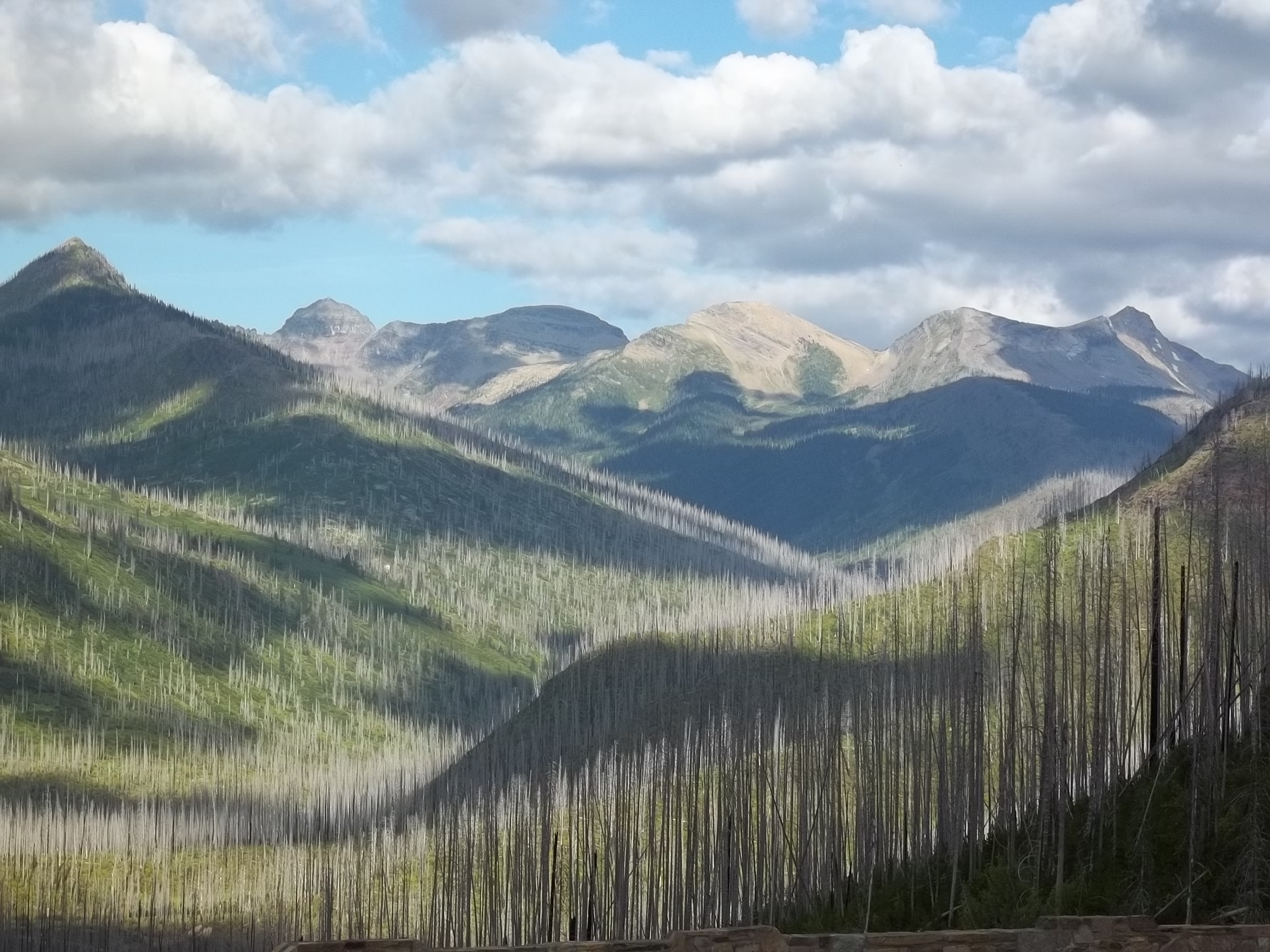 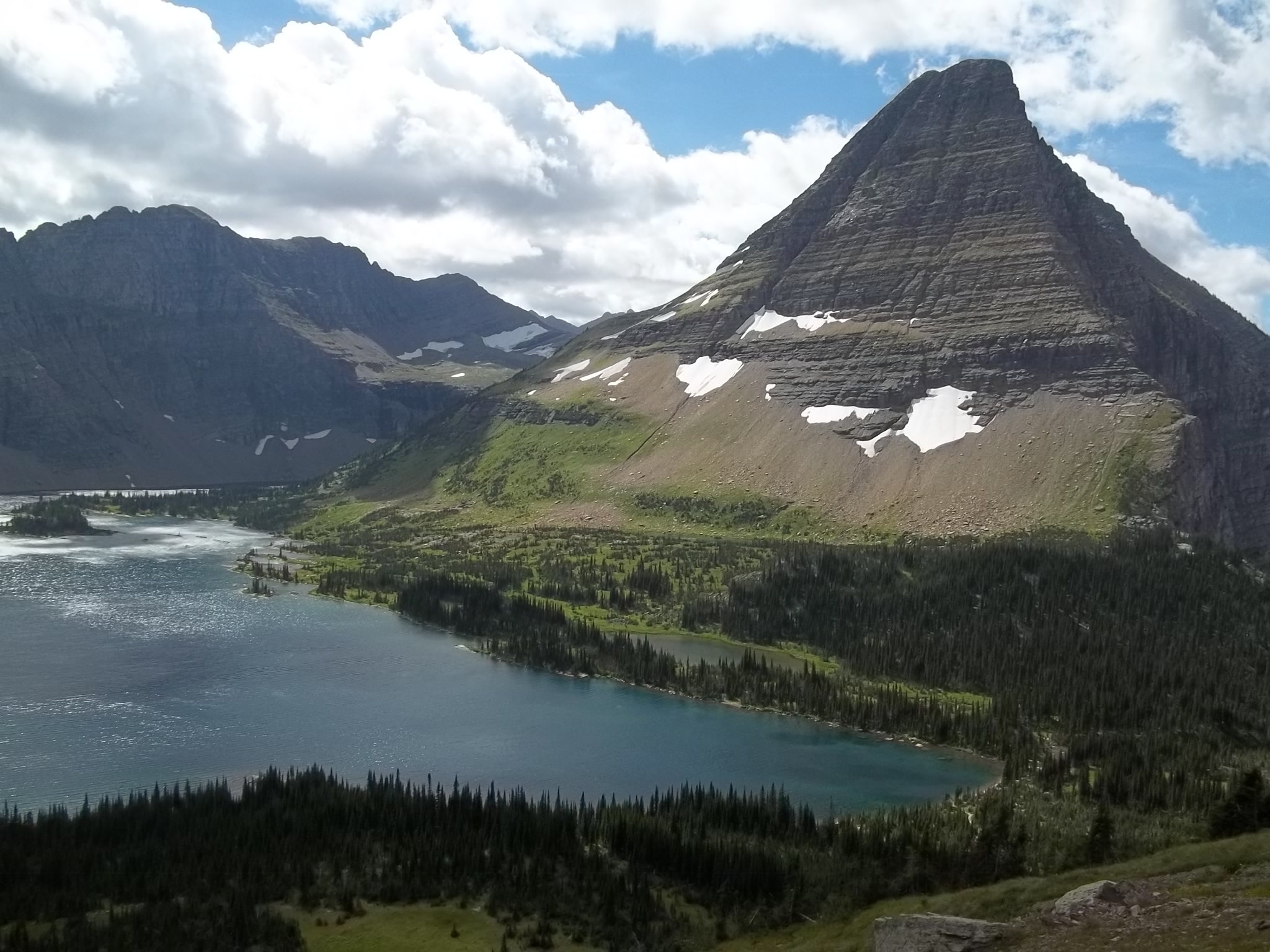 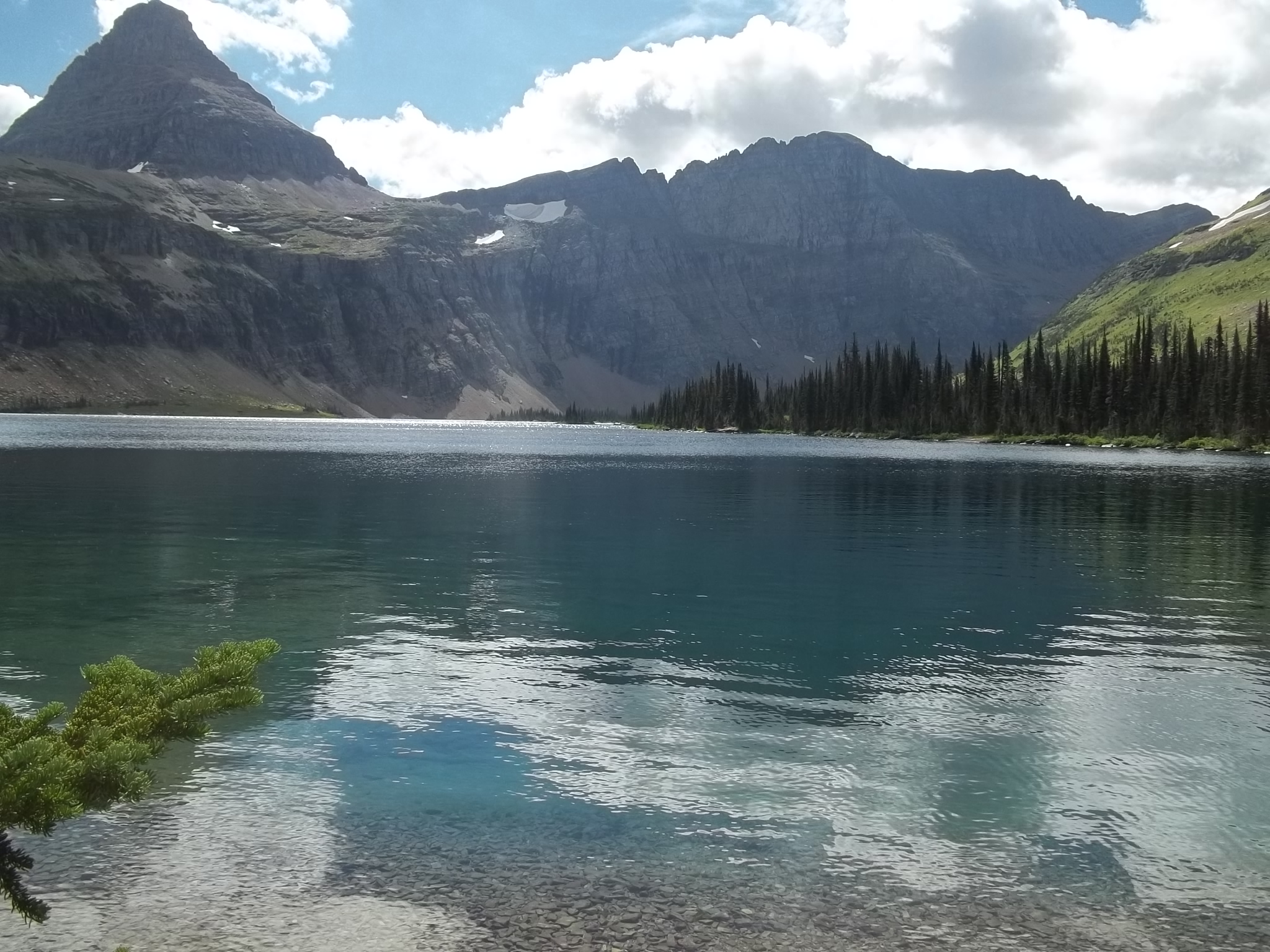 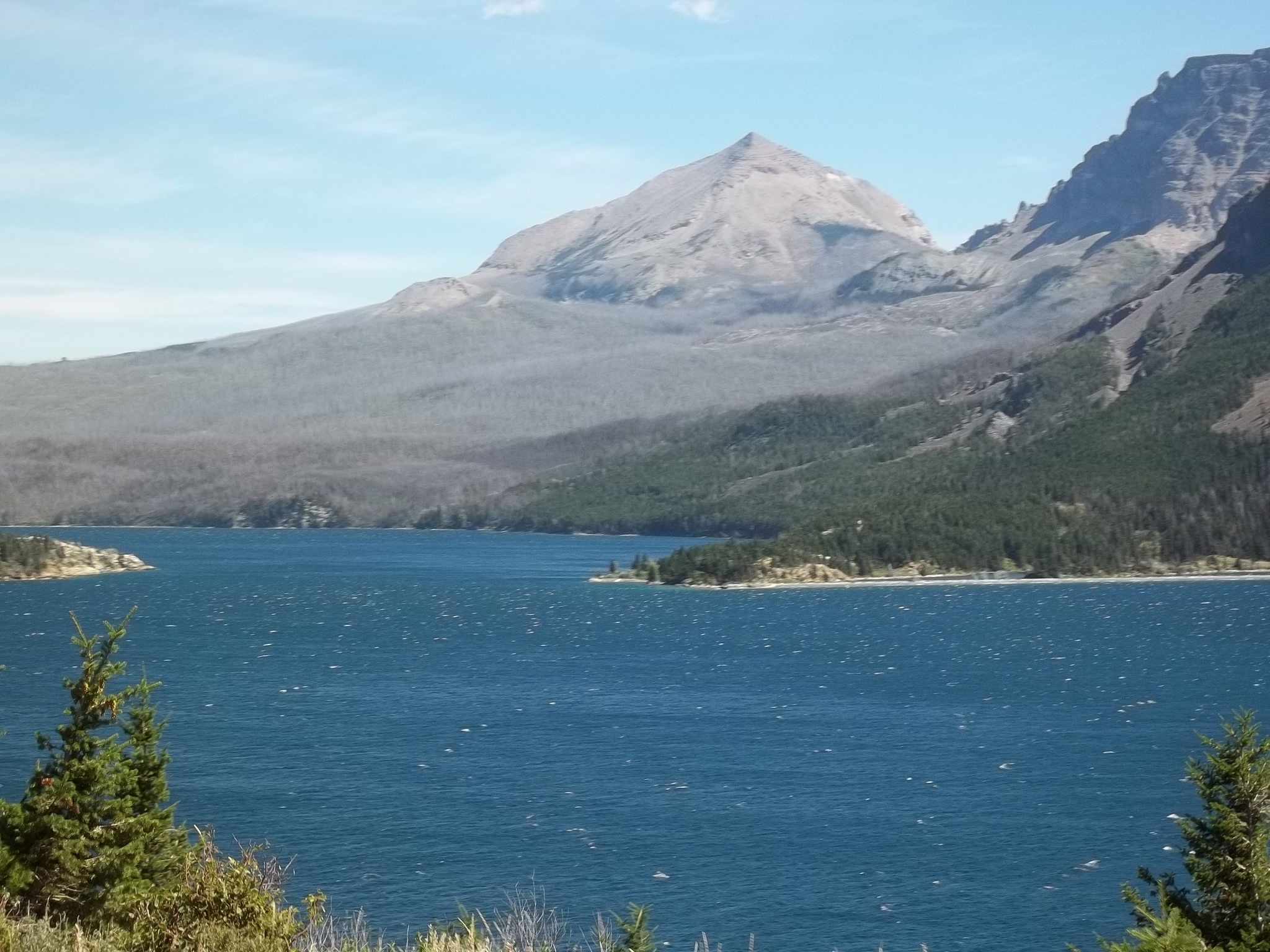 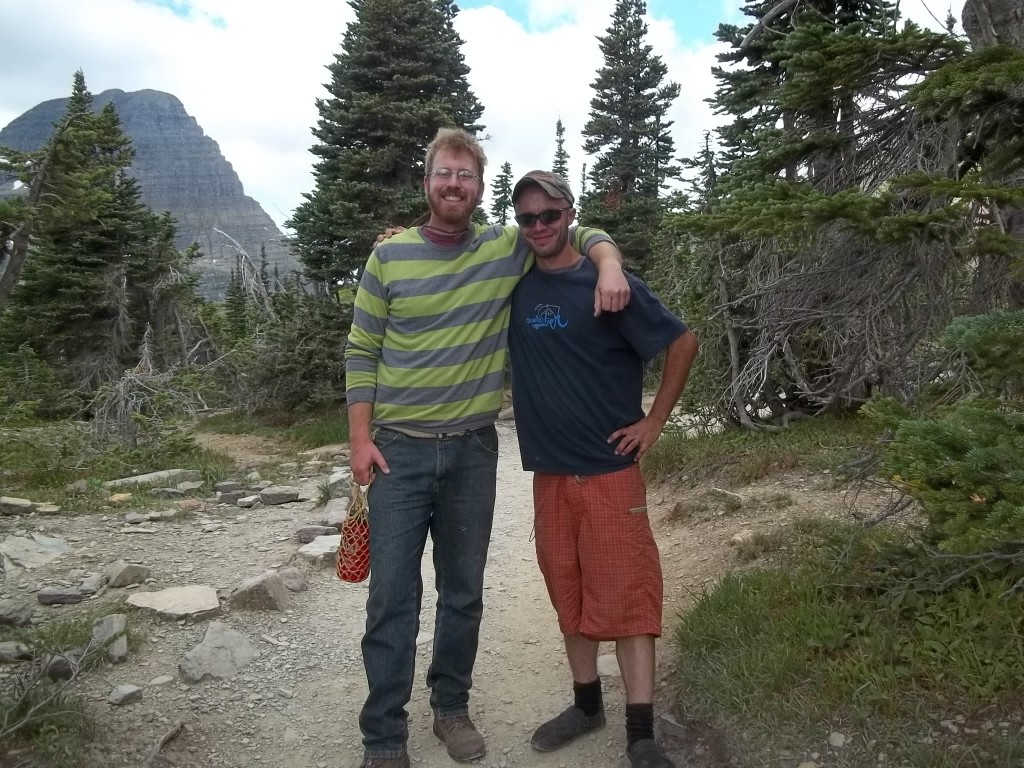 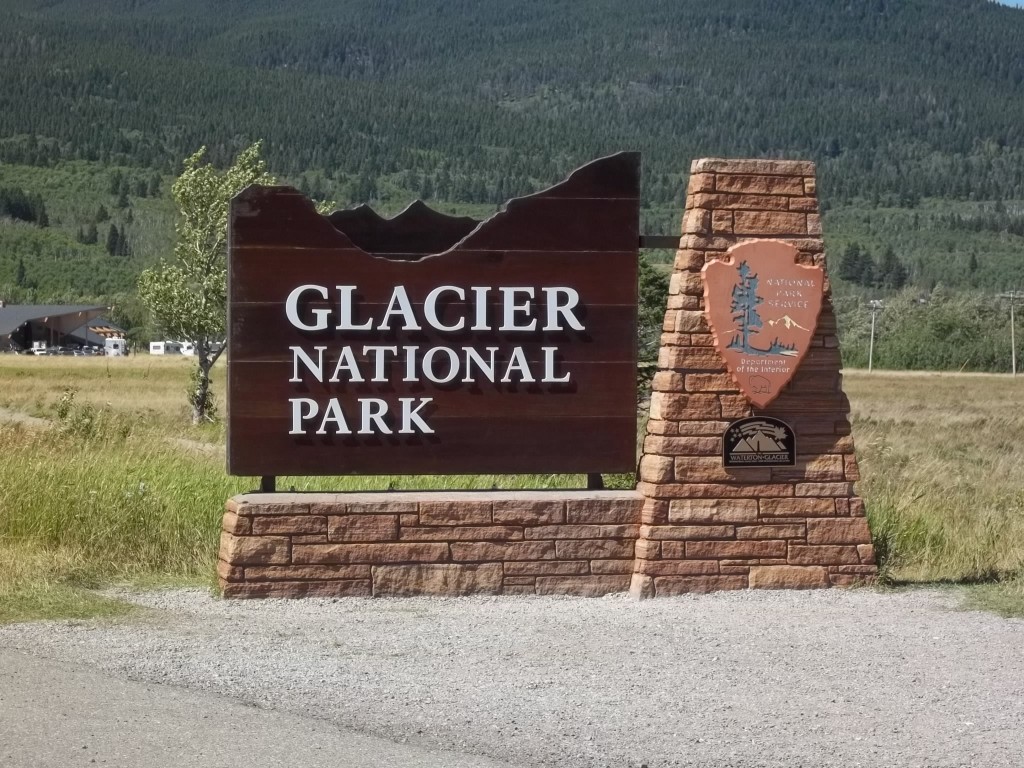 Actually, that’s not all! I almost forgot about the super-friendly polydactyl cat that was there. That’s a cat w/extra toes, which isn’t too big of a deal, but the Ernest Hemingway House in Key West, FL, is known for breeding these types of huge-footed felines. That said, there’s a decent chance (maybe? maybe not…) that this guy’s lineage traces back to the sandy tourist-filled beaches of Key West. If so, he, or rather his parents and parent before, have come quite a long way from South Fla all the way up to Northwestern Montana. Poor guy did a lot struggling so I could get this quite-boring picture of his paw. But this is proof he was there dammit! Also, you may only count five pads there and wonder why I just wasted your time w/this paragraph, but remember that cats have their “thumbs” down below, conveniently covered up by my index finger. Totally worth wrecking this cat’s afternoon.

Thanks again to Ann for hosting me, I had SO much fun at your place. I shall return someday to see your progress around the place which I am sure you will achieve. Good luck w/the the business and those ornery goats! 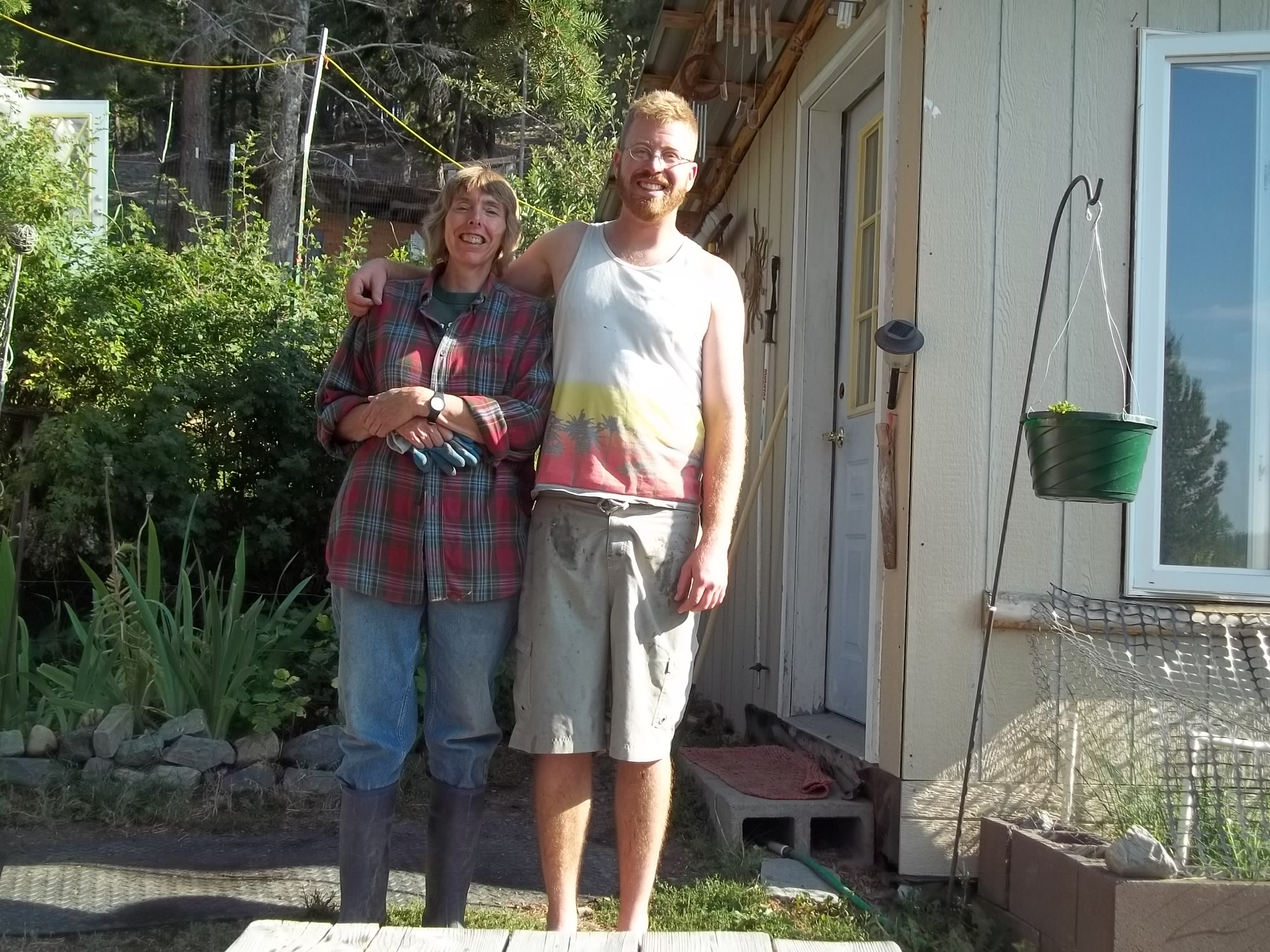 Now off to the 1899 Inn located in Deadwood, SD, which sounds pretty promising as far as working gigs go.