Somewhere between Montana & Chicago is where you are now…

So I’ve been really behind in this blog fantasyland of mine. Stuff got a little different than it usually does and well, I suppose that’s why you and I are here now. To get caught up. Welcome! Step into my office…sure, take off you’re shoes.

When we last chatted, I was leaving Ann’s cashmere heaven in Kila, MT for the western delight of Deadwood, SD. This was another B&B gig, second yet, though first in the states and I was excited for all the history in the area.

The gig ended up being only ok. 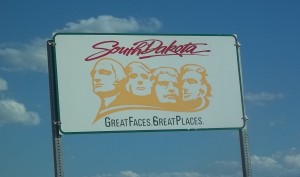 I was to help clean rooms and after the first go-around the wife got kind of mad at me for not cleaning a bathroom well enough and making the bed like “some kind of bachelor”. She was a tad cold after that but oh well. Her loss, per my mother. So, there!! The husband was a charm to be around though, nerdy in a really appealing way. He was pretty well read and could talk shop about some science fiction, which I always appreciate. He was down-to-earth too, never trying to one-up me about literature, and seemed interested in getting to know me. That last point is rarer than you might think. At one point I texted him if a certain set of sheets were ok to use and he texted back Go wild with your bad self. Awesome. It would have been cool to take a road trip with him and leave the wife behind to run the B&B, but that wasn’t happening. The 1899 B&B (which is the year it was built) was a side gig, they both ran what seemed to be a really successful advertising gig full time and were quite busy. The wife may or may not have dug me around, but I rose above, as they say. 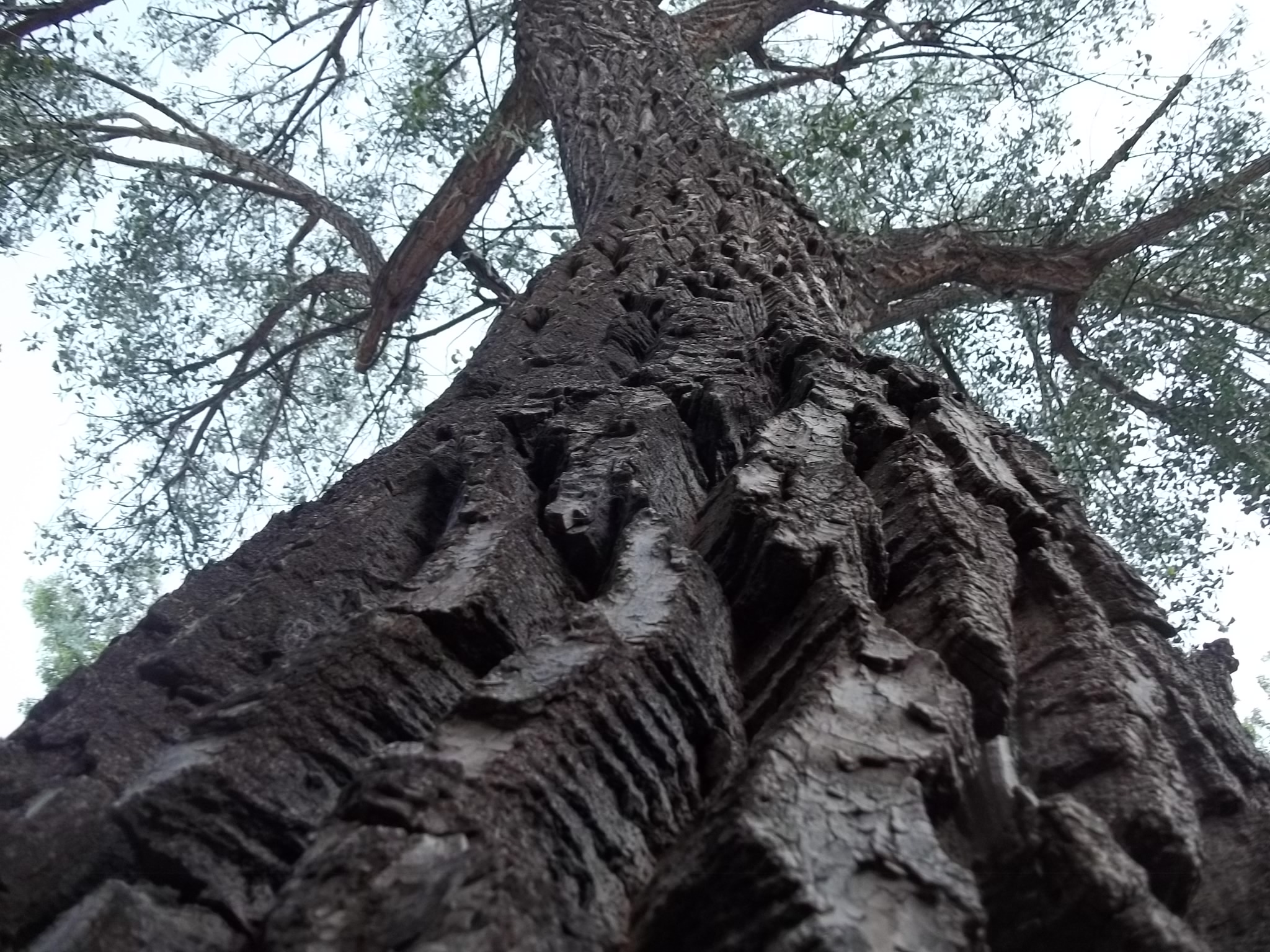 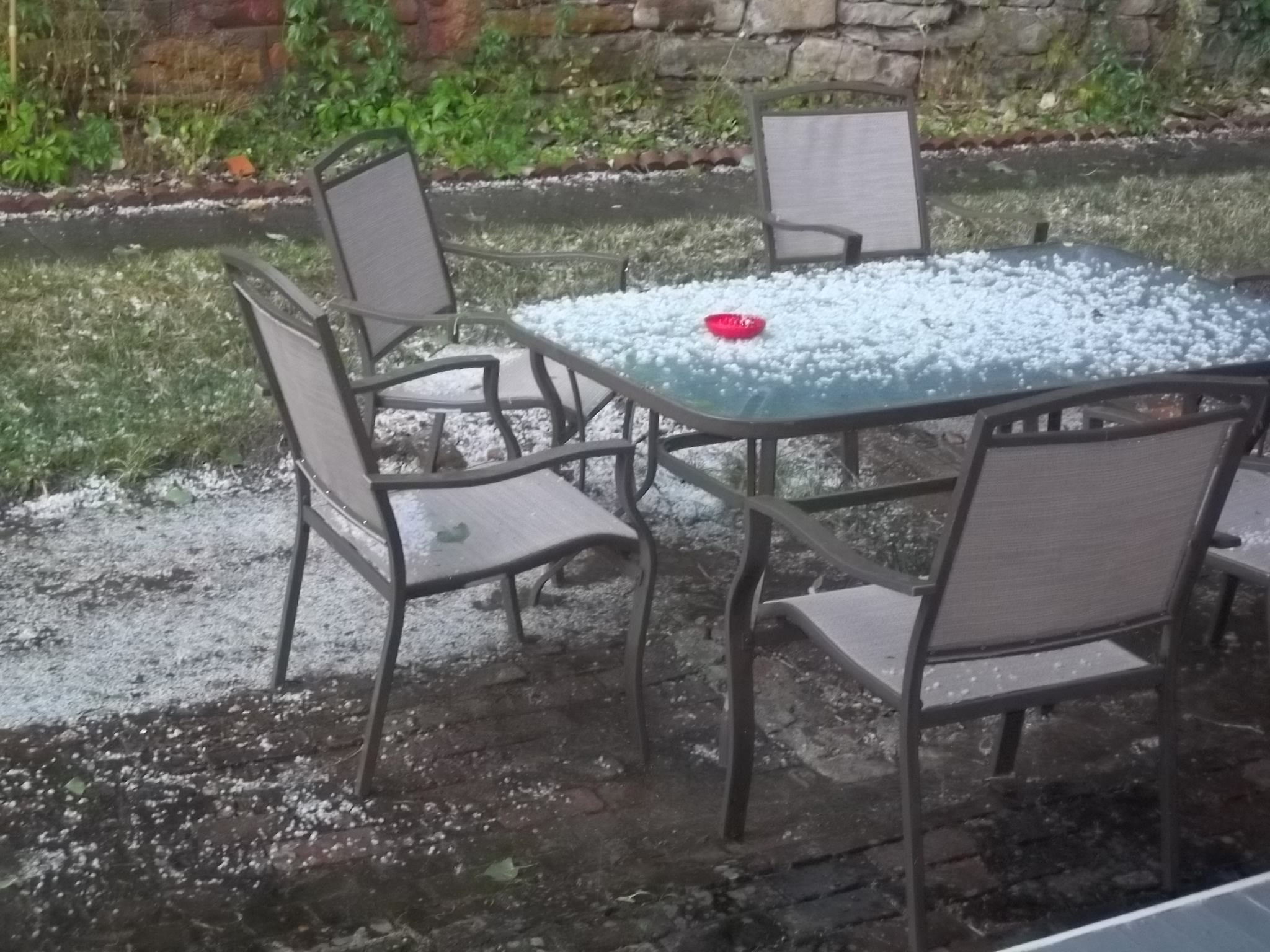 This hail fell down 20 minutes after the sun was out 110% and melted after the sun came right back out. Weird, huh? Go figure, SD.

I kind of forgot to take pictures of the house while there, but I did take a few choice day trips that have pictures as friends. I have found if I don’t take out that camera day one and start snapping pictures it takes a while to get it out. For whatever reason, this is strangely analogous to my issue of never putting away clean laundry if it isn’t folded immediately when it comes out of the dryer. It’s late, quit judging me…

First off was Mt. Rushmore, in Keystone, SD, a mere one hour away from the B&B. The mountain itself was, well, just some heads on a huge rock face and pretty underwhelming as far as things go. It’s also much smaller than you might think. I mean, it’s a beast and hundreds of feet tall, but waaaaayyyyy up that mountain from where we stand it’s smaller than I thought it would be. I mean, look at that picture right there, my head is almost the same size. 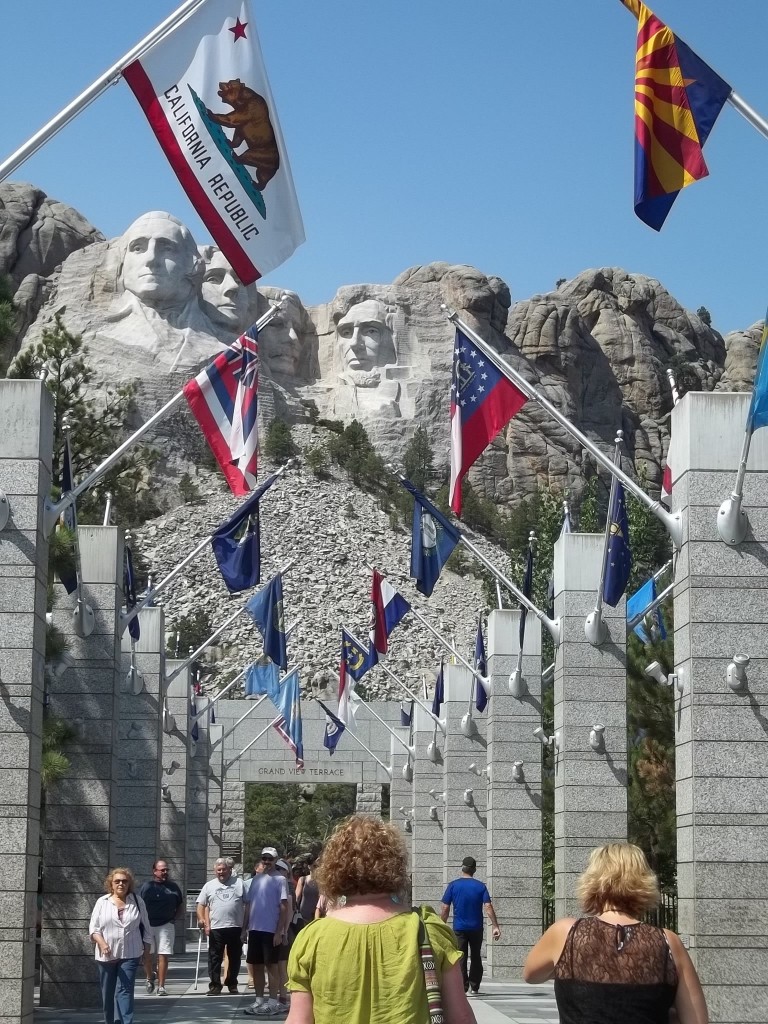 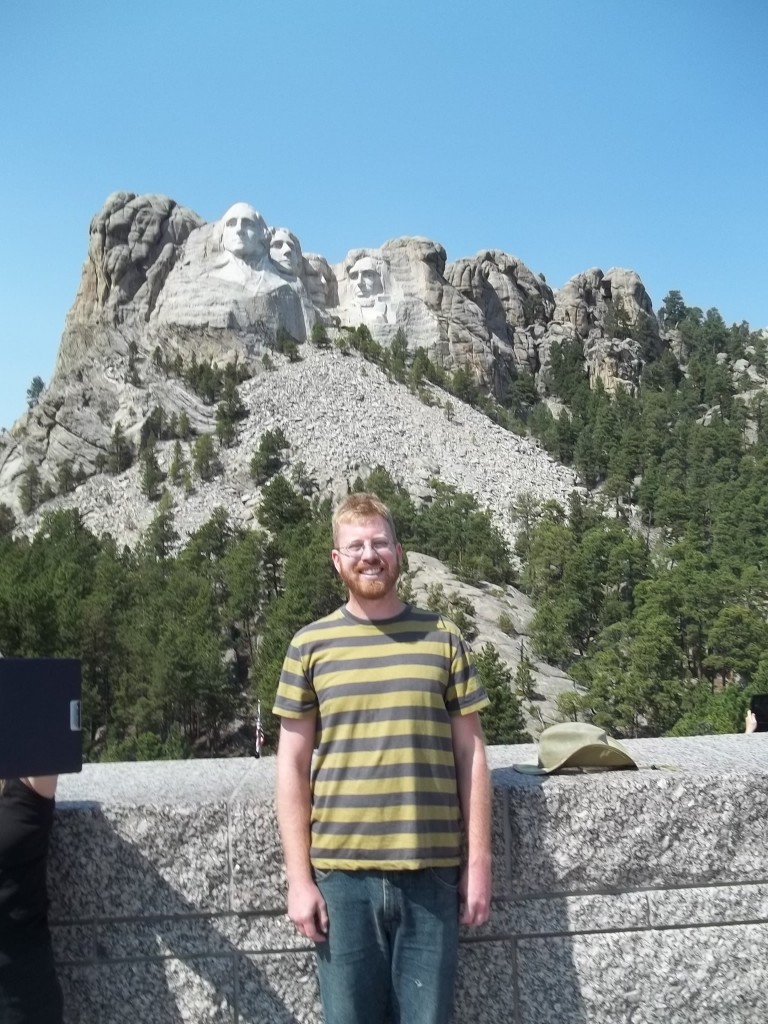 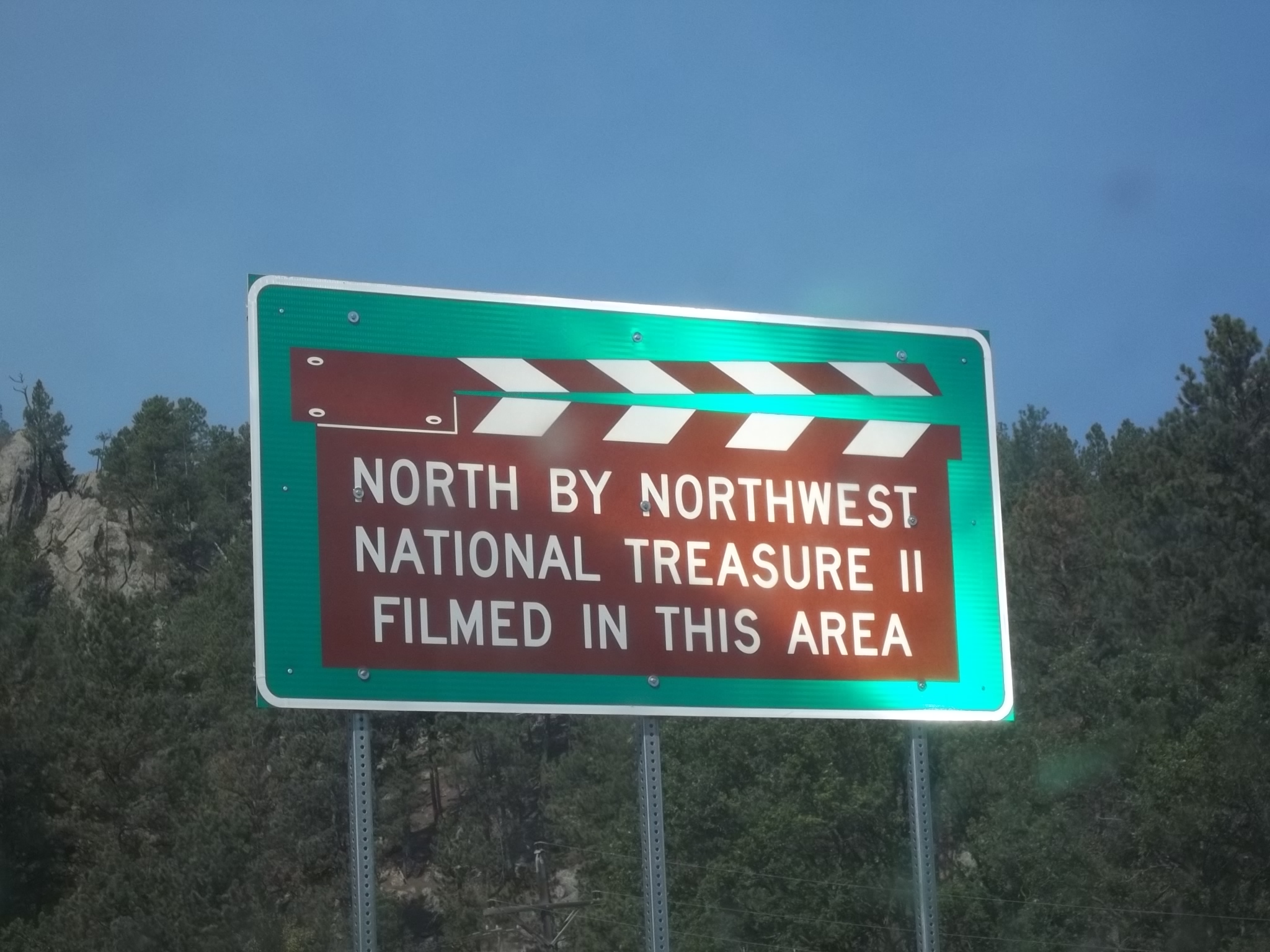 Too bad they roped a piece of trash like National Treasure 2 in w/something classic like North By Northwest. 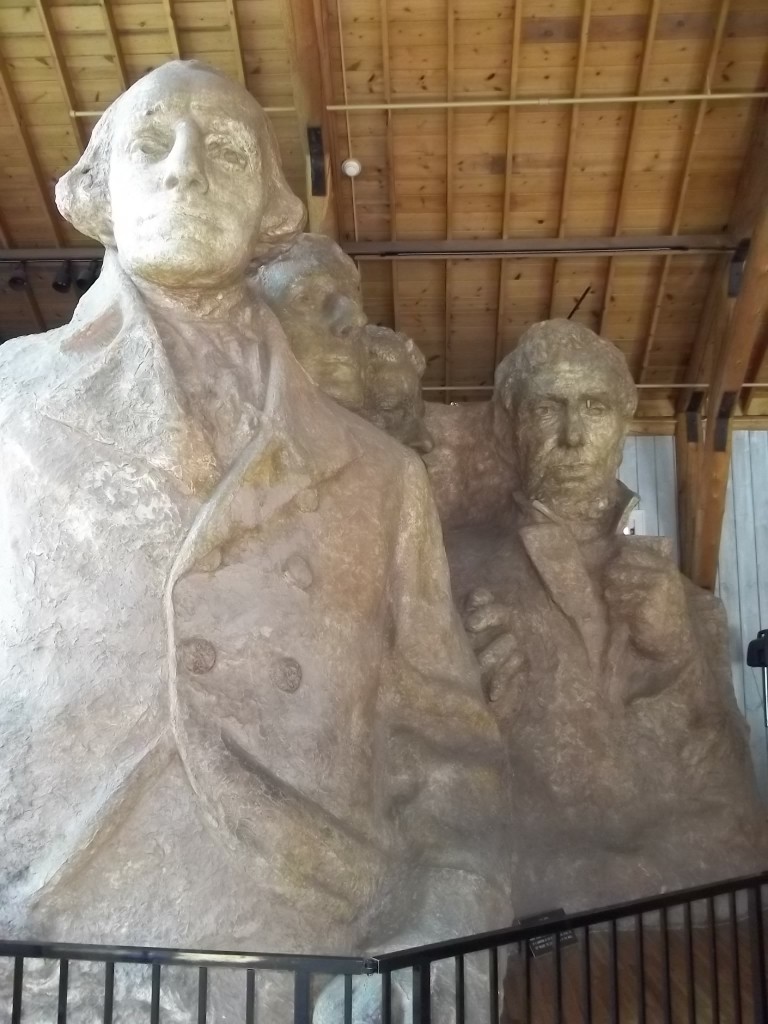 There was a nice trail running in front of the mountain with all kind of facts about this and that. In case you didn’t know, the four presidents featured on the rock face are, from left to right, George Washington, Thomas Jefferson, Theodore Roosevelt and ole Honest Abe. They represent aspects of this country and its growth. It’s been a few weeks, so don’t quote me, but George represents the founding of the US, Jefferson for the expansion of the US (think Louisiana Purchase), Lincoln for reuniting the country and Roosevelt for the preservation, as he got the national parks idea into motion.

There was info about the sculptor, Gutzon Borglum (what a name, right?) and the process he and his workers went about building this piece. It was all quite informative, but as always people watching became my favorite activity of the day. This is a huge stop for tourists all over the US and the world. I get in the habit of talking to everyone I can these days (travel by yourself for 6 months and you will miss having people around) and met a good number of families on US-wide road trips. Foreigners of all kinds were everywhere too, so I got myself a buffalo burger, parked myself by a thoroughfare and just watched some weird people. A great afternoon. I try to keep racial generalizations to a minimum here at Hey Hunter, but to go all “the hell with it”  between you and I for a hot minute: the true Asians (as opposed to Asian-Americans) tend to dress w/the craziest colors and fashions, European men always tuck their shirts in and are pretty business about it, Hispanic families are large but move efficiently due to a mother hen not taking any shit from anyone and Americans are ironically the most bored with what’s going on around us. These are my findings. Reporting from the front lines… 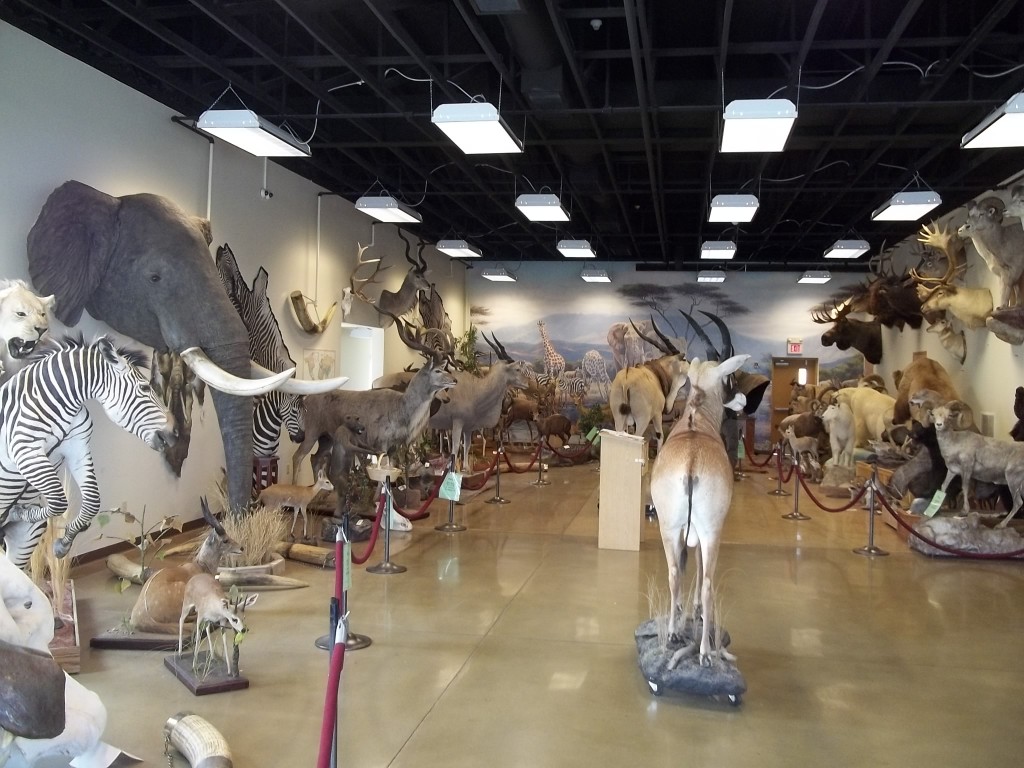 The second to last day there I fell in with this super cute French couple on holiday and we adventured off for a day together. Somehow I didn’t get a single picture with them (running a great blog here, I know) but Helene, Samir and I did some pretty rad stuff. Our first stop was a taxidermy museum run out of the side of a gas station. It was all real/super exotic and totally built out of the side of a Texaco. Ha! After that we found a military museum out of the Ellsworth Air Force Base in Box Elder, SD. Lots of old planes, informative plaques and tons of old people. Good stuff. The last stop was the buffalo museum in the town adjacent to Deadwood, which outlined the the short and swift decimation of the buffalo at the hands of the white man. It was depressing…but informative as well! I had SO MUCH FUN (and I’m someone who hates all caps) with Helene and Samir that day though. Our falling in together was pretty serendipitous and we spent the whole day just laughing and prying into each others way of life. Samir was Algerian, but raised in France and Helene was French through and through. I wish them all the best in life and thereafter. 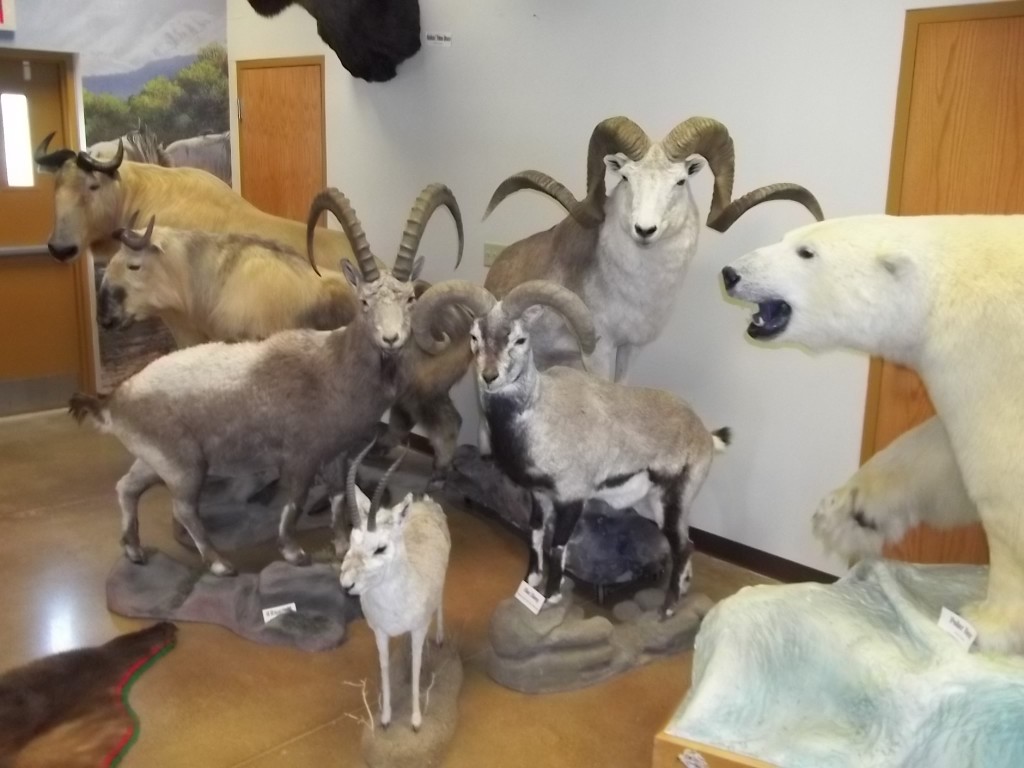 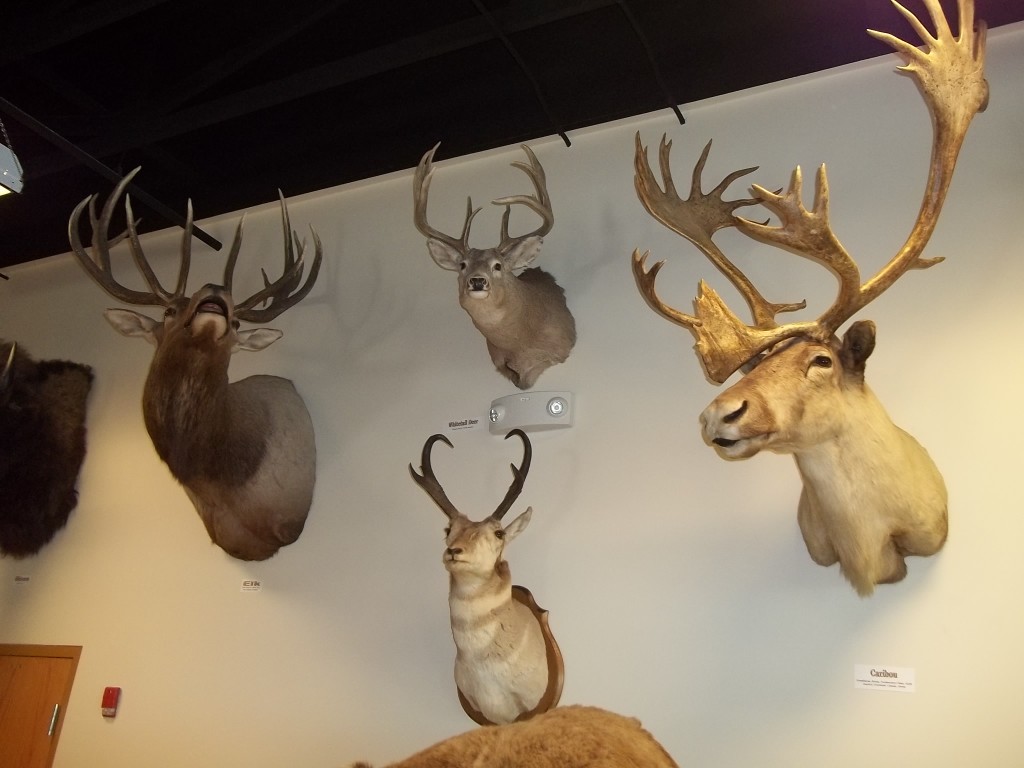 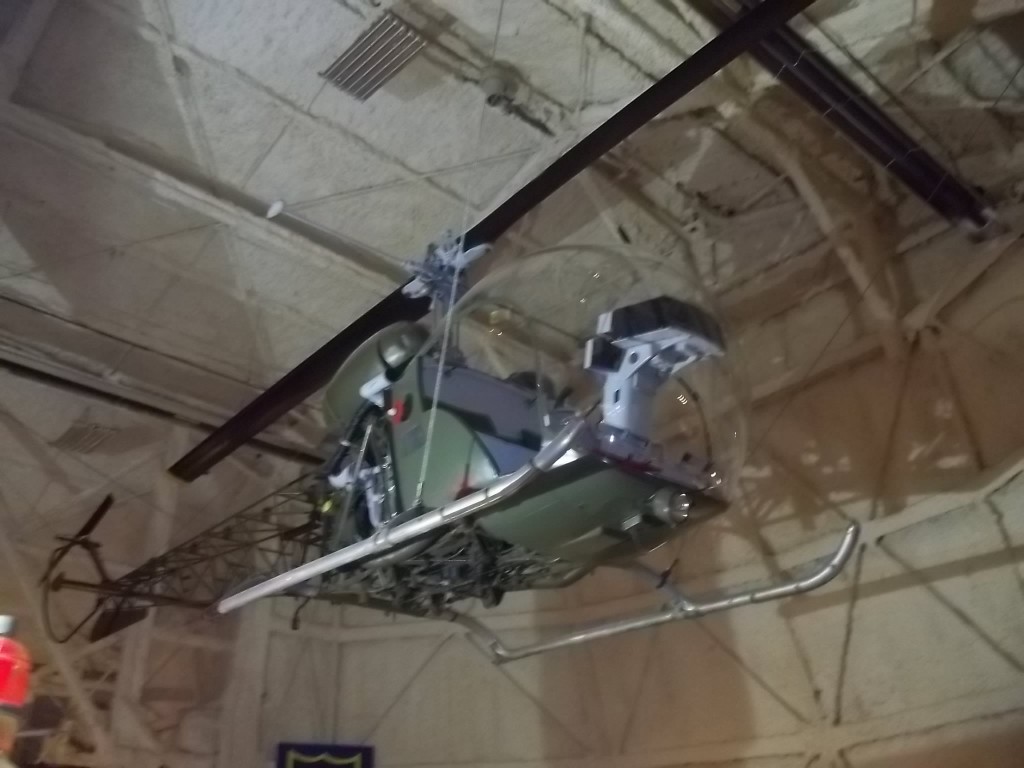 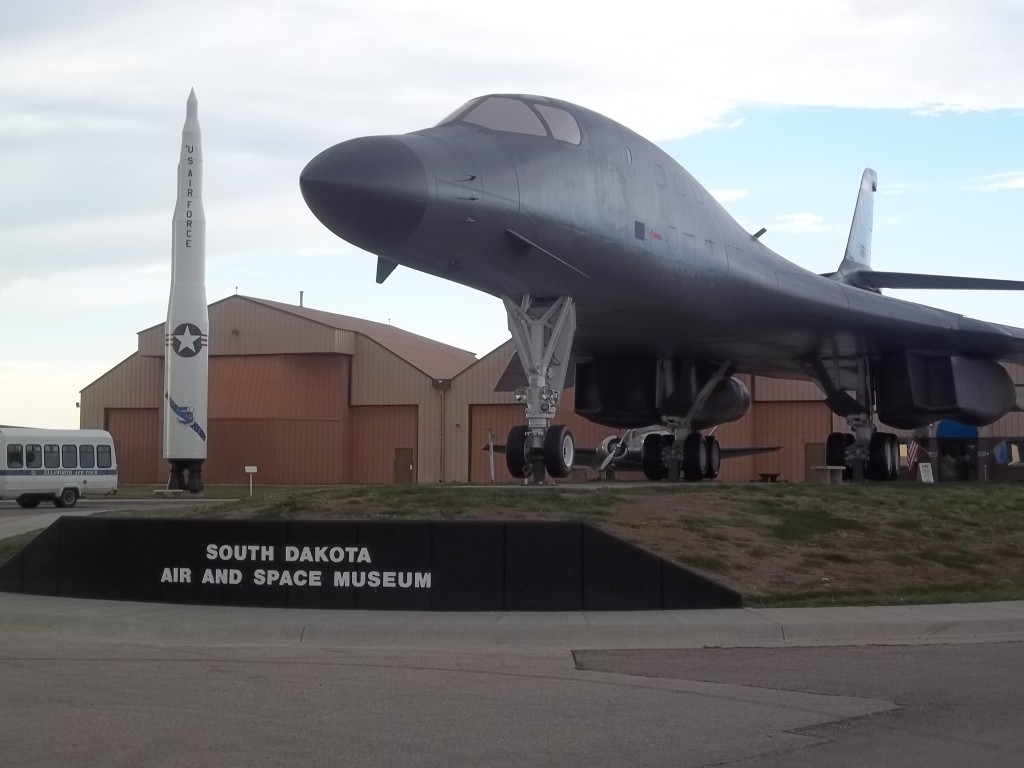 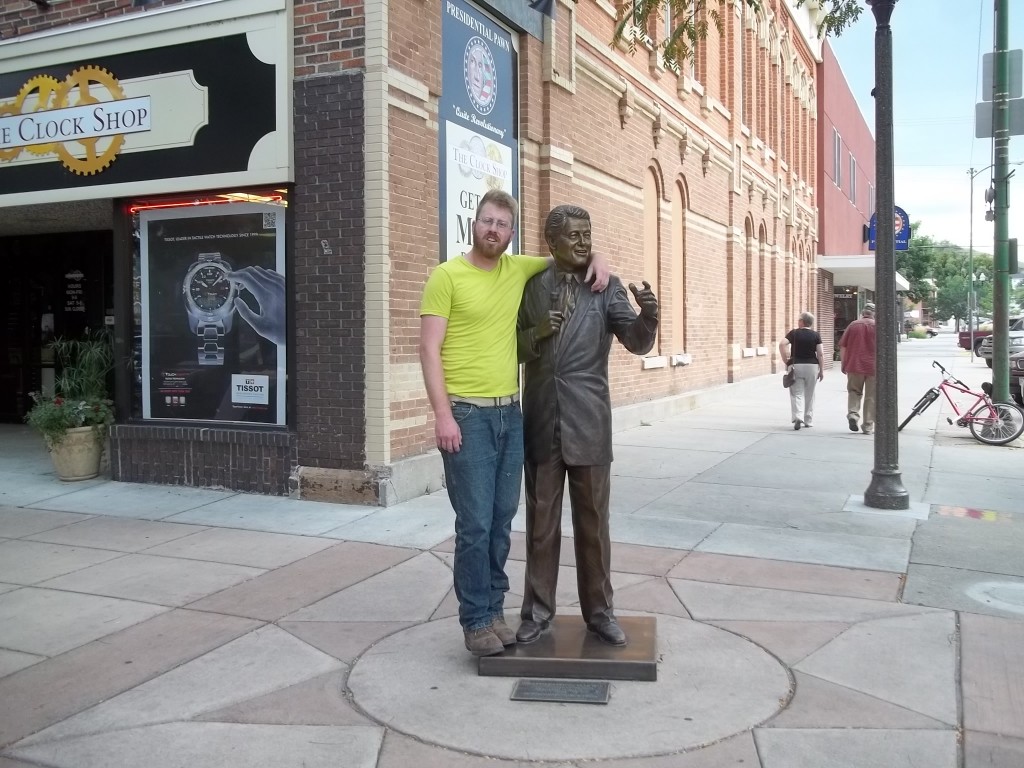 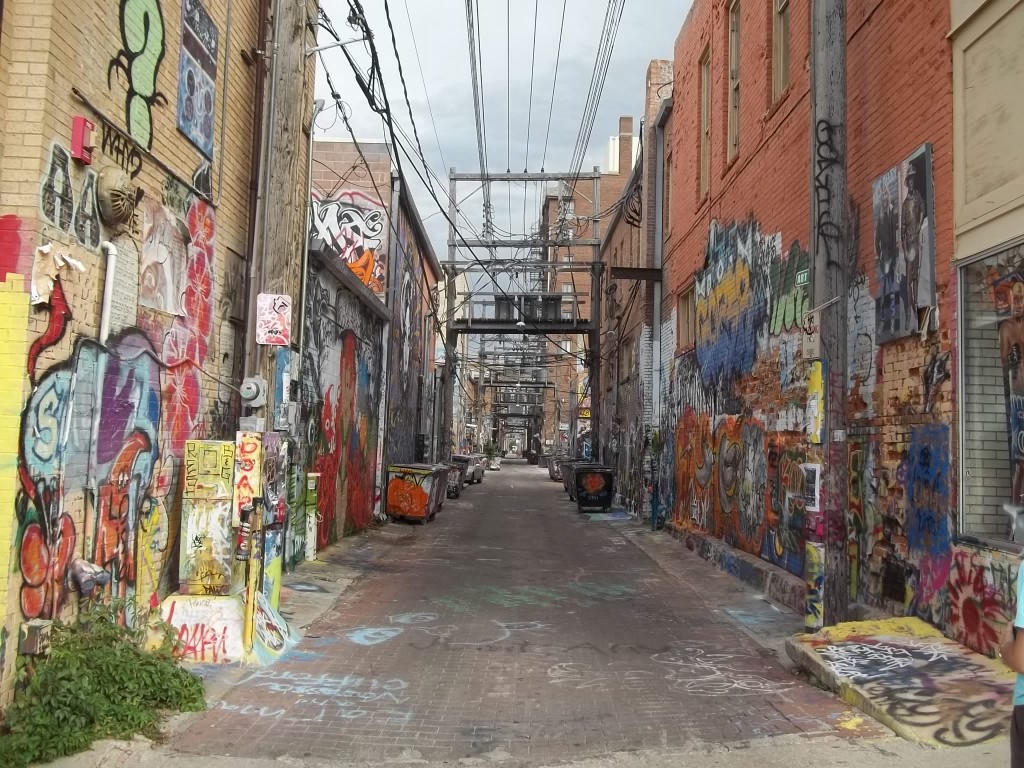 My last day in Deadwood was a day trip out to Jewel Cave National Park, which is pretty much as fucking cool as it sounds. Things got pretty dark, damp, claustrophobic, but never not fun! Plus our tour guide was pretty cute, which never hurts:) I think I am going to let these pictures speak for themselves. Pictures, speak thy mind! 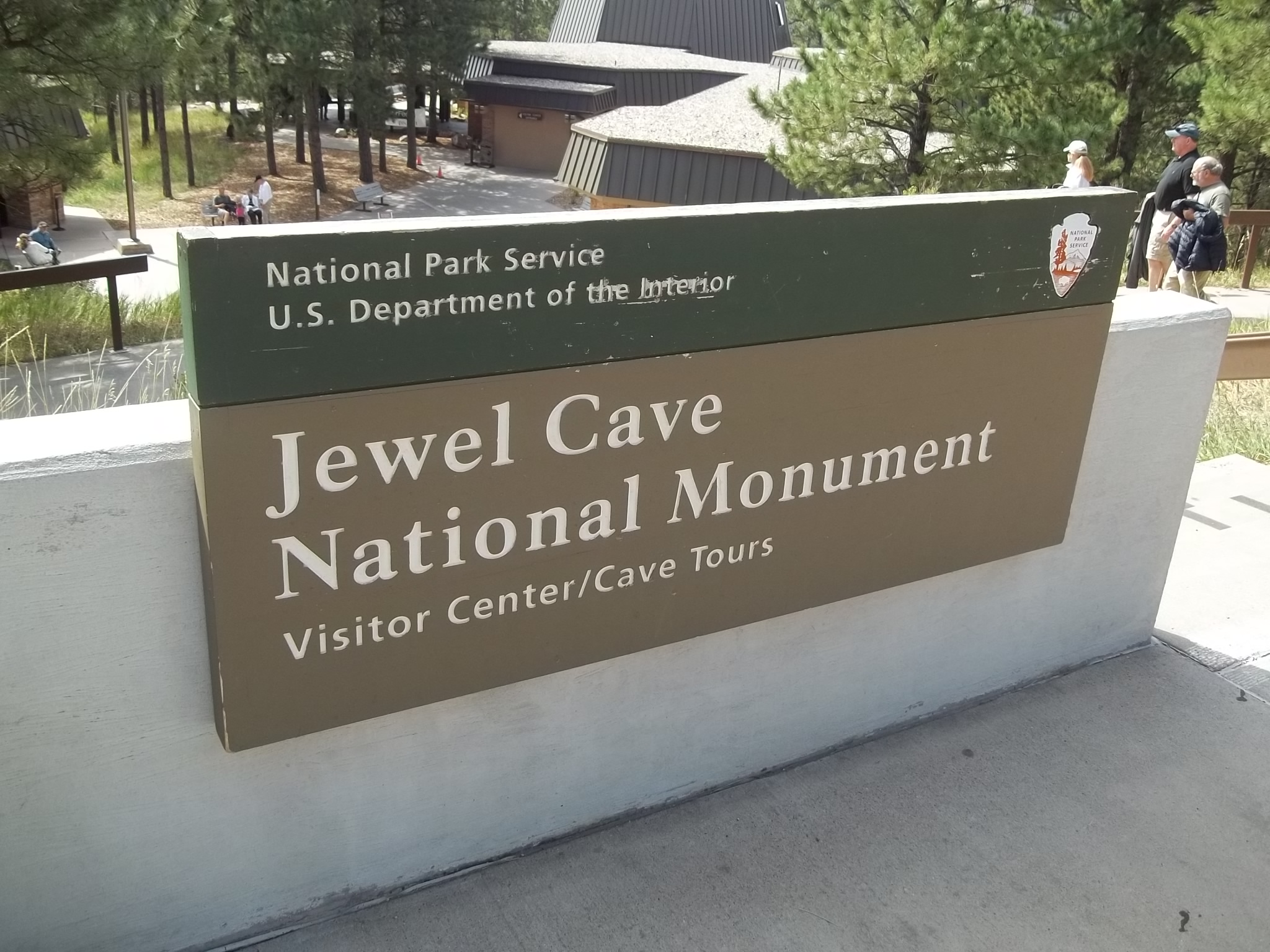 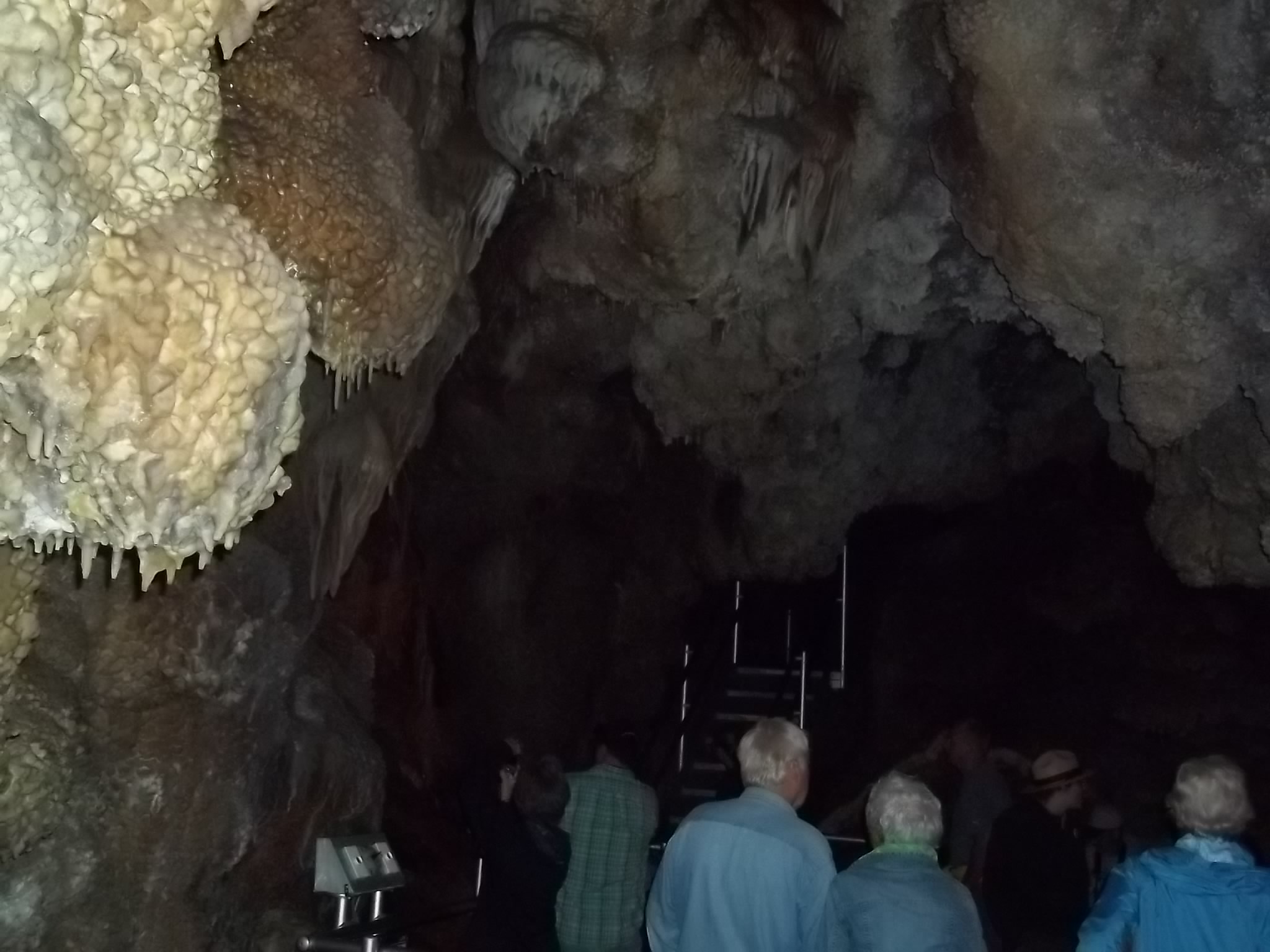 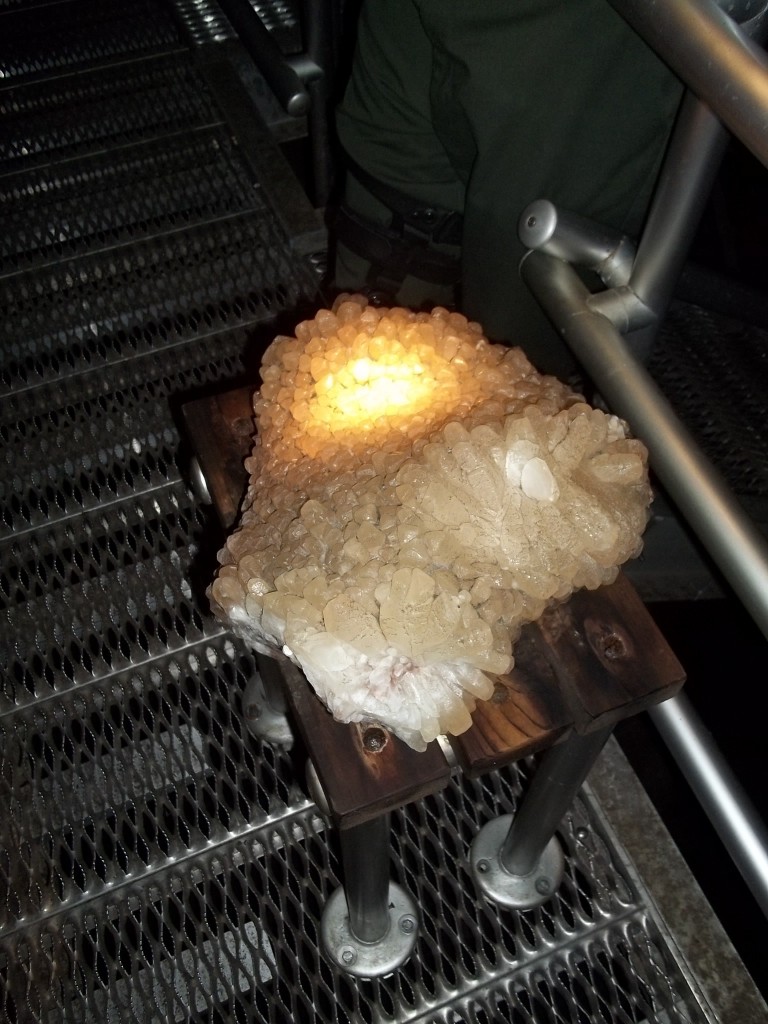 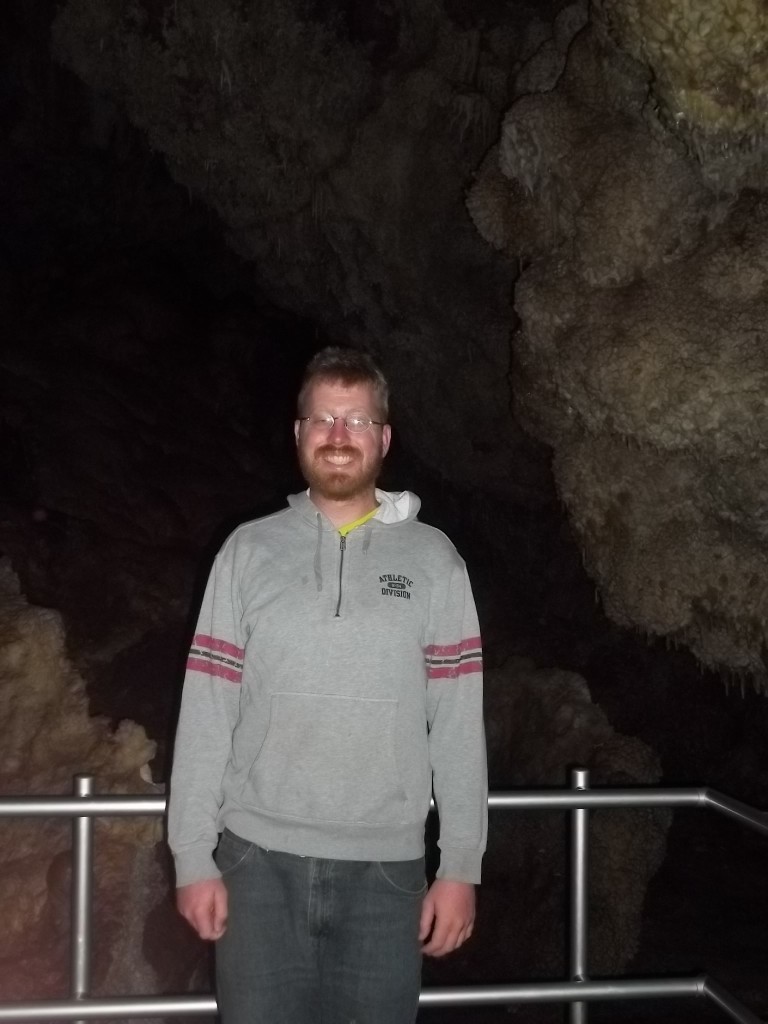 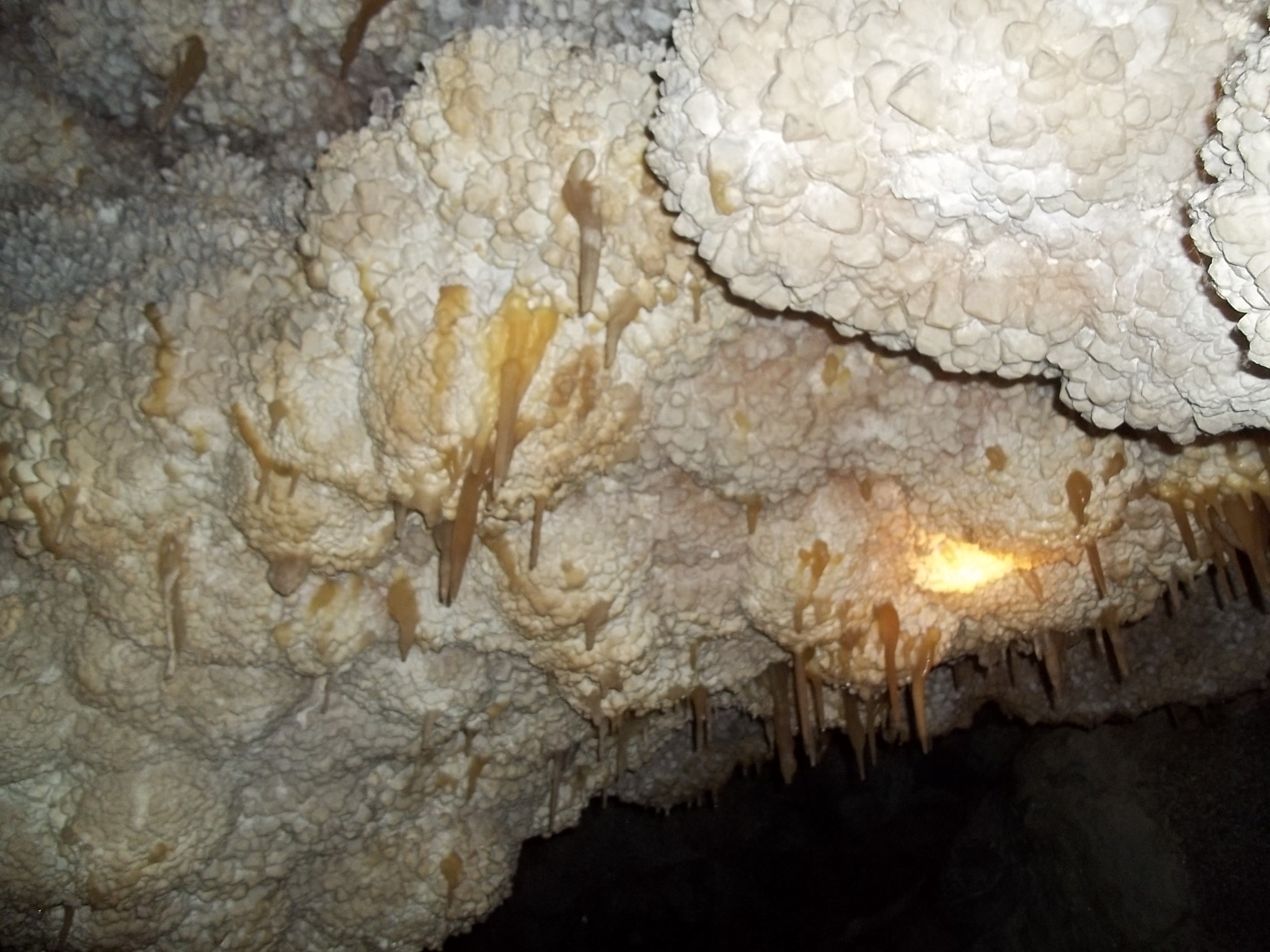 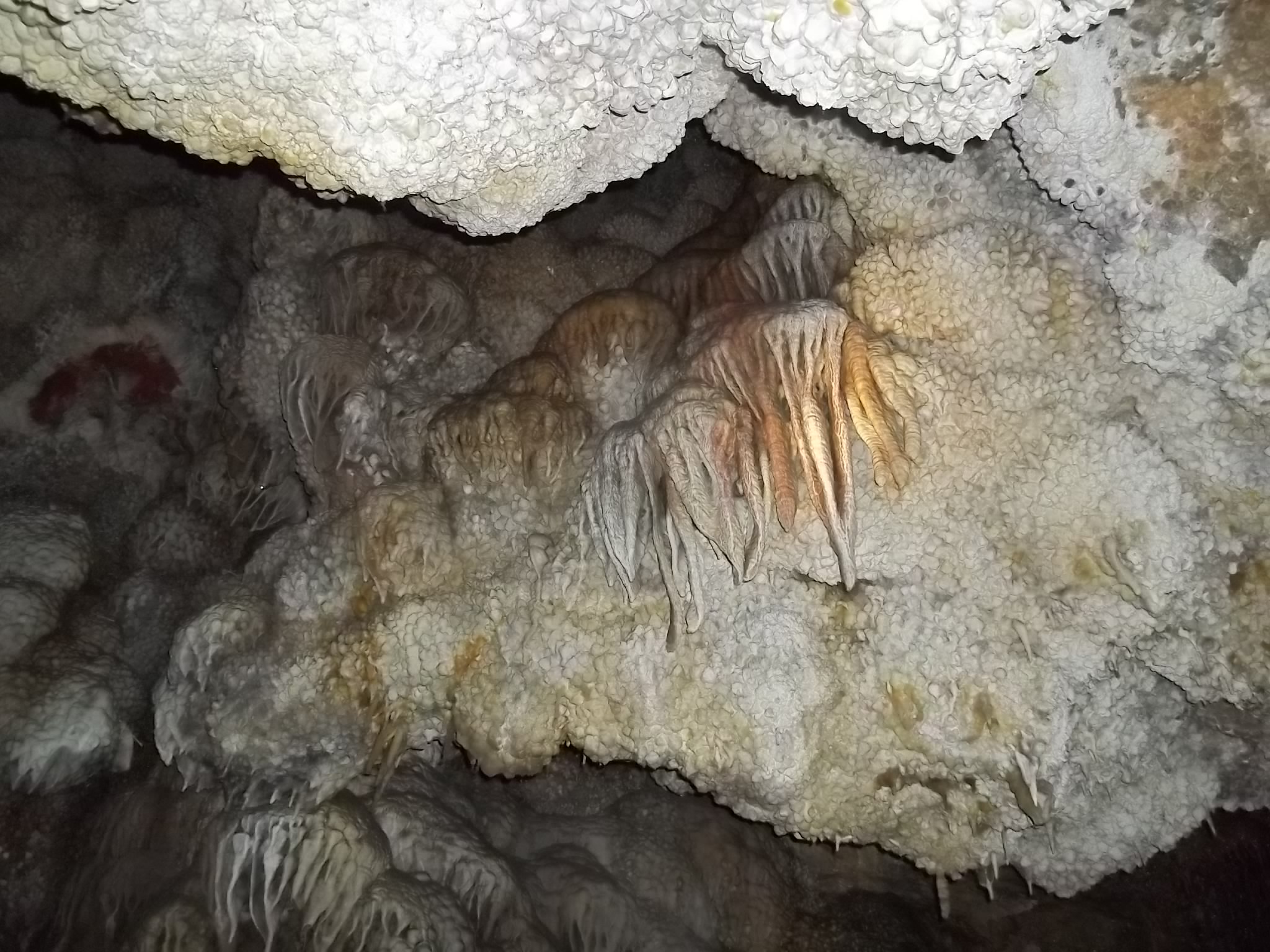 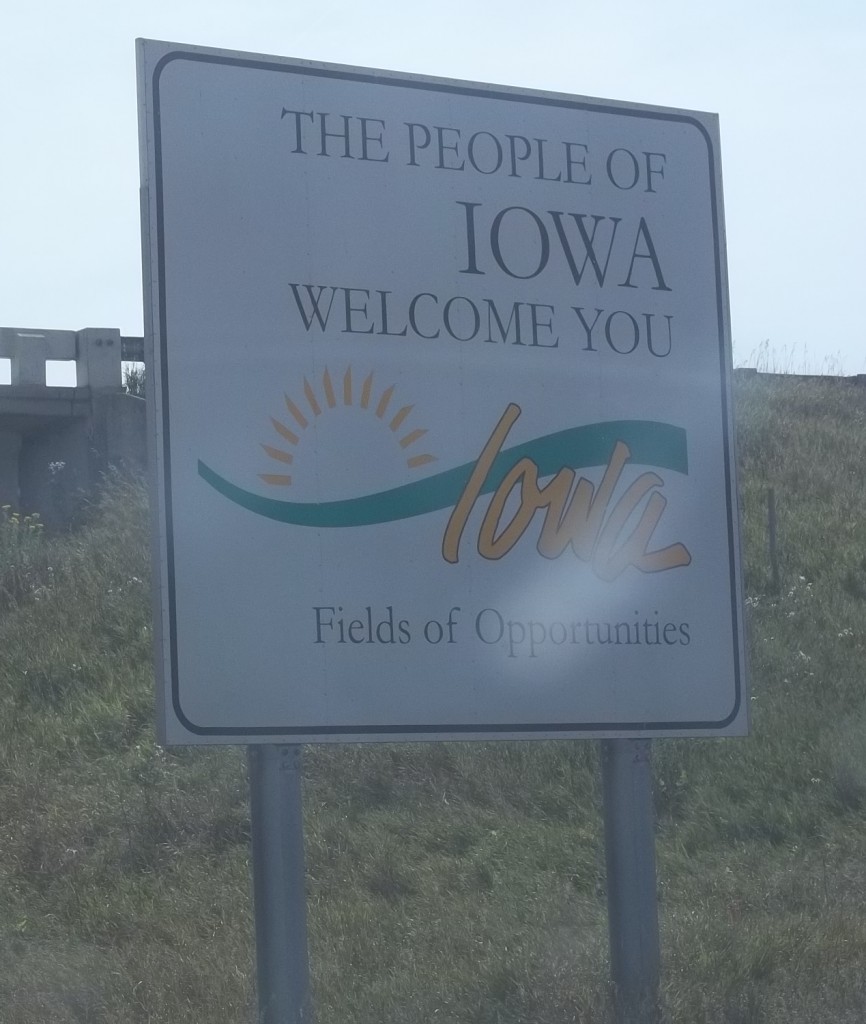 From there was a super short (like three days) stay w/Kimberli in Cedar Rapids, IA. It was so short b/c cousin extraordinaire Caitlin Steever hooked me up with free tickets to Riot Fest Chicago if I would cover the event for her friends blog, The Monarch Daily. Not only are concerts cool, but I love to cover things like that so jumped at the chance for a published piece and a press pass. Kimberli in Cedar Rapids didn’t care, she knew that this was a pretty sweet deal so off to Chicago I went.

I’m actually covering two more things this week and am having my pappy visit at the end of it. Don’t quote me on this number, but can you believe he hasn’t been to this city since the early 60s?!?! Paul MaCartney was good looking then! Once things settle down I will build an awesome Chicago post full of sugar, spice and everything nice.

Until then old friend…